On Nov. 28, 2022, a Florida circuit court held that a taxpayer correctly used the cost-of-performance method to source service revenue for purposes of the sales apportionment factor applicable for the Florida corporation income tax.1 Also, the court concluded that the Florida Department of Revenue (Department) could not require the taxpayer to use an alternative apportionment methodology. The decision may have implications for service providers and provides guidance with respect to the ability of the Department to utilize alternative apportionment.

Target Corporation (Target) is a nationwide online and brick-and-mortar retailer with stores located in numerous states, including Florida. The taxpayer in this case, Target Enterprise, Inc. (TEI), is a subsidiary of Target that for the audit period in question was paid to provide merchandising, marketing, and consulting services to Target under a retail operating services agreement (ROSA). Both Target and TEI are headquartered in Minnesota, with TEI having no property and a very small amount of payroll located in Florida in comparison to its operations elsewhere.2 The case concerned the method that TEI should use to source its service revenue from the ROSA to Florida.

TEI used a cost-of-performance apportionment methodology to source all of its service revenue from the ROSA completely outside Florida. According to TEI, most of the costs to perform the services occurred in Minnesota based on the location of its employees. The Department conducted a corporate income tax audit of TEI for the fiscal years Jan. 31, 2017, through Jan. 31. 2019. At audit, the Department asserted that TEI did not sufficiently support its cost-of-performance sourcing position, and also disagreed with this apportionment methodology. The Department required an alternative apportionment methodology by having TEI source its service revenue from the ROSA based on the retail square footage of Target stores in Florida compared to the retail square footage of Target stores across the country. After the Department issued an assessment to TEI for additional corporate income taxes, TEI appealed this assessment to a Florida circuit court.

Under Florida law, corporations are required to apportion their business income to the state using a three-factor formula comprised of a payroll, property and double-weighted sales factor.3 For purposes of the sales factor, a Florida regulation provides a cost-of-performance method to source receipts related to “Other Sales in Florida,” which generally is considered to include service revenue.4 Under this regulation, if the income-producing activity giving rise to the service revenue is not conducted solely in Florida, the revenue is attributable to Florida if the greater proportion of the income producing activity is performed in Florida, based on costs of performance. Thus, if the greater proportion of the costs to perform the income-producing activity is incurred outside Florida, none of the related receipts is apportioned to Florida. It should be noted that despite the references to costs of performance, the Department has interpreted this regulation to apply market-based sourcing in many instances over the past several years.5

The circuit court agreed with TEI that the cost-of-performance method as provided in the Department’s own regulation should be used to source TEI’s service revenue. Under this method, TEI’s income-producing activity was performing services for Target under the ROSA. Because these services were performed by TEI employees, the court determined that the best evidence of the costs to perform these services was TEI’s payroll apportionment factor workpapers. Due to the fact that the greater proportion of the payroll costs to perform TEI’s services was incurred outside Florida, none of the service revenue was apportioned to Florida.6

The court’s endorsement of the taxpayer’s ability to use cost-of-performance sourcing with respect to its service revenue, and rejection of the Department’s use of an alternative apportionment methodology that would have applied a form of market-based sourcing by looking through to the taxpayer’s parent’s business activity, is intriguing. Initially, the case may potentially provide a level of comfort for taxpayers that a rudimentary payroll calculation is enough to support a cost-of-performance analysis. Service providers that incur a greater proportion of their costs to perform their services outside Florida, but that have a significant market presence in Florida, may want to determine whether this case provides sufficient support for a cost-of-performance sourcing approach. Measured consideration should be given to take such a position on either prospective original returns, or through the filing of amended returns for open tax years as a protective claim in anticipation of further clarification regarding this issue. However, given the importance of this issue, the likelihood that the Department will appeal this decision, and the possibility that more litigation on service revenue sourcing could be on the horizon, it may be premature to conclude that market-based sourcing is no longer a viable method to source service revenue.

There are a couple items of note that are important to consider when assessing the implications of this case. First, the specific facts of the case present a generally simplified situation, wherein TEI essentially had one customer that was served from one primary location. For many other taxpayers, though, there would be multiple customers and multiple locations from where the services are being provided. The regulation indicates that the sourcing analysis applies to each separate item of income, based on the transactions and activity engaged in to generate the income, such that a deeper analysis of what comprises the underlying costs of performance may be required. Second, the court did not address the overall validity of the market-based sourcing approach in the context of the income-producing activity under the regulation, but instead considered this sourcing approach under the application of an alternative apportionment methodology. The Department has administratively derived a market-based sourcing position through numerous rulings, wherein it has looked to the legislative history and intent of the state’s sourcing laws. The impact on the income-producing activity determination therefore remains unaddressed through this case. Depending upon the next steps taken by the Department, taxpayers that applied a market-based sourcing methodology on Florida returns should consider the impact of this decision on their prior Florida returns and on their tax provision.

With respect to the alternative apportionment issue implicated in this case, the decision does provide helpful perspective on the potential limits on the Department’s powers in this area. Again, pending an appeal in this case, taxpayers may be empowered to raise challenges to the Department’s ability to use alternative apportionment, especially in matters where the Department is asserting adjustments that implicate combined reporting concepts that run counter to Florida’s historic separate reporting regime. 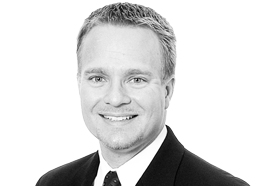 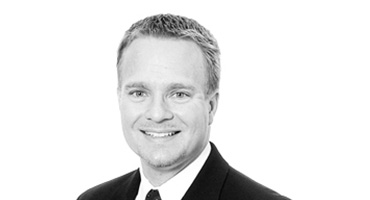 Chris has over eighteen years of experience in public accounting, with over sixteen years of State and Local Tax focus. He joined Grant Thornton in November 2005.