On June 29, 2020, the California Court of Appeal for the First Appellate District reversed a trial court decision in part, and held that California could tax the entire amount of trust income derived from California sources, regardless of the residency of the trust’s fiduciaries.1 Further, the Court affirmed the trial court judgment in part by confirming that the beneficiary of the trust at issue was noncontingent, as the trust instrument authorized (but did not mandate) the trustees to make distributions.

During 2007, the Trust received an allocation of gain related to its ownership interest in Syufy Enterprises LP, which had sold various stock holdings in Century Theatres Inc., Century Theatres Holdings LLC, Cinemark USA Inc., and Cinemark Holdings LLC.2 On its corresponding California income tax return, the Trust reported gross income of $2,965,099 including the capital gain from the previously described stock sales), and paid tax on income from California sources in the amount of $233,425. In 2012, the Trust filed an amended 2007 California fiduciary income tax return claiming a refund of $150,655, on the basis that only 50% of the trust’s allocation of gain from the stock sale was subject to California taxation. The Trust claimed that the proration of the gain was necessary because Cal. Rev. & Tax. Code Sec. 17743 required the use of a 50% apportionment ratio determined based on the percentage of California resident trustees.3 The California Franchise Tax Board (“FTB”) denied the request for refund, and an appeal to the State Board of Equalization (“BOE”) followed. On appeal, the BOE rejected the Trust’s refund claim, and a tax refund suit was filed in 2016.

At the trial court, the Trust’s motion for summary judgment was granted, and the court held that: (i) Ms. Medeiros was a contingent beneficiary, and (ii) the Trust’s California taxable income is determined using an apportionment percentage based on trustee residence under Cal. Rev. & Tax. Code Sec. 17743. Following the trial court’s decision, the FTB filed an appeal with the California Court of Appeal for the First Appellate District.

Before the Court of Appeal, the Trust argued that California’s rules for determining a nonresident’s income from California sources do not apply to trusts because the term “resident,” as used in the statute refers only to “individuals” or “natural persons.”4 Therefore, under the Taxpayer’s position, the taxable income of the Trust must be determined under Cal. Rev. & Tax. Sec. 17743 and not the rules for nonresident individuals set forth in Cal. Rev. & Tax. Code Secs. 17041 and 17951, and the regulations thereunder.

The Court of Appeals found this argument unpersuasive, reasoning that Cal. Rev. & Tax. Code Sec. 17014 does not expressly limit the definition of “resident” to “individual” or “natural persons.”5 Instead, under Cal. Rev. & Tax Sec. 17731, federal income tax provisions are incorporated into the California income tax code directing that a trust’s taxable income be computed “in the same manner as in the case of an individual…”6 Against this backdrop, the Court of Appeals concluded that Cal. Rev. & Tax. Code Sec. 17041 requires calculation of the Trust’s California taxable income as if the trust were a nonresident individual.7 As a result, the court concluded that “trusts are taxed on all California-source income without regard to the residence of fiduciaries.”


Section 17743 then applies in the limited circumstance “[w]here the taxability of income under this chapter depends on the residence of the fiduciary”—meaning the income is derived from non-California sources since the only basis for taxing the income is residency—“and there are two or more fiduciaries for the trust . . . .” (§ 17743, italics added.) In that situation, the non-California-source income that is taxable under section 17742 “shall be apportioned according to the number of fiduciaries resident in this state…”

Under this interpretation, the two statutes were reconciled by the Court’s conclusion that the apportionment ratio based on fiduciary residency described in Cal. Rev. & Tax. Code Sec. 17443 applies only to income derived from non-California sources when there are two or more trustees, one of which is a California resident. Finally, the Court analyzed both legislative history and intent to support the legitimacy of this interpretation.

Pursuant to Cal. Rev. & Tax. Code Sec. 17742, trust income may also be taxed based on residency, regardless of source, if there is a noncontingent California beneficiary. On the issue of whether the beneficiary’s interest in the Trust was contingent or non-contingent, the Court highlighted that a contingent beneficiary exists when “a trustee has absolute discretion to allocate net trust income to the beneficiary.”8 To support its position that the beneficiary’s interest was non-contingent in this case, the FTB argued that factors extrinsic to the trust document should be considered, such as the beneficiary being notified of distributions, planning for distributions, or directing how distributions are paid. Finding these arguments unpersuasive, the Court instead reiterated that when determining the existence of a contingent beneficiary, “the intention of the settlor as shown by the document creating the trust is the most important single element in the determination of the rights of the trustee.”9

Limiting the taxability of trust income in California is a frequent goal of estate and trust tax planning due to California’s historically high income tax rates. This decision may further add to the complexity involved in such planning by confirming the application of California’s nonresident individual income tax sourcing rules to trusts, and limiting application of the trustee residence-based apportionment provisions of Cal. Rev. & Tax. Code Sec. 17443 to the apportionment of income not otherwise derived from non-California sources when one or more trustees are California residents. Cal. Rev. & Tax. Code Sec. 17742(a) limits California’s right to tax the entire taxable income of a trust based solely on the residence of a contingent beneficiary yet allows for complete taxation of trusts with non-contingent beneficiaries domiciled in California. Estate and trust planners will likely take note of the traits considered by the Court to determine in this instance that the beneficiary was contingent.

It is important to note that both the Trust and the FTB could appeal this decision to the California Supreme Court. Generally, California Court of Appeal decisions become final 30 days from the date they are filed unless a petition for rehearing is requested and granted within that time frame. Absent a granted petition for rehearing, the parties would have ten days to petition the California Supreme Court for review, which has discretionary authority to hear the case. 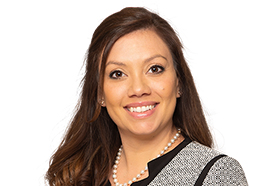 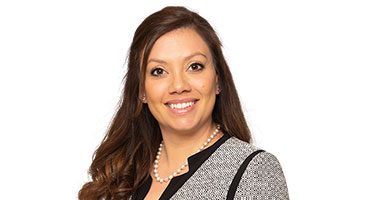 Angie has more than ten years of experience in public accounting with Grant Thornton. Her area of specialization is in private wealth services including high net worth individuals