With 2020 in the rearview mirror and a new administration at the helm, the traditional commercial/retail banking sector is bracing for change.

A closely divided Senate means that legislative reform may be painstakingly slow. But in the White House, the Biden administration’s appointees — particularly for key regulatory positions — are certain to have a significant impact on financial services policy. Among bank regulators that will see new appointees in the next few months are the following:


With the administration transition completed, the regulatory agenda will change. With the moratoriums and protections put in place on foreclosures being phased out, banks and other lenders may see a significant uptick in non-performing loans. Therefore, moving forward, the new administration is poised to focus on increased regulatory oversight aimed at both compliance and risk.

Here are a few areas where we anticipate a rapid shift in regulatory attention.

One area that will draw scrutiny is the Community Reinvestment Act (CRA). For the first time in 40 years, the OCC has moved in an entirely different direction than the FDIC and the Federal Reserve. It has already issued final changes to the CRA, while the other two agencies responsible for the CRA have remained indecisive, resulting in a bifurcated CRA rule — a rarity in regulatory history.

This new rule from the OCC helps clarify for banks what activities qualify for credit under the rule. It also helps create a more consistent and objective method for evaluating CRA performance, expands the definition of “assessment area” to better accommodate banks with limited physical locations or wider market areas, and provides for more timely and transparent CRA-related data collection, recordkeeping and reporting. Now, however, with inconsistent rules and regulations, banks will have to follow a different set of rules depending on who is the primary regulator overseeing their business.

Tariq Mirza, a principal of the Regulatory & Compliance Risk practice and leader of Grant Thornton’s Regulatory Center of Excellence, agreed. “For the first time in the 40 years since the CRA became effective, the OCC, the Fed, and the FDIC are not moving in tandem. Resolving that is going to be a high priority.”

In addition to the CRA uncertainty, the OCC’s leadership has been in a state of flux over the past year. On May 21, 2020, then-Comptroller of the Currency Joseph Otting announced his departure from office, with First Deputy and CCO Brian Brooks appointed Acting Comptroller of the Currency. A mere eight months later, however, Brooks resigned from the position and CCO Blake Paulson succeeded him in the same role. While former Treasury Department official Michael Barr had long been expected to be President Biden’s appointee for the permanent position, law professor Mehrsa Baradaran seems to have become the top contender. The selection process remains fluid, however, and even when the nomination will be announced remains unclear.

Following on the heels of the Capital One enforcement action in January, the Bank Secrecy Act (BSA) has already seen several changes brought by regulators, with more expected in the near future. Recent provisions, such as identifying specific factors to consider when examining financial institutions’ anti-money laundering programs, point toward regulators’ focus on this important area.

Under the current administration, the CFPB is expected to become a more aggressive consumer watchdog. The group will likely take stronger action in investigating consumer complaints and against companies that violate the law. Below are some areas we believe may be impacted.

One hotly anticipated area of regulatory scrutiny will be the Paycheck Protection Program (PPP). While rolled out at lightning speed and providing American small businesses with much needed funds, many questions have arisen regarding the program — for example, why PPP loans were not given to non-customers at a similar rate as those given to each bank’s current customers. How did this impact the survival rate of those non-customer businesses?

According to Erin Lentz, a partner in Grant Thornton’s Forensic Advisory Services: “We’re hearing concerns from our clients about PPP fraud, in particular synthetic identity fraud taking place with the prepaid credit cards now being used for unemployment benefits. PPP3 is now in place, expanding the original program by $284 billion. We anticipate more scrutiny over how these funds are distributed.”

Here, prudential bank regulators will potentially be keeping a close watch on:

Among the actions the new CFPB already has taken is the repeal of the Trump CFPB’s Policy Statement clarifying what counts as “abusive” under the Unfair, Deceptive, or Abusive Acts and Practices (UDAAP) standard. The old Policy Statement had adopted a narrow definition of “abusive” and clarified that acts or practices already considered “unfair” or “deceptive” could not be double-counted as “abusive.” While a new standard has yet to replace the repealed memo, both interim Chairman Uejio and Chopra have previously indicated a desire to use the “abusive” definition more expansively, which could lead to stiffer fines and larger penalties for UDAAP violators.

Mirza stated that “the term ‘abusive’ originally was meant to cover only highly questionable activities like predatory mortgage lending but the law was phrased ambiguously, which is why the prior administration’s CFPB issued its clarifying statement. Now that the statement has been rescinded, the gloves are off and the CFPB has another tool in its arsenal to use as it sees fit.”

Regulatory professionals will be keeping an eye on how the new CFPB leadership team will handle the payday lending industry reforms originally put forth under the Obama administration, but delayed or even partially rescinded by the Trump administration. Many are expecting the CFPB to return to the pre-Trump version of the reforms, adding back in lender requirements like ability-to-repay thresholds, additional loan disclosures and interest rate caps. “It will be interesting to see whether the new CFPB simply decides to revert back to Obama-era standards on payday lending, or if they also choose to add new requirements of their own” noted Mirza.

The global interest benchmark, the London Inter-Bank Offered Rate (LIBOR), will expire on Dec. 31, 2021, with an exception for some U.S. dollar rates that will be extended to June 31, 2023. The OCC and the New York State Department of Financial Services, supported by the Alternative Reference Rates Committee, have provided guidance for all financial institutions supporting the transition to new alternative reference rates, primarily the Secured Overnight Financing Rate. Bank regulators will be on the lookout to ensure all programs have strong governance in place and that internal audit teams are engaged.

Said Oliver Dennison, managing director in Grant Thornton’s Financial Services Advisory practice, “We expect further reporting regarding the usage and management of the 2022 and 2023 extended U.S. dollar LIBOR rates once the rest of the globe has completed their transitions in December.”

The popularity of financial technology firms — or fintechs — has grown in recent years and received a boost during the pandemic. Unlike traditional banks, fintechs typically offer only payment or lending services to their users, not both. Unfortunately, banking regulation has not kept up with these technological innovations and federal banking law does not currently provide a cohesive regulatory framework for fintechs. In 2018, the OCC took the first stab at addressing this problem when it created a “fintech charter,” which was challenged in court by state banking regulators. In June 2020, the OCC announced it intends to create a new payments charter exclusively for fintech payment firms. If the OCC loses its appeal over its fintech charter, the payments charter will also be doomed.

Further complicating the matter, the OCC and CFPB have previously issued dueling policy statements, with each one attempting to assert its dominance over the fintech charter issues even with a change of administrations. It is unclear whether the fintech quarrel between these two agencies is over.

Financial Services Partner Markus Veith noted, “Given the changes at the helms of the various banking regulators, the fintech or payment charter will not be a top priority in the near future as the focus will be to ensure the banking system remains sound, and there will be no disruptions in lending from a loan crisis.”

Preparedness is the key

When it comes to the future of banking regulation, the key watchwords are “be prepared.” As the winds of change blow across the banking industry, all involved need to plan to face the changes and challenges that lie ahead.

Impact on banking and technology

With the groundswell of commercial and retail banking institutions implementing artificial intelligence and machine learning, all should be prepared for the changes to come. While both technologies are enormous economic engines, they are areas in which the new administration will diverge greatly from its predecessor, with more proactive regulation to address racial bias and other issues in these software platforms.

Impact on banking and ESG regs

While the new administration has made climate change a major topic, the impact for financial institutions will go well beyond climate. Even with the constraints present in implementing major reforms, environmental, social and governance (ESG) investing will now enjoy policy and regulatory support in the United States. The appointment of Brian Deese, who led sustainable investing at BlackRock, as Biden’s top economic adviser will likely have influence on ESG-related issues. Furthermore, for national banks, the OCC has halted and is considering a repeal of the previous administration’s “Fair Access” rule, which would deal a blow to environmental polluters and other socially unpopular industries. 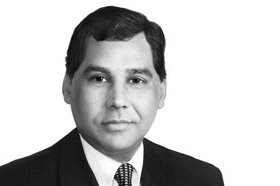 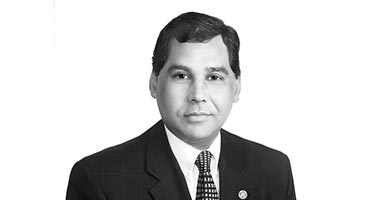 Tariq Mirza is principal of the Bank Advisory and Regulatory Services practice, and leads Grants Thornton’s Regulatory Center of Excellence. He specializes in bank regulatory and consulting services, and has 25 years of financial services experience. 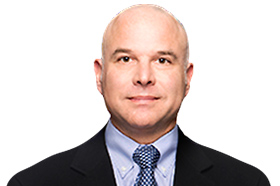 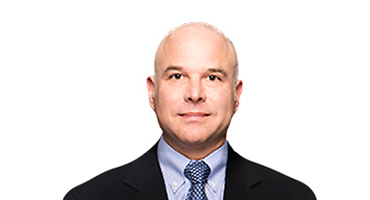 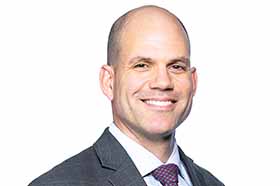 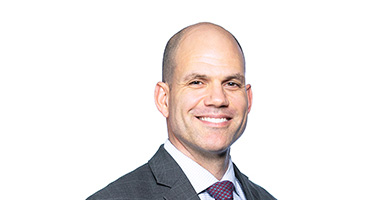 Oliver is a Managing Director in Grant Thornton’s Financial Services Advisory Practice. Based in the New York office, he delivers integrated services to global banking clients, with a focus on regulatory changes, risk and compliance. 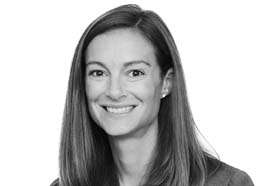 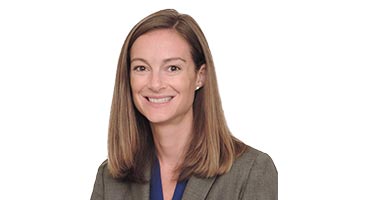 Erin is a partner in the Forensic Advisory Services practice located in Charlotte, NC with over 12 years of experience. 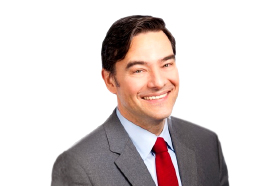 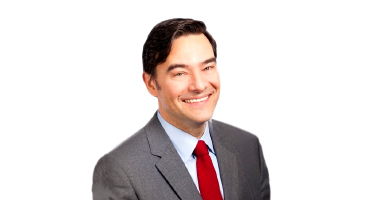 Markus leads Grant Thornton’s Digital Asset Practice and is the Partner-in-charge of the Northeast Financial Institutions Practice and an SEC and IFRS specialist. Markus has over 20 years of experience in the financial services industry and in public accounting.