The fight to fill cabs in the trucking industry

The trucking industry is watching its business drivers surge — as truck drivers leave. New drivers are not joining fast enough to replace the ageing workforce, even as the shipping business continues to grow. 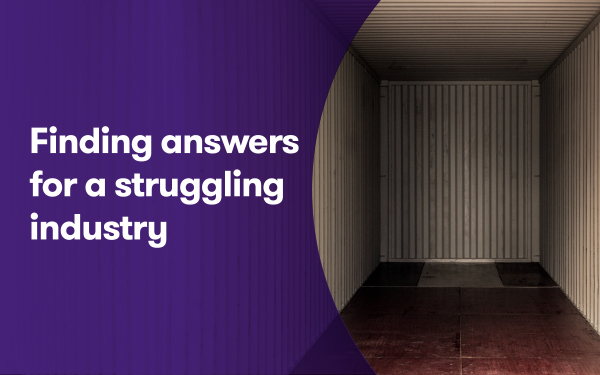 Finding answers for a struggling industry

Long-haul is hit the hardest

“When you talk about the driver shortage, it’s most acute in the over-the-road long-haul carrier,” Smith said. Long-haul drivers are away from home for multiple nights or even all week, sleeping in their tractors overnight. “There is a real safety issue, because you have theft — more theft than we imagine. They have very expensive cargo, and some have very risky cargo, parked at truck stops or on roadsides,” Smith said.

The workforce shortage has also been especially difficult for small companies that have less capacity to reschedule drivers and shipments. Smith said that small companies make up the vast majority of the industry, since trucking is an industry that welcomes self-employed start-ups. “There’s very little barrier to entry in trucking. If you’re 21 and you complete training, you can buy a tractor and you’re in the business. Many of the larger carriers started that way.”

However, the 21-year-old age requirement for a CDL driver’s license is a hurdle for recruiting young people to the trucking workforce.

The drive for young recruits

The 21-year-old age requirement for a commercial driver’s license means that many young candidates have already chosen another line of work before they are eligible to become truck drivers. 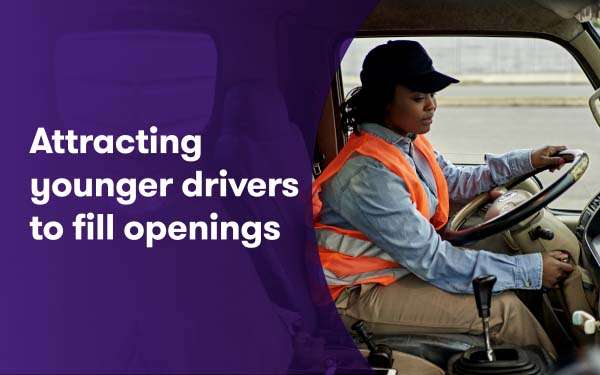 “The 17-18-year-olds go to construction or some other industry,” Smith said. “We even have young people coming out of the military, where they have extensive training, but yet they can’t operate in interstate commerce.”

To overcome this barrier, larger trucking companies can hire potential drivers to work at terminals and docks until they turn 21. However, it can be hard for these jobs to offer pay that competes with other industries.

Large trucking companies can also operate their own driving schools that recruit 21-year-olds and provide a clear path to a career.

“We have a few clients that have schools, and some don’t require that you go to work for them — with the thought being that, if you don’t have that requirement, then you get a bigger pool of students,” Smith said. “Then, hopefully you end up with more drivers than if you required students to work for you.”

However, keeping your new drivers in the long term is another challenge. The driver shortage has sparked efforts to recruit drivers at truck stops and other locations along their route. “You’ll see drivers just call their company and say, ‘Hey, I’ve gone to work for another company. I’m leaving the tractor and the load here.,’” Smith said.

The aggressive competition for drivers has also driven up the pay that companies are willing to offer — but will that be enough to solve the problem?

Gonzaga said that driver recruitment and retention has always been on the radar for the trucking industry. “The primary workforce in the transportation industry is obviously drivers, and it is a notoriously difficult job that has always had high turnover,” he said. As the challenge to fill driver seats has recently increased, so have wages. 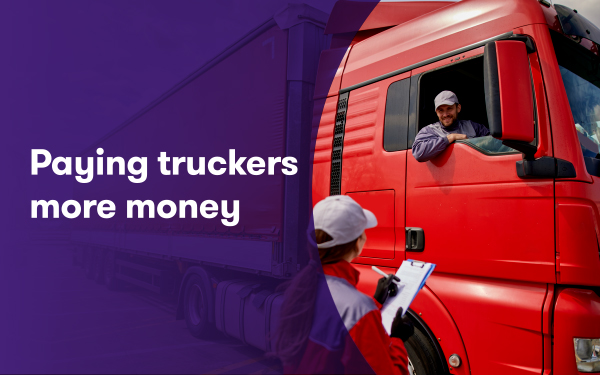 “Wages for drivers have increased in meaningful double-digit percentages, because turnover continues to exist,” Gonzaga said. At the same time, wages aren’t the only answer. Gonzaga recalled a recent conversation with a trucking company about wage increases, saying “They were very clear that they’re not attracting a lot of newer drivers to the industry. But the reason they’re succeeding right now is because they’ve had the ability to hang on to their truckers and their turnover has been much lower than industry standards.”

Smith agreed that “I don’t think the pay and additional benefits have resulted in many new people coming to the industry.” He explained that higher wages have been supported by the industry’s recent profits, and the capacity to pass along cost increases.

However, with a potential recession on its way, “the biggest issue is: How do they attract people from other industries — or people out of high school or college — to go to work for them? They’re going to have to find a way to get younger drivers in, because the current ones are ageing, and what’s safer — a 75-year-old guy driving, or a 19-year-old?”

The best solution to the driver shortage will likely be a combination of existing and new approaches to recruitment — in trucking and other industries. “I think ultimately this problem for trucking is the same as for other skilled labor across this country,” Gonzaga said. 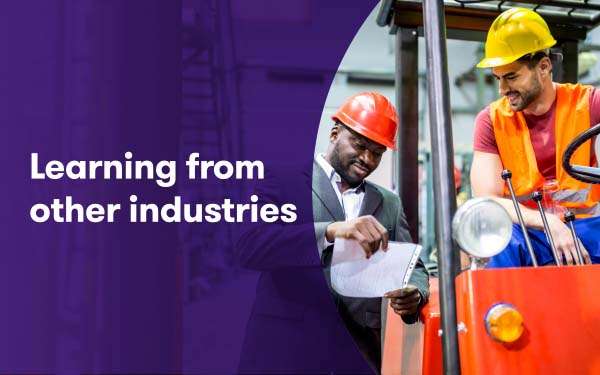 Learning from other industries

As in manufacturing, the trucking industry needs to reach out to new communities — and be aware of online communities where many current and potential employees look for reviews about your company. These online communities can be important for both recruitment and retention, plus a third factor: communication.

Driving schools will continue to play an important piece of the puzzle, and companies can look to other industries to see how to boost school recruitment and effectiveness. “The driving school method is something that is very effective in healthcare with nursing schools,” Gonzaga said.

Companies can also continue to develop team driving models, too, and that can be an important part of what they communicate to new recruits. “There has been a huge push in recruiting over-the-road drivers to do more teams, so you get more hours of service out of that tractor,” Smith said.

Finally, companies must continue to look for opportunities in mergers and acquisitions. “That’s a pretty expensive way to add drivers,” Smith noted, but said “you’ll also see companies buy for geography — so you’ll find a good target that’s in a geography you’re not.”

Any solution will involve bringing new people into your company, and that’s nothing to take for granted. “Many trucking companies have a family culture — a small business culture with a history,” Gonzaga said. That’s where you need to bring recruitment, retention and communication together to help you build and maintain a team for long-term success.