No event has been a sharper blow to economic stability than the Russian invasion of Ukraine, and no industry is more affected by the Ukraine invasion than the energy industry. The war has cut access for many to the second largest oil-producing nation in the world, Russia, immediately destabilizing the market. The refusal of Mideast nations to increase oil production to compensate for the Russian oil caused a further spike in prices, while a recent lockdown in China over a COVID-19 outbreak has slightly offset those effects.

These global events caused the WTI barrel price of $91.59 on Feb. 25 to spike to $130.50 a barrel on March 9, then collapse to $94.46 March 16. The volatility led to worldwide price hikes for gasoline, a situation that is compounding inflation.

President Joe Biden called for the release of 30 million barrels of U.S. strategic reserve oil in his March 1, 2022, State of the Union address to counter worldwide shortfalls in supply caused by the war. That number was increased by 180 million barrels on March 31, to be released at a rate of one million barrels per day for 180 days. Exxon Mobil and Chevron both announced plans to boost production in their Permian Basin fields and some domestic companies have increased domestic production. These moves convey a positive and supportive message, however, without teaming with other oil producing countries, they may ultimately prove to be symbolic, given the volume of Russian oil that needs to be replaced in the worldwide market. “The U.S. cannot go it alone,” says Grant Thornton’s Energy Industry national managing partner Bryan Benoit.

Oil companies must consider whether this represents a long-term change in the world’s acceptance of Russian oil, and whether that result would be economically viable. “It’s impossible for leaders around the world to not be looking at the current situation and asking themselves whether they have the right plan in place -- the right suppliers, the right companies in the right commodities, the right sources of energy -- to have a sustainable source of energy for the citizens of their country,” Benoit says.

One trend that seems likely to be accelerated by these disruptions is the increased use of renewable energy sources – solar, wind and hydro. Countries may agree that a transition to renewable energy is a long-term solution to sustainable energy issues, but it can’t be a short-term one.

“There is this misconception you can flip the switch and go from hydrocarbons to renewables overnight,”

“There is this misconception you can flip the switch and go from hydrocarbons to renewables overnight,” Benoit says. “Even if solar and other renewable energy was capable of replacing 100% of the hydrocarbon capacity --- which it isn’t – this couldn’t happen.” Too many pieces of the world’s energy supply have been engineered for almost a century to fit hydrocarbon solutions. The economies of entire countries have been committed with trillions of dollars invested and they will not likely be harvested or scrapped overnight. More reasonably, look for a timeline that allows for adequate returns on historical spending and investment in oil and gas and use that to accurately predict dates for real energy transition. Infrastructure and systems are designed to support fossil fuel, including most modes of transportation. Switching to renewables also takes time, and it is not without risk.

For a worldwide commodity such as oil and gas, the risks of change in the industry may be substantial. Many oil and gas reserves exist that were previously uneconomical to drill or complete. Producing from those sources may make sense at current prices, but energy companies have been burned by boom-and-bust cycles before. The question is will prices remain elevated long enough to justify bringing those resources online.

Given these uncertainties Benoit says that what the U.S. needs is a strategic long-term energy policy. This policy should not only include converting where feasible to renewable energy, but also strike an appropriate balance of renewables with oil and gas, and possibly even coal.

“It is not technologically, politically or economically possible to instantly transition to other sources of energy,” Benoit says. America needs discussion and agreement on what that energy plan will be, what steps are needed to make it happen and when those steps should occur.

Liquid natural gas (LNG) could be a bridge to cleaner energy. LNG is a hydrocarbon fuel that burns more cleanly than oil and gas. Currently, the U.S. is the world’s largest natural gas producer and, at the present production rate, has enough reserves for about 60 years. In addition, the infrastructure already exists to increase production as LNG production sites are typically located near oil fields and coal deposits.

While the infrastructure is there, it is also showing its age. Much of it was built during World War II, when the pipeline construction cost was no object and rights-of-way were a non-issue because natural gas transportation was needed in the war effort. Relying on natural gas production will require considerable investment, but it might make sense as a quicker, cleaner alternative to oil and coal while renewable energy infrastructure capacity is increased.

“Pipeline systems will continue to change hands through mergers and acquisitions, and systems will be upgraded as part of those deals,” Benoit says. Those upgrades will be expensive, however, and the timing of those deals and related cashflows may not perfectly align with capital requirements and fluctuations in inflation. Nonetheless, Benoit says, increasing LNG production fits well into America’s global business strategy.

“Many energy industry capital projects were delayed and now there’s pent-up demand. There is a need to spend on large capital assets,” Benoit says. “But the amounts that were previously budgeted may no longer be enough because of inflation.”

Couple that with the Fed’s commitment to raising interest rates to bring inflation under control, Benoit says, and energy companies may decide to continue delaying financing some long-anticipated capital expenditures. All that pressure would serve to slow any sort of new initiative, like upgrading existing infrastructure or drilling new wells. “These financing costs might become too great to provide adequate returns to investors in renewable energy projects as well,” Benoit says.

Cost-containment has already been a favored business strategy in the energy industry since the Saudi-Russia price war two years ago, just on the cusp of the COVID-19 pandemic, but it can only go on so long before you harm a business’s cash flow and dividends, which are of high importance to investors, Benoit says. The global nature of the issue causes more uncertainty as well, as inflationary pressures will hit various regions differently.

In addition, the oil and gas sector had 274 bankruptcies since 2014. The bankruptcies have required layoffs, reorganizations and optimization initiatives in order to cut costs. One aspect of the industry that’s not well understood is that, despite its overall size, it is not as labor-intensive as it is asset-intensive, which makes it less able to cut employees in tough times. Despite the oil and gas industry’s centrality to Houston’s economy, for example, energy is not the region’s biggest employer. “It doesn’t take 1,000 people to run a refinery,” says Benoit.

One certainty is that rising energy costs in manufacturing will be a major driver of inflationary pressures on other industries. Benoit says you can already see that in the automotive market, where inflated prices are causing five-year-old cars to sell for at or near their original sticker price.

Analytics, agility and informed decisions, are concepts that are animating businesses in almost every industry, Benoit says, and certainly in energy. Our own investigations show that 87% of all energy companies are either planning or have completed a data modernization initiative. In large part, this reliance on cost-efficiency through analytics was the result of earlier shocks to the oil industries, which explains why data modernization is already the industry norm, Benoit says.

“One benefit of having strong analytics solutions is that it streamlines compliance issues,” Benoit says. These lead to informed decisions that are transformative because they can be assessed almost immediately, and thus lead to quicker and more flexible actions, all increasing profitability. 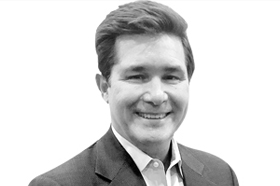 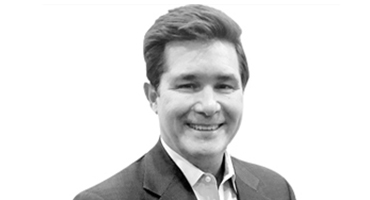 Bryan Benoit is a partner in the US Strategy and Transactions practice and the Global Valuation Co-Leader. Further, he is a principal in Grant Thornton Financial Advisors LLC, providing fairness opinions and other board services. In addition, he serves as the US National Managing Partner, Energy.