The FASB recently issued proposed ASU, Accounting for Contract Assets and Contract Liabilities from Contracts with Customers (Topic 805, Business Combinations), which would require an acquirer to apply the guidance in ASC 606 when recognizing and measuring contract assets and contract liabilities related to customer contracts acquired in a business combination, instead of recognizing such assets and liabilities at fair value. In addition, the proposal clarifies that all contracts requiring the recognition of assets and liabilities in accordance with the guidance in ASC 606, such as contract liabilities derived from the sale of nonfinancial assets within the scope of ASC 610-20, would fall within the scope of the proposed guidance.

The proposed guidance does not affect the accounting for other assets or liabilities that may arise from revenue contracts from customers in a business combination, such as customer-related intangible assets and contract-based intangible assets, such as off-market contract terms.

The proposed guidance would generally result in entities recognizing contract liabilities similar to those recognized under the existing legal obligation approach in ASC 805. However, for certain types of performance obligations, such as licenses of symbolic intellectual property or goods or services that are provided as a customary business practice, the proposed amendments are expected to change the current practice, as an acquirer would be required to recognize a contract liability in accordance with ASC 606, while under current guidance in ASC 805, it may not recognize the contract liability using the legal obligation approach.

The proposed ASU requires an acquirer to recognize a contract asset when a performance obligation is either wholly or partially satisfied, but the amount of consideration hinges on a condition other than the passage of time and the consideration is not yet due or has not yet been received.

An acquirer would apply the proposed guidance from the beginning of the fiscal year of adoption on a prospective basis to business combinations that occur on or after the adoption date.

Early adoption of the proposed amendments would be permitted, including adoption in an interim period. Lynne is the partner-in-charge of Grant Thornton's Accounting Principles Group and has more than 25 years of public accounting experience. She has overall responsibility for monitoring the activities of the standard setters and developing communications and training programs on accounting pronouncements. 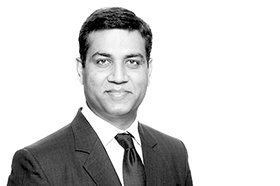 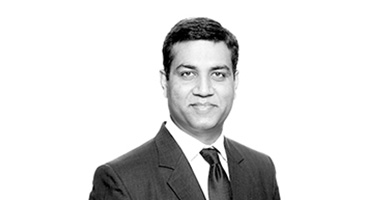 Rahul is a Partner in the National Professional Standards Group (NPSG) of Grant Thornton LLP. Rahul assists engagement teams and clients with technical accounting issues and monitors current accounting developments, under both U.S. GAAP and IFRS.