The Alabama Department of Revenue asserted that Reynolds Brands was subject to Alabama corporation income tax under the state’s factor-presence nexus statute.2 The statute provides in relevant part that business entities organized outside the state have substantial nexus and are subject to income tax in Alabama if they exceed $500,000 of sales during the tax period.3 If the seller knows that intangible property will be used in multiple states, the seller must apportion the receipts according to usage in each state.4

Tribunal may consider as applied challenge of factor-presence nexus statute

The Tribunal determined that Reynolds Brands was correct in its argument because its constitutional challenge did not seek to invalidate Alabama’s factor-presence nexus statute. Reynolds Brands’ legal position was predicated upon the argument that the statute is being improperly applied to them in this case because it did not have any say over the sales of products containing its intellectual property once it entered into the licensing agreement with R.J. Reynolds. As a result, Reynolds Brands was arguing that the statute’s definition of “sales” does not apply in this particular case, not that the statute itself can never apply under any circumstances. In support of its decision, the Tribunal explained that even if a ruling were made in favor of Reynolds Brands, it would still leave Alabama’s factor presence nexus statute intact. Because the Department’s jurisdictional challenge was rejected, the Tribunal allowed the consolidated appeals to proceed for consideration of the constitutional arguments.

It should be noted that the Tribunal’s decision does not mean the death knell of the factor-presence nexus test in Alabama, or anywhere else for that matter. This rule, adopted by Alabama in 2015, endorsed by the Multistate Tax Commission in its model uniformity statutes, and enacted by other states both before and after the Wayfair decision, is not likely to disappear.8 Rather, the substantive controversy which may come before the Tribunal in the future could focus on whether a factor-presence nexus rule can result in a finding of nexus with respect to a company not specifically directing its market-facing activities to that state. It would appear that the activities engaged in by affiliated parties with respect to licensed intellectual property will be closely examined to determine whether such activities can be deemed to have been performed by the licensing business for purposes of nexus, or whether this results in the prohibited double counting of sales subject to the corporate income tax.

3 Id. Substantial nexus also is established if a company has over $50,000 of property or payroll in the state or over 25% of total property, total payroll or total sales in the state during the tax period. 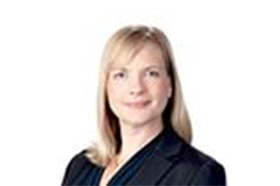 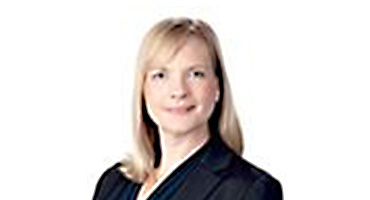 Veronica is a Managing Director in the Atlanta State and Local Tax (SALT) Practice. She has 18 years of tax experience, and both public accounting and private industry.