Dealing with transfer pricing as an uncertain tax position

Since 2006, the Financial Accounting Standard Board (FASB) has controlled how companies identify, measure, and report uncertain tax positions (UTPs) on their GAAP financial statements.1 Transfer pricing is considered a tax “position” for this purpose and is one of the most common UTPs reported on financial statements and in tax returns.

The term “transfer pricing” refers to the pricing of transactions between related entities for goods, services, intangible property transfers, rents and loans. The transfer price determines the division of total income between the related entities. Because market forces do not necessarily control transaction prices within a related group, taxing jurisdictions have enacted transfer pricing rules to prevent multinational enterprises (MNEs) from using improper transfer prices to shift profits between taxing jurisdictions.

ASC 740 requires that all tax positions, including transfer pricing, be evaluated using a two-step process. The first step is recognition or non-recognition of a tax position: “an enterprise shall initially recognize the financial statement effects of a tax position when it is more likely than not, based on the technical merits, that the position (will) be sustained upon examination.”3 The second step, applied only if the position has been recognized, is measurement of the tax benefit. “A tax position that meets the more-likely-than-not recognition threshold shall initially and subsequently be measured as the largest amount of tax benefit that is greater than 50 percent likely of being realized upon ultimate settlement with a taxing authority that has full knowledge of all relevant information.”4 The difference between the amount reported on the tax return and the measured amount is often referred to as the “tax reserve” or “uncertain tax position.”

If an entity’s financial results are determined to not be arm’s length, management needs to address the exposure. Some companies are proactive and book a transfer pricing adjustment in their financials so there will be no book/tax differences in the tax return; other companies are reactive and either book a tax reserve or make a transfer pricing adjustment on their tax return and record a book/tax difference.

For example, consider a U.S. manufacturer that licenses a trademark and manufacturing process from their UK parent company and paid a 20% license fee of $10 million. In this example, the 20% license fee had not been adjusted in 20 years and is supported with a dated transfer pricing study and comparable set of transactions. Per current market conditions and current comparable transactions, the interquartile range of license fees is between 5% and 10%. Management should record a reserve of $5 million, since the license fee paid is not arm’s length and would not meet the more-likely-than-not standard.

If the taxpayer determines that a tax reserve is necessary for a related party transaction, it should evaluate the likelihood and cost of a mutual agreement procedure (MAP) before netting the tax-affected adjustments.5 MAP can be a lengthy and expensive process and may not be cost-effective, depending on the size and nature of the adjustment.

Even if a company does not record a tax reserve, there may still be a requirement to report in the Schedule UTP (Form 1120) Uncertain Tax Position Statement that requires corporations with assets of at least $10 million that issue or are included in audited financial statements to report information about federal income tax positions taken on its federal income tax return. The information relates to a reserve with regard to a tax position in audited financial statements or a position for which no reserve was reported because the corporation expects to litigate the matter.6 The taxpayer must rank by size the tax positions taken and give a concise description of the UTPs that can reasonably be expected to apprise the IRS of the identity of the tax position and the nature of the issue.

Recent draft changes to the Form UTP and instructions will require reporting of the line item on the return that relates to the UTP.7 A form UTP disclosure would be required for the $5 million reserve in the example above, including a concise description that includes the entities and taxing jurisdictions involved, the royalties paid, and the taxpayer’s support of the arm’s length nature of the royalty. Similar to ASC 740 reporting, the size and uncertainty of transfer pricing positions makes transfer pricing a common tax position for reporting on Schedule UTP.

Transfer pricing professionals and tax authorities often struggle to determine how to  analyze a company’s financial results. The financial performance of the business can be impacted by a number of factors, such as supply chain disruptions, market changes, capacity limitations or excess and foreign exchange fluctuations. As a result, some businesses may find some entities with losses or extra costs on their books while other entities have excess profits in jurisdictions. 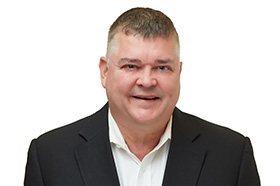 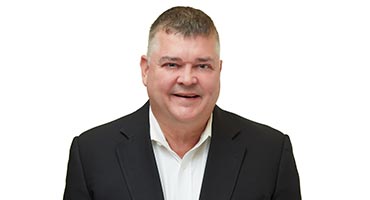