Mergers & acquisitions (M&A) professionals expect an increase in deals over the next six months despite rising interest rates threatening access to capital and uncertainty about a potential increase in capital gains taxes.

Almost three-fourths (72%) of the 150 M&A professionals surveyed in August by Grant Thornton LLP said they expect deal volume to increase in the next six months — up from 48% in April and 68% last October.

Meanwhile, more than half (55%) of respondents said that if interest rates are going to increase further, they expect deals to accelerate so they can be completed before additional rises in rates take effect. But there are competing forces at work as the end of 2022 approaches.

Concern over additional interest rate hikes and potential capital gains tax increases have increased the urgency to complete deals before the end of this year in some cases. In other situations, a wait-and-see approach is being adopted as dealmakers are pausing to see how deal targets perform amid economic headwinds that some are expecting in the late stages of 2022.

Take retail and consumer goods, for example. Although the sector ranked fourth among 13 industries in survey respondents’ forecast of top sectors for M&A in the next six months, some retail and consumer goods companies are having difficulty moving their inventory as inflation and rising interest rates leave consumers with less discretionary income. As a result, Grant Thornton professionals have observed that some deals in this sector — and perhaps in other sectors for similar reasons — are being put on hold until the first quarter of 2023.

Indeed, in the M&A survey, 97% of respondents said they expect the increased cost of consumer credit to dampen demand for goods and services.

“We began working with buyers and sellers who are pushing deals out into Q1 2023, so as to evaluate target company performance through the remainder of the year,” said Eric Burgess, a partner in Grant Thornton’s M&A practice. “Many companies and industries experienced bounce back in 2021 that is not continuing through 2022, so buyers want to evaluate more recent performance before transactions are completed.”

A competing priority is the desire to complete deals before the end of 2022 with capital gains tax increases proposed in the federal budget for FY 2023. It’s uncertain whether the proposal will be approved by Congress, as a similar proposal was not adopted for FY 2022. But the mere possibility of a large increase that could take effect on Jan. 1, 2023, if approved has affected deal volume.

Almost two-thirds (63%) of respondents said pending tax legislation could have a positive impact on their deal plans, as volume could increase through the end of 2022 if a rise in capital gains tax is implemented for 2023 and takes effect on Jan. 1. Sellers know that they could pay more in taxes if their mergers aren’t completed by the end of the year, as the proposal calls for the top capital gains tax rate to rise from 20% to 39.6%.

“The Biden Administration has proposed taxing capital gains of some taxpayers at the ordinary income tax rate, a rate that it also proposes to increase,” said Candice Turner, Grant Thornton’s National Managing Principal, M&A Tax Services. “The difference between the rates is significant enough that taxpayers would still be better off to accelerate the tax into 2022. Even if the proposals don’t take effect, just the threat of change is likely to propel M&A activity through the end of the year.”

Ultimately, dealmakers may have to decide if waiting a bit longer to see how merger targets handle upcoming headwinds is less risky than completing a deal — perhaps prematurely — to get ahead of a capital gains tax increase that may not ultimately be approved.

At any rate, the anticipated rise in deal volume follows a cooling-off period over the summer after a remarkable surge at the end of 2021, according to Elliot Findlay, the national managing partner of Grant Thornton’s M&A Practice.

Grant Thornton professionals don’t expect deal volume ever to equal the heights of late 2021, when the economic recovery from the dire conditions created early in the COVID-19 pandemic fueled a massive increase in activity. Nonetheless, the demand to complete deals is significant.

“Our team is busy,” said Catherine Atchison, a director with Grant Thornton’s Transactions Practice, “but the volume we experienced in 2021 was higher than we’ve seen before, and while we expect continued volume through the remainder of the year, we don’t expect a return to 2021 levels.”

The optimism of the M&A professionals far surpassed that reflected in Grant Thornton’s Q2 2022 CFO survey, which showed just 39% of respondents indicating optimism over the outlook for the U.S. economy.

Inflation, meanwhile, is having a positive impact on M&A for 55% of respondents. While this may seem counterintuitive, a deeper dive into the numbers shows the drivers of this impact. Forty-three percent of respondents said inflation has a negative effect on M&A, and just 2% said it has no effect.

Burgess said companies that can pass on inflationary effects to the consumer are maintaining their margin percentages and therefore are seeing increases in margin dollars, increasing companies’ profitability and positively affecting deal activity. Meanwhile, companies that can’t pass on inflationary effects to their customers are seeing negative effects on their M&A activity. Regardless, potential declines in sales volumes remains a large risk for any company and future deal activity.

“It’s the haves or have nots when you look at inflation,” Burgess said. “Companies that are able to pass along the inflationary costs are seeing positive benefits to the bottom line, and those that can’t are seeing negative effects, plain and simple.”

Inflation also is having vastly different effects on companies depending on whether their services are deemed essential by consumers. Companies that provide inelastic, necessary goods and services such as groceries stand to benefit from cost increases. But as consumer spending is increasingly allocated to necessary services and away from luxury spending in areas such as hospitality and restaurants, companies that rely on discretionary spending are experiencing challenges.

The prospect of rising interest rates, meanwhile, wasn’t greeted with much enthusiasm by the M&A professionals. Through August, when the survey was fielded, the Fed had increased rates four times in 2022, including consecutive rate hikes of 0.75% in both June and July. The Fed announced an additional 0.75% rate hike in September after the year-over-year inflation mark of 8.3% in that month was higher than analysts expected.

In addition to speeding up deals, M&A professionals expect that future interest rate hikes will lead to:

Optimism over the valuation of deals remains strong but has faded just a bit from previous surveys. Even in an environment where inflation could be expected to give at least a modest boost to valuations, just under half (49%) of respondents expect deal valuations to increase, down slightly from 57% in April and 53% last fall.

The portion of M&A professionals expecting valuations to decrease dropped to 23% from 30% in the spring but was still more than double the 10% last fall who predicted declines.

The slightly softening valuation trend is in line with Burgess’ comments on the survey conducted last October, when he said valuations were at unprecedented levels and he did not expect continued significant increases to purchase prices. The current softening valuation predictions continue to align with this analysis.

“Private equity (PE) investors continue to invest as dry powder levels continue to show high levels of capital available for M&A activity, but valuations are beginning to normalize,” he said. “Buyers are slowing transaction paces to validate purchase prices and understand businesses and their post-COVID-19 rebounds.”

Retail and consumer products slipped from third in April to fourth in August among the industries where M&A professionals expect the most market activity in the next six months. But the top four industries for deals remain technology, media, entertainment and communications; healthcare and life sciences; banking; and retail and consumer goods.

In addition to waning consumer demand, another area giving respondents pause is the upcoming midterm elections.

Nearly half (45%) of M&A professionals said they are holding off on deals until after the elections — up from 33% in April. Some of that increase may be attributed to the fact that the elections were only a few months away at the time of the survey, as the portion of respondents who said the elections would have no effect on their M&A deals fell from 37% in April to 30% in the current survey.

In addition to the election results, financial professionals are watching for the SEC’s climate change disclosure rules to be issued later this year. With those regulations expected to be forthcoming, enthusiasm for due diligence on environmental, social and governance (ESG) issues seems to be growing after a brief fade. Last October, 97% of respondents said a target’s ESG program and reporting capabilities mattered when considering a deal.

That number dropped to 77% in the spring but rebounded to 86% in the current survey. Meanwhile, the portion of respondents who said they would include ESG information in their M&A due diligence only if required by statute fell to 5% in August from 20% in April.

“Institutional investors are emphasizing ESG integration into the investment lifecycle,” said Mark Zavodnyik, Director, Private Equity, and Asset Management sector lead for ESG for Grant Thornton. “As a result, our clients are increasingly including ESG as part of their due diligence process. ESG diligence provides a more complete view of a target’s business on issues ranging from energy management to health and safety to cybersecurity. Furthermore, we expect ESG diligence to increase as a key component to pre-investment processes.

The anticipated uptick in mergers has translated to a hot hiring market for investment professionals in M&A. Seventy-one percent of respondents said they plan to increase the size of their teams, up from 59% in the spring and 50% in October 2021.

This hunger for hiring mirrors the situation in the overall economy as labor remains scarce, and 47% of M&A pros said workforce challenges have a negative impact on their deal plans. The labor situation coupled with the expected strong volume of deals means there should be plenty of opportunities for employment in M&A in the near future.

This may be best illustrated by the nearly complete lack of negative expectations for M&A in the current survey. Just 2% of respondents said they expect deals to decrease over the next six months. The prospects of rising interest rates may be an impetus for deals along with the possibility of capital gains tax increases in 2023.

In this environment, buyers and sellers may all be eager, and that’s reflected in the forecast for the next six months and the need for more investment professionals.

“As the M&A market remains strong, the industry continues to prioritize finding the right people for growing teams to execute deals,” Atchison said. “Amid the uncertainty, it’s an exciting time to work in M&A as the workforce expands to meet current and expected future demand.” 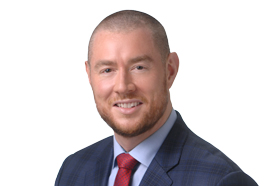 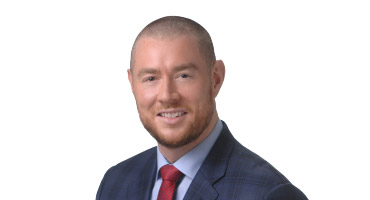 Elliot Findlay is the National Managing Partner of Grant Thornton’s M&A practice. Based in Chicago, Elliot spends time advising Companies and business leaders on all aspects of the transaction lifecycle including growth and strategy initiatives. 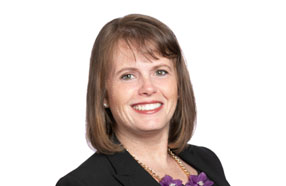 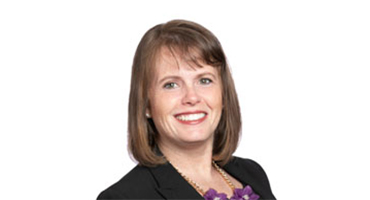 Candice Turner is a principal in the M&A Tax Services group and serves as the business line leader for the Northeast Region. 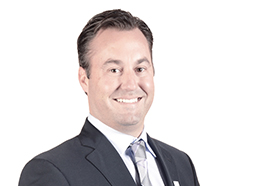 Eric is a Partner in our Transaction Services practice. He has developed extensive transaction experience serving as an adviser to multinational companies, middle market private equity firms and local corporations. He has been involved in more than 400 transactions with more than 100 different private equity investors, multinational companies, lenders and strategic corporate acquirers. Eric has significant M&A experience across many industries. 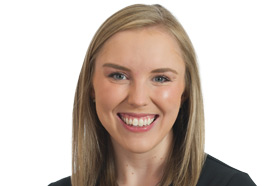 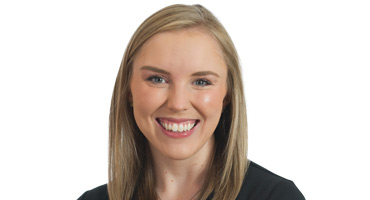