The IRS on Jan. 24, 2022, released concurrent final regulations (T.D. 9960) and proposed regulations (REG-118250-20) that provide new rules that treat domestic partnerships and S corporations as an aggregate of their partners or shareholders rather than as entities with respect to investments in certain foreign corporations.

The new regulations follow previously proposed regulations from June 2019 (REG-101828-19) that were issued in conjunction with rules that included a similar aggregate treatment with respect to the global intangible low-taxed income (GILTI) regime.

The final regulations look to provide pass-through entities consistent treatment between GILTI and Subpart F, and the proposed regulations would extend that consistency to passive foreign investment companies (PFICs), among other international tax provisions.

The guidance represents a continued shift in approach. Since 1962, domestic partnerships have been treated as separate entities when determining an investor’s Subpart F inclusion. However, the continued shift of IRS guidance towards the aggregate approach in these rules will significantly impact nearly all pass-through entities with investments in foreign corporations. This change will bring new challenges—including increased compliance and complexity at the partner level, the need to re-think old structures, and the ability to plan for investments in foreign corporations in new ways.

The final regulations are largely consistent with the 2019 proposed regulations but contain some important clarifications—including clarifying the scope of when the aggregate treatment should be applied in the case of a domestic partnership.

Under the regulations, aggregate treatment does not apply for purposes of determining whether any U.S. person is a U.S. shareholder or whether a foreign corporation is a controlled foreign corporation (CFC). The final regulations also address the determination of a CFC’s “controlling domestic shareholders” when the CFC is owned by a domestic partnership. Consistent with the 2019 proposed regulations, aggregate treatment is not extended to the determination of the controlling domestic shareholders of a CFC owned through a partnership under Section 964. However, the preamble provides that Treasury and the IRS believe that aggregate treatment should apply to domestic partnerships for purposes of determining the controlling domestic shareholders of a CFC under Section 964. As a result, this provision is revised in the 2022 proposed regulations (discussed further below). The preamble to the regulations also largely defers to future, or concurrently issued, proposed guidance on the treatment of PFICs, related party insurance income, previously taxed earnings and profits (PTEP), and related basis issues.

Application of this rule may eliminate Subpart F inclusions, GILTI inclusions—which already occurred under the 2019 final GILTI regulations—and Section 956 inclusions for partners or shareholders that own less than 10% in a CFC indirectly through a domestic partnership or S corporation. For example, assume a U.S. individual owns 5% and a domestic corporation owns 95% of a domestic partnership that, in turn, owns 100% of a CFC. Because the individual indirectly owns less than 10% in the CFC, the individual is not a U.S. shareholder and thus does not have an income inclusion under Section 951 or Section 956, or a pro rata share of any amount for purposes of Section 951A.

The existing PFIC regulations applied a mix of the aggregate and entity approaches. For example, aggregate treatment applied to PFICs subject to Section 1291, while the entity treatment applied to PFICs for which a partnership made a qualified electing fund (QEF) election. The 2022 proposed regulations would require domestic partnerships and S corporations to apply the aggregate approach to many other areas of the PFIC rules beyond Section 1291. Aggregate treatment would apply for purpose of making the QEF election, mark-to-market (MTM) election, the PFIC purging elections, the CFC/PFIC overlap rule, and for filing Forms 8621, Information Return by a Shareholder of a Passive Foreign Investment Company or Qualified Electing Fund.

In addition to the various PFIC provisions, the proposed rules also provide other guidance, including rules proposing to:

The 2022 proposed regulations generally are proposed to apply to tax years beginning on or after the date of publication of the Treasury decision adopting these rules as final regulations in the Federal Register. Special applicability dates apply for certain rules (e.g., rules that implement pre-existing notices).

Consistent with the aggregate approach adopted in the final GILTI regulations, the final Section 958 regulations eliminate deemed income inclusions for partners that own less than 10% in a CFC indirectly through a domestic partnership. However, in such a case, partners may become subject to the PFIC rules. In addition, the proposed regulations would significantly increase the compliance burden related to PFIC investments by shifting the reporting requirements up to the ultimate partners or shareholders.

The proposed regulations would expand the aggregate approach in an attempt to be consistent across applicable international provisions. However, in many cases, administrability could be sacrificed in exchange for consistent application of the aggregate approach. Pass-through entities and their related investors should take the opportunity to assess how the proposed regulations may affect their specific structure. 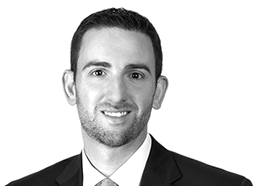 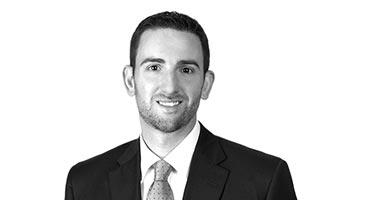