The IRS released guidance on Nov. 9 (Notice 2020-75) agreeing that pass-through entity (PTE) businesses may claim entity-level deductions for state income tax paid under state laws that shift the tax burden from individual owners to the business entity. The guidance clarifies uncertainty on the issue and supports partnerships and S corporations deducting tax payments that otherwise may be subject to the $10,000 limitation on state and local tax (SALT) if the liability was considered to be imposed on individual partners or shareholders.

The Tax Cuts and Jobs Act (TCJA) capped the SALT deduction for individuals at $10,000 for the 2018-2025 tax years. The limit generally applies to any SALT liability, including tax on income received from a partnership or S corporation. In response, seven states enacted laws designed to provide individuals with SALT deductions notwithstanding the $10,000 limitation by imposing tax directly at the PTE level:

While there are differences in the taxing regime in these seven states, each provides owners either a corresponding individual tax credit or an exemption from tax for the individual’s pass-through income. These statutes effectively shift tax from the individual owners, where the deduction would have been subject to the $10,000 cap, to the PTE, where the deduction is uncapped. The imposition of these entity-level taxes is mandatory in Connecticut and elective in six of the other states. All seven states have provisions that can impose some form of liability on the PTE’s owners if the PTE does not pay its entity-level tax.

There had been considerable uncertainty over whether these PTE tax regimes would provide an acceptable legal framework for partnerships and S corporations to deduct the tax at the entity level, or whether the tax should be a separately stated item that would flow through to owners and be subject to the SALT cap. The elective nature of most of the laws and the backup liability provisions raised questions about whether the IRS would agree that the substantive tax liability had really shifted from the owner to the entity.

Notice 2020-75 announces the IRS’s intention to issue regulations providing guidance supporting partnerships and S corporations deducting amounts qualifying as “specified income tax payments,” tax liabilities of an entity imposed by a state, political subdivision of a state, or the District of Columbia. The deduction is allowed by partnerships and S corporations in computing their non-separately stated income or loss, regardless of whether the liability is the result of an election by the entity, or whether the partners or shareholders receive a partial or full deduction, exclusion, credit, or other tax benefit based on their share of the amount of tax paid by the entity. Notice 2020-75 states that the tax liability imposed must be deductible under the general rules of Section 164(b) and cannot be for foreign taxes under Section 703(a)(2)(B) or Section 1363(b)(2).

While each state tax regime must be reviewed distinctly and specific proposed regulations are to come, Notice 2020-75 generally supports the tax benefits involving PTE tax regimes, which can offer significant benefits to partners and S corporation shareholders of PTEs with income in the affected states. Taxpayers do not need to wait for proposed regulations to be issued, and can rely on the guidance in the notice for payments made in a tax year of the partnership or S corporation ending after 2017 if the state law was enacted before Nov. 9, 2020. The guidance will apply for payments made on or after Nov. 9, 2020, if the state law is enacted on or after this date.

It is important for taxpayers to evaluate whether they may benefit from using the various state PTE laws and understand all associated rules. Many of the current state laws require affirmative elections and have specific deadlines. Overview information on the seven state laws is provided below. Taxpayers should also monitor developments. Other states, particularly those that impose comparatively high personal income tax rates on residents that are disproportionately affected by the $10,000 SALT deduction cap, may enact similar laws in response to the IRS guidance.

Connecticut’s mandatory PTE tax is effective for tax years beginning on or after Jan. 1, 2018. There are two alternatives for calculating income, the “standard base method” or the “alternative tax base method.” The PTE tax is 6.99%, the same as Connecticut’s top individual income tax rate, under both income calculation methods. Owners receive an offsetting credit based on the percentage of the owner’s direct and indirect share of the PTE tax, provided that the tax has already been paid. For tax years that begin in 2018, the credit percentage is 93.01%. For tax years that begin in 2019 or thereafter, the tax credit percentage is 87.5%.

Louisiana allows PTEs to elect to be taxed at the entity level at graduated rates ranging from 2% on the first $25,000 of net income to up to 6% on income above $100,000. Individual owners are entitled to an exclusion for income taxed at the entity level. The election is available for tax years beginning on or after Jan. 1, 2019, but must be made by the 15th day of the fourth month after the close of the tax year (April 15 for calendar-year taxpayers). The election requires the approval of owners holding more than half of the ownership interests in the PTE and is binding until terminated.

Maryland allows PTEs to elect to be taxed at a rate of 5.75%, the same as Maryland’s top state individual income tax rate, plus 2.25%, the lowest county individual income tax rate, on its individual owners’ distributive share of income. The owners are then entitled to a credit equal to this amount. Maryland residents may also be entitled to a credit for PTE taxes paid in another state on their distributive share of income. The PTE tax is effective for tax years beginning after Dec. 31, 2019.

New Jersey’s Pass-Through Business Alternative Income Tax (BAIT) is available for partnerships and S corporations with at least one member liable for New Jersey income tax on the share of distributive proceeds. It is imposed at graduated rates ranging from 5.675% on the first $250,000 of taxable income to up to 10.9% on income above $5 million. Owners that are individuals, estates or trusts receive a credit against their New Jersey gross income tax equal to the BAIT on their share of distributive proceeds. Nonresidents can claim a credit for taxes paid by filing a composite return. The election is available for tax years beginning on or after Jan. 1, 2020, but must be made annually on or before the original due date of the entity’s tax return. A valid election requires the consent of either all the entity’s owners or must be made by an officer, manager or owner with the authority to make the election on behalf of all owners, either by law or the under the entity’s organizational documents.

Oklahoma allows a PTE to elect to be taxed at a 5% rate with respect to the distributive share of Oklahoma net entity income allocable to individuals. The election is available for tax years beginning on or after Jan. 1, 2019. For tax years beginning on or after Jan. 1, 2020, the election must be made within two months and 15 days after the close of the tax year (Feb. 15 for calendar-year taxpayers). The election is binding and stays in effect until revoked by the PTE, but may also be revoked by the state if the tax is not paid. It must be made by a partner or S corporation member authorized to sign and file the PTE’s Oklahoma income tax return.

Rhode Island allows a PTE to elect to pay income tax at a rate of 5.99% on its net income (less deductions allowed under Section 179), equal to Rhode Island’s top individual income tax rate. Owners are entitled to a credit for the amount of state income tax paid by the PTE and then passed through to owners on a pro rata basis. A PTE tax imposed by another state on the owners’ income is allowed as a credit for taxes paid to another jurisdiction under Rhode Island law. The election is available for tax years beginning on or after Jan. 1, 2019, but must be made annually by an authorized officer on or before the 15th day of the third month following the close of the taxable year (March 15 for calendar-year taxpayers).

Wisconsin allows PTEs to elect to pay income tax at a rate of 7.9%, equal to Wisconsin’s corporate income tax rate. Partners or shareholders may then exclude their proportionate share of the entity’s income, gain, loss or deduction from their Wisconsin adjusted gross income. No tax credits may be claimed against the PTE tax by partners or shareholders except for the credit for tax paid to other states and the District of Columbia. The election is available to S corporations for tax years beginning on or after Jan. 1, 2018, and to partnerships for tax years beginning on or after Jan. 1, 2019.

Partners and S corporation shareholders with income in states covered by PTE tax regimes may benefit from the guidance issued in Notice 2020-75. However, the rules vary significantly in these jurisdictions and are still evolving, as state tax authorities continue to develop and/or revise their own guidance. Therefore, taxpayers should carefully examine the laws and the implications for owners before electing to treat PTEs as taxable entities or making estimated income tax payments on behalf of PTEs. Likewise, significant caution is warranted with respect to the treatment of partnership or S corporation state income tax withholding or composite tax payments. Unlike the recently developed PTE taxes, to the extent withholding or composite payments do not impose liability directly on the PTE, they are not “specified income tax payments” as defined in Notice 2020-75. Finally, Notice 2020-75 does not overturn prior guidance by the IRS that generally restricts purported state charitable deduction strategies, in which a taxpayer’s donation of taxes to a state charitable trust is intended to produce a charitable contribution deduction in lieu of a tax payment subject to the SALT cap. The IRS has strongly rejected charitable deduction treatment of such in-lieu-of payments. 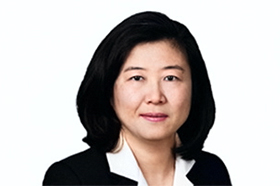 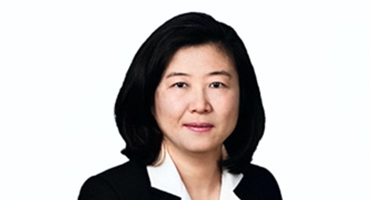