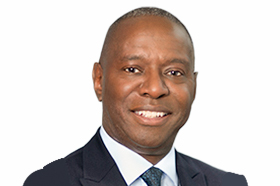 John Gilkes is a Forensic Advisory Services principal based in the firm’s MetroDC office in Arlington, Virginia.

John Gilkes is a Forensic Advisory Services principal based in the firm’s MetroDC office in Arlington, Virginia. In this role, Gilkes taps into his more than 30 years of experience to enhance Grant Thornton’s forensic services offerings for both commercial and public sector clients.

Throughout his decades-long career, Gilkes has led corporate and regulatory investigations and international asset tracing and recovery engagements. He has also managed and conducted a wide array of complex, multi-jurisdictional investigations involving wire transfer fraud, bribery and extortion.

Gilkes began his career with Deloitte in London, where he audited clients in the securities and investment banking fields and led global forensic investigations. He later transferred to Deloitte LLP in the United States, where he spent nearly 14 years as a principal focusing on anti-corruption consulting and fraud detection, prevention and deterrence. He also served as a senior managing director in the Forensic & Litigation Consulting segment of FTI Consulting Inc.

In 2009, Gilkes joined the expert advisory group of the Stolen Asset Recovery (StAR) initiative to consult on matters relating to asset tracing and recovery — and contributed to StAR’s highly regarded handbook, titled “Asset Recovery Handbook: A Guide for Practitioners.” StAR was launched in September 2007 by the World Bank and the United Nations Office on Drugs and Crime as a collaborative arrangement to promote the ratification, domestication and implementation of the United Nations Convention against Corruption — which in turn provided the legal framework for international collaboration in asset recovery of proceeds as a result of fraud and corruption.