The Tax Court recently ruled in Bats Global Market Holdings, Inc. v. Commissioner, (158 T.C. No. 5) that Bats Global was not entitled to treat gross receipts from fees received from customers for “logical port” connectivity, routing, and other transactions as domestic production gross receipts (DPGR) because those fees were not derived from providing customers access to software for their direct use as required under Treas. Reg. Sec. 1.199-3(i)(6)(iii). Instead, the Court reasoned the connectivity fees were more akin to fees for services that provided customers with network connection rather than “direct use,” as the Section 199 regulations describe.

Prior to its repeal under the Tax Cuts and Jobs Act, effective Dec. 31, 2017, Section 199 allowed a 9% deduction for domestic production activities derived from any lease, rental, license, sale or other disposition of qualifying production property that was manufactured, produced, grown, or extracted by the taxpayer in the U.S. The deduction is based on the DPGR from these activities. However, gross receipts derived from the performance of services do not qualify as DPGR.

The case was brought by Bats Global, a registered securities exchange, which developed a trading platform software that operated electronic markets for trading equity securities, and charged its customers monthly fees including logical port fees for physical wire connections, routing fees for routing orders, and transaction fees for when securities orders were executed. Bats Global operated two marketplaces for purchasers and sellers of securities, for which it charged its customers various port and logical fees. It claimed its fees as DPGR and took a deduction under Section 199 related to the software it had produced.

The Tax Court in Bats Global agreed with the IRS’s stance that the logical port fees that Bats Global charged to its customers were not DPGR because they were fees for services to provide customers with network connection. Similarly, the court ruled that routing and transaction fees were charged for services performed for customers and not derived from customers’ access to software for their direct use.

Per the Tax Court’s ruling, Bats Global cannot claim a Section 199 deduction for its logical port, routing fees, and transaction fees as they costs were not DPGR. Although Section 199 is expired, the case will potentially affect other taxpayers with pending claims from 2017 and earlier. 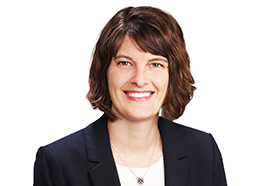