The IRS recently released guidance (ILM 202124008) holding that certain exchanges of Bitcoin, Ether, and Litecoin that occurred before the Tax Cuts and Jobs Act (TCJA) do not qualify for like-kind exchange treatment under Section 1031.

Generally, in order to qualify for like-kind exchange treatment, the property exchanged must be the same nature or character (not the grade or quality).

In prior guidance, the IRS established that virtual currency was property for U.S. federal income tax purposes, and that general tax principles applicable to property transactions apply to transactions involving convertible virtual currency. The IRS concluded in the new guidance that exchanges of: (i) Bitcoin for Ether, (ii) Bitcoin for Litecoin, or (iii) Ether for Litecoin prior to 2018 do not qualify as a like-kind exchange under Section 1031.

The IRS cited two old revenue rulings (Rev. Rul. 79-143 and Rev. Rul. 82-166) that each ruled that Section 1031 did not apply to support its conclusions. For example, Rev. Rul. 82-166 concluded that an investor who exchanged gold bullion for silver bullion was required to recognize gain because gold bullion was not like-kind property with respect to silver bullion for purposes of Section 1031.

The IRS also concluded that Bitcoin and Ether were not like-kind property because of their differences in overall design, intended use, and actual use. 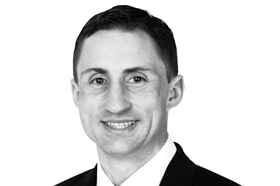