The IRS concluded in a Field Attorney Advice (FAA 20204201F) that the Section 704(c) allocation method use by a partnership between a U.S. corporation and its domestic and foreign affiliates was unreasonable under the anti-abuse rule in the Section 704(c) regulations.

The IRS identified three requirements for the Section 704(c) anti-abuse rule to apply. The contribution of property and allocation of items with respect thereto must be: “1) made with a view 2) to shifting the tax consequence of the property’s built in gain 3) in a manner that substantially reduces the present value of the partners’ aggregate tax liability.”

The IRS noted that the Section 704(c) regulations do not describe what is required for a contribution of property and allocation of tax items to be made “with a view” to shift the tax consequences with respect to the property. The IRS indicated that the “with a view” standard has a lower threshold than the general partnership anti-abuse rule in Treas. Reg. Sec. 1.701-2(b), which requires a showing that a partnership was formed or availed of in connection with a transaction “a principal purpose of which” is to reduce the partners’ aggregate tax liability.

The IRS explained that, even if a taxpayer has other valid business motives, all that is required to satisfy the “with a view” standard under the Section 704(c) anti-abuse rule is that the proscribed shift in tax consequences be “contemplated” or a “recognized possibility”. The IRS determined that the “with a view” prong of the Section 704(c) anti-abuse rule was satisfied: the domestic partners and foreign partner were related, knew the tax attributes of the other partners, and chose a Section 704(c) method they understood would maximize the tax benefits to the domestic partners.

Ultimately, the IRS concluded that the elements of the Section 704(c) anti-abuse rule were met. The FAA suggests making a curative allocation of the taxable income from the foreign partner to the domestic partners to fully offset the effect of the ceiling rule. Under the IRS’ suggested method, the domestic partners would recognize the built-in gain in the contributed intangibles over their remaining Section 704(b) book amortization period. Also, the FAA confirms that the IRS is not permitted to place the partnership on the remedial allocation method or otherwise require the partnership to create notional items.

More generally, the FAA sheds light on the Section 704(c) anti-abuse rule. First, the IRS appears to view the “with a view” standard as having a low threshold. Additionally, the FAA also indicates that the IRS might not respect a back-end gain curative allocation if the relevant Section 704(c) property is not intended to be sold. 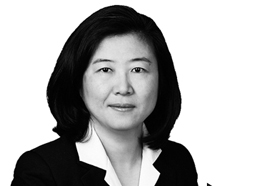 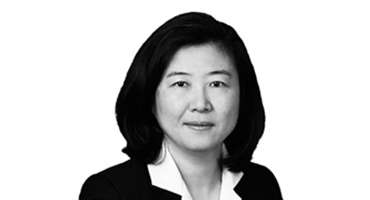