How tech and telecom can stop wasting revenue

Tech and telecom companies need to move fast — and that can leave some revenue behind.

As companies quickly develop, package, customize and market their offerings, their contracts and billing might not keep up. “Historically, in the telecom industry, the repetitive billing processes were not able to keep up with the various marketing and sales initiatives that companies were offering,” said Grant Thornton Finance Transformation Managing Director Ronald Gothelf.

“What we saw historically in telecom, we’re now seeing more on the technology side. It’s affecting technology because of the pace of change for those companies, and because more products are being offered as a service,” Gothelf said.

How can telecom and technology companies track down the places where they are missing revenue, and what can they do to capture it?

Today, the telecom industry’s billing processes have become sophisticated in response to feature complexities. “However, where there is still contract-based billing, it sometimes requires manual intervention,” Gothelf said. “It requires manual data collection and review, as well as interpretation of the contract to properly do billing.”

Those billing errors can add up to big losses on big accounts. “On large enterprise accounts, they often have custom contracts, and tiers associated either with the volume of the usage of the number of lines of service,” Young said. “If someone fails to do that compilation, or if the one person that knows a particular contract or set of contracts leaves the company, that can create a long-term legacy of billing errors that may not be discovered for years.”

“One of the other issues that I’ve dealt with extensively is the ‘goodwill crediting’ that occurs in the call centers, as a mechanism to mediate customer complaints. I’ve seen a company give away tens of millions of dollars per month in the form of these credits,” Young said. These credits can be an important tool, but customer care representatives are often authorized to grant them with very little oversight or management review of the volume or the reason for the credits.

“In some cases, the desire for closer customer relationships has led tech companies to give away a high volume of services — and that’s not always transparent to management,” Gothelf said. “For example, if a client paid once for a monitoring tool, or had a temporary need for it, sometimes the tool is just left on. The client continues to receive the benefit without paying any incremental fees for the service.”

In other cases, product development outpaces the billing system. “In the rush to evolve, especially in highly competitive technology areas, the billing systems frequently fall behind the various products and services which are offered,” Gothelf said. “If they’re not true consumer SKU products, but rather contract-based sales, those contracts capture various elements. Often, such companies don’t have the internal systems in place to track the actual delivery, volume of delivery and other elements of their various contracts.”

Gothelf said one common example relates to client support. A company might give a client ten service calls in their contract. However, if the company has traditionally included service calls as a managed service, it might have no mechanism for tracking how many calls the client has had — or to bill the client for any service calls beyond the ten in the contract.

Contracts become even more important in products that companies deliver as a service. “With software as a service, very similar kinds of issues can exist — where you have custom billing arrangements that are driven by usage thresholds or number of devices,” Young said. “And again, a human being has to be responsible for managing that account and ensuring that all billable events, thresholds or other metrics are being appropriately monitored so that the invoice is accurately compiled.”

Young recalled a software as a service (SaaS) company that missed revenue from its professional services as well. “We found lots of examples of failures to accommodate unique and custom billing arrangements with particular clients. But we also found a lot of errors in the billing for professional services associated with implementations. They weren’t fully capturing things as simple as travel expenses that were billable to the client, or properly billing the client for the hours associated with an implementation effort. A lot of tech companies might not have the infrastructure to ensure that a timesheet is generated to assign hours to a project code.”

“I think the common denominator is that the pace of competition, and the desire to go to market, means that the billing capability becomes a back-office afterthought,” Young said.

Sales, contracts, billing and the other factors that feed into your revenue must constantly evolve with your products. That’s why it’s important to have a revenue assurance (RA) function which watches your processes and calls out lost revenue.

“The RA function sits as a monitor over what’s coming out of marketing and sales, with knowledge of the billing capability — the current capabilities for the billing engine,” Young said.

“I think there needs to be a designated function, ideally reporting into the CFO or with the authority of the CFO behind it to have influence across the organization,” Young said. “This is a function that needs to work across all the silos of the business.” Gothelf agreed that it should have the CFO support, saying that revenue assurance “should be a regular part of billing, but to identify challenges, the function sometimes needs the type of detective review that is done by an audit. So, I would recommend both a role in billing, for preventative control, as well as an element of audit for a detective control.”

Young recalled that, when he audited the collections function at a major telecom company, he found that more than 10% of the overdue accounts were not being moved to collections. Due to an error in the process, “a certain class of customers were not being delivered into the collection system, and therefore they were aging out without any treatment at all. That’s another example of why you need to have somebody making sure that everything functions as intended, as part of an audit cycle and a continuous monitoring routine.”

1.     Do our revenue assurance functions (like billing, fraud management, credit and collections) have a seat at the table in the development of new products or offers? This will help ensure we are able to bill correctly and that other potential revenue realization risks, including payment acceptance risks are identified.

2.     Are the RA functions part of our “go / no-go” decision for final product launch?

3.     Do we encourage critical reviews of commissions, profit sharing or sales spiff structures, including consideration of potential risks of gaming or manipulation by internal or external sales channels?

4.     Do we monitor channel partner performance to confirm they are selling at proper, approved terms and watch for any indicators that they are manipulating our compensation programs?

5.     Do our quality assurance controls for order entry, or automated provisioning/posting of orders into billing systems, ensure accuracy and completeness for orders and invoicing?

6.     Do we experience high rates of customer disputes linked to incorrect orders, wrong SKUs or other error issues originating at the point of order capture and entry?

7.     Do our internal reports show gross sales or net of sales discounts and promotions, and does management have clear visibility into the volume and net profit impacts of discounting activity?

8.     Is our discounting activity reviewed, approved, and monitored at the level of product, market, channel and sales representative, to rapidly detect unauthorized or unplanned revenue dilution?

9.     Are losses due to fraud or bad debt rising, or are they higher than peers in our industry?

10.  Do we experience high sales order loss or abandonment rates (due to credit and fraud scoring) that could indicate our credit and/or fraud rules are not optimized?

11.  Do we closely monitor our frequency of customer billing disputes linked to incorrect pricing/rating or systemic billing errors? If so, are these rates consistently high or rising?

12.  Do we have controls that ensure all billable activity is accounted for and/or that exceptions are being monitored and corrected?

13.  Do we bill on time? What is our experience with late billing, and what revenue impacts do we feel when bills are late?

15.  Have we optimized our payment acceptance capabilities, taking advantage of all possible payment types available in our markets, including those used by unbanked or underbanked consumers?

16.  Have we subjected our collections process to independent review to ensure that all past-due accounts are actually receiving the collections treatment prescribed by management?

19.  Do we monitor, report and measure billing adjustment activity performed by each customer care representative, and do we have systemic controls limiting their ability to apply credits?

20.  Do we utilize customer lifetime value criteria in determining eligibility for retention offers?

The growing need for RA

Tech and telecom companies face continual pressure to evolve new products and new ways to serve their customers. Recent supply chain issues have added yet another layer to this pressure, since many companies need to determine how they can pass along increased supply costs.

“I have clients that have perfectly good standard product costs, but their material price variance is so significant that they need to update their standard pricing much more often,” Gothelf said. “They might be doing an annual evaluation of standard costs, but in today’s world where supply chains cause spikes in material and delivery costs, the evaluation might need to be done on more of a quarterly or even monthly basis.”

All of the factors that feed into your revenue are becoming more dynamic. To strengthen your revenue, better balance your customer relationships, efficiently manage your resources and align your innovation strategy with real returns, you need an RA function with oversight and authority. 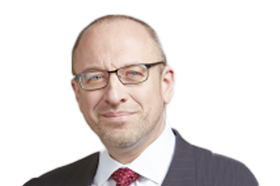