President Biden took office with an aggressive tax agenda. His proposed platform is driven by 10 key factors, and the resulting tax proposals – along with recent state and international tax changes – yield a range of new considerations for technology and telecommunication firms.

“There’s quite a bit that’s still taking shape, defining details, addressing how some of these proposals will be administered, and making sure that they interplay consistently,” Krygier said. “And of course, much of the application of any newly enacted tax legislation can take years to fully develop through additional guidance and regulations.”

“Biden put forth an extensive set of proposals that cover nearly every area of tax. There’s quite a bit that’s still taking shape ...”

But the proposals are already changing the risk profiles for some existing business models and strategic plans in the tech and telecom industry.

Higher rates for profits and earnings

The rates for corporate, individual, income and capital gains taxes are slated to rise, which means companies will need some new calculations for their tax burden in the coming year.

“The 21% corporate rate that we’ve enjoyed for the past few years is really competitive as we look at the global tax community,” Krygier said. “And we’re heading back toward 28% under Biden’s current proposal. That’s middle-of-the-road, but not quite back to the uncompetitive 35% we were at previously.”

Krygier also noted that Biden has proposed a 15% minimum tax on corporate book income. “This is largely in response to media coverage of large corporations that showed financial statement profits but had a very low, or no, income tax expense in the U.S.” While there is little information on this proposal to date, indications are that it would only apply to companies with more than $100M in net income.

Other tax factors outside of Biden’s proposals include provisions that will soon expire, such as the ability to expense R&D costs. That is currently allowed, but after 2021 these costs will need to be capitalized and amortized over five years. “It’ll have a pretty significant impact on companies that are fueling their growth with R&D by delaying the tax benefit of these costs,” Krygier said.

Another consideration is 163(j) interest expense limitations. The limit is currently based effectively on a calculation of earnings before interest, taxes, depreciation and amortization (EBITDA). But, in 2022, it will move to a more restrictive calculation of earnings before interest and taxes (EBIT). “This limitation results in a pretty impactful restriction on many companies that are using debt to fund their growth and operations,” Krygier said. “We’re going to see them facing a much more restrictive limitation on their ability to deduct interest expense going forward.”

Beyond the Biden administration’s tax platform, many states are taking action on new taxes that could impact tech and telecom firms doing business in those states. The election cycle saw comparatively little turnover in state leaders, but other events have triggered the shifts.

“The changes will be driven by gaps in state budgets,” said Grant Thornton National Tax Leader Joel Waterfield. “This has been magnified by the COVID-19 relief efforts and the lack of tax revenue generated by quarantine from the pandemic.” Total state tax revenue was down $46.4B from its pre-pandemic level in the four quarters ending June 30, 2020. At the same time, the pandemic has driven more commerce online.

“This means the states will likely turn toward taxing more and more services. The stage was set for this back in 2018 by the Wayfair decision,” Waterfield said.

House Bill 732 in Maryland proposed a 2.5–10% tax on annual gross revenues from digital advertising, for companies with at least $100M in global gross revenues and $1M in annual gross revenues from digital advertising in Maryland. The bill was originally vetoed by the Republican Governor, but the veto was overridden by the Democratic majority in the legislature and the bill became law. It is worth noting that implementation could prove difficult, as the state lacks the technology or expertise to effectively audit this activity.

“The newly created law has already met with legal challenges in the Maryland court system,” Waterfield said. “But this is likely not a one-state issue, as similar bills have already been introduced and advanced in New York, Nebraska and West Virginia.”

Along the same lines, Colorado is looking to expand existing tax legislation. “Colorado has recently taken its position that the download and streaming of digital products are to be taxed as tangible personal property,” Waterfield said. Meanwhile, New York has broadened its definition of “taxable information services” to include marketing analytical services.

But the biggest digital tax changes might be coming from overseas.

The international year of the DST

Digital service taxes (DSTs) are a trend that began in 2018 and could start to have a much larger impact this year. DSTs tax revenue derived from online business. The European Union considered and ultimately declined to impose a DST in 2018, but France announced that it would impose a 3% DST in 2020. France delayed enforcement after U.S. objections, but France has said it plans to start enforcing the tax in 2021.

In July of 2020, the U.K. passed a 2% DST, requiring the first filings in October 2021. “A number of the tech and telecom companies I work with that are less than $1B companies are now having to make sure that what they proposed to file for DST is compliant,” Waterfield said. “I think that’s something people need to consider going forward.”

Waterfield added that “a number of other countries are falling in line behind DSTs at this point. India, Italy, Turkey and others are proposing their own DST. So, I certainly caution you: This could be the year for DST from an international perspective.”

A carrot and stick for onshoring

Meanwhile, the Biden administration wants to bring more businesses back home. “Biden’s made onshoring a major campaign focus, using tax proposals as a means to implement both a carrot and a stick approach,” Krygier said.

To incentivize onshoring, Biden has proposed a 10% advanceable credit for companies that make investments in onshore operations. On the flip side, Biden proposed a penalty on the profits of U.S. companies that are derived from producing goods or services overseas and selling them back into the U.S. For services, the penalty applies if those jobs could have been performed onshore. The penalty is a 10% surtax on the amount of the company’s corporate tax. So, under Biden’s proposed 28% corporate tax rate, that would effectively mean a 38% tax against those applicable profits.

Biden also wants to reform the global intangible low-taxed income (GILTI) regime. For corporations, the current maximum effective U.S. tax rate on GILTI is 10.5%, a 50% reduction from the regular 21% corporate rate. Biden has discussed raising the effective rate to 21% for GILTI, and applying it separately to each country.

“It’s not entirely clear yet how else Biden envisions reforming these rules, and how that might be affected by the proposed rate. Much of the language surrounding the proposal appears to contemplate expanding the scope of GILTI so that it operates more like a true global minimum tax,” Krygier said.

All of these factors have unique impacts, and many also contribute to a perfect storm for M&A deal activity.

For instance, many privately held tech and telecom firms are eyeing the increase in the capital gains tax as a driver for deal making. “Biden’s proposing to tax capital gains essentially as ordinary income for taxpayers with over a million dollars in income,” Krygier said. This essentially doubles the current rate of 20%, potentially up to 39.6%.

“We’re already seeing this potential increase accelerating transaction activity within the tech industry, amidst high valuations,” Krygier observed. “Looking back on deal activity for 2020, I would say if anything was immune to the virus, it was deal activity within the tech space. I think that’s expected to continue as we see an influx of founder-owned and private equity owned businesses looking for exit options or liquidity events at the current lower capital gains rate. There are potentially instances where business owners may look to sell a little sooner, maybe accepting a slightly lower valuation, knowing they might be facing a higher tax bill if they wait a year or two.”

But, the turbulence of the other profit and earnings tax changes means that dealmakers need to be careful to avoid winding up in dispute.

Dealmakers are being more thoughtful about international deal structures today, knowing that changes are coming over the next two years. Transaction structures that are agreeable under the current Tax Cuts and Jobs Act might soon become more complex, and the possibility of international DSTs introduce another deal consideration.

“Even if companies have made a best effort, exposure in indirect taxes has come up routinely. That’s an area where we spend a lot of our time in diligence and deal negotiation.”

“Tax exposures routinely become a price chip item in deal negotiations,” Krygier said. “A lot of the indirect sales or services taxes are intended to be pass-through taxes, borne ultimately by the consumer of the service or product. However, if a company hasn’t previously been compliant with these taxes, the customer base might view the imposition of these indirect taxes as a price increase. That impacts the overall investment thesis behind the transaction.”

Krygier added, “With the constant amount of change, the grey area in defining taxable revenue streams, and the various jurisdictions that deals can cover, not everyone’s complying perfectly. Even if companies have made a best effort, exposure in indirect taxes comes up routinely. That’s an area where we spend a lot of our time in diligence and deal negotiation.”

Taxes are only one of the ways that the Biden administration could have an effect on tech and telecom firms.

New opportunities and potential legislation are likely to open some critical windows where tech and telecom firms can and should take action. 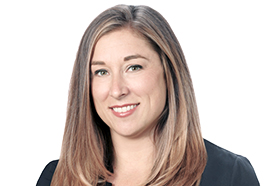 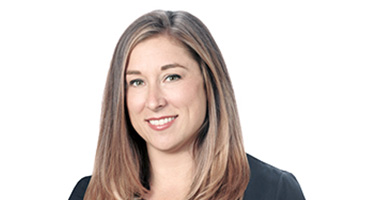 Melanie is a Partner, leading our M&A Tax Services practice for the West Region, with more than fourteen years of experience serving public and private multinational companies across multiple industries.