Clear the cloud around contractor fraud

The competition to win government contracts is tough. But contractors need to carefully avoid any behavior that slips into — or even resembles — fraud.

Sometimes, the line that separates fraudulent conduct can seem clouded by multiple factors. To make sure that you stay on the right side of the line, embrace a culture of integrity and accountability at every level of your company.

“When working with a government entity, ask yourself: Could the activity I’m considering create an unfair advantage for my firm?”

“When working with a government entity, ask yourself: Could the activity I’m considering create an unfair advantage for my firm? If so, then you have to avoid the activity and talk to the ethics officers in your company,” said Grant Thornton Risk Advisory Services Principal Linda Miller.

“And, when in doubt, don’t do whatever it is that you’re concerned about,” Miller said.

Government contracts are big business. In FY2020, the government awarded $665B in contracts. “This is a staggering sum of taxpayer money, being spent on contracts across federal, state and local governments,” Miller said. “That makes it a very attractive target for bad actors,” whether they are sophisticated swindlers or people who just see an opportunity.

Procurement fraud is on the rise, and federal officials have stepped up efforts to find and prosecute those cases. In 2020, the Office of the Inspector General said about one of every five of its ongoing investigations involved procurement fraud.

In FY2020, the federal government received settlements totaling $75M from procurement fraud cases; in FY2021, that figure rose to $119M. In October 2021, the Department of Justice also launched its Civil Cyber-Fraud Initiative. The initiative targets companies or individuals who knowingly put U.S. information at risk by providing deficient cybersecurity products or services.

To stay on the right side, contractors need to clear the clouds of complexity around what constitutes fraud, and what doesn’t. Fraud can occur either before or after a contract is awarded.

“Procurement fraud” is defined as any activity intended to defraud the buying activity or degrade the integrity of the acquisition process. One of the cloudiest areas is influence peddling, or using a former government worker to help win a contract.

“Some of the very features that make a former public servant appealing to the private sector could be a source of ethical concern.”

“In many cases, there’s a really good reason for hiring a former government employee,” Miller said. The employee may have important subject matter expertise or knowledge about the way the agency operates. “But some of the very features that make a former public servant appealing to the private sector could be a source of ethical concern,” she said.

The simple appearance of a conflict of interest is “probably one of the grayest areas there could be,” said Grant Thornton Public Sector Advisory Services Senior Manager Taylor Larimore. “It’s not enough that there’s necessarily actual fraud, but if there’s just the perception that bias has influenced the procurement process, then that can have significant implications,” he said. “There needs to be an arm’s-length transaction when working with the government — or really, in any business dealing.”

Corruption is the most common type of fraud, Larimore said. Corruption occurs when an employee uses company influence to obtain direct or indirect benefits. “It’s responsible for roughly half of all fraud schemes,” he said. Some industries that are particularly susceptible to corruption are nonprofits and the healthcare industry, according to the Association of Certified Fraud Examiners (ACFE).

Federal grants and loans can also be vulnerable to many types of fraud, Larimore said. Each year, the federal government has been awarding about $450B in grants just for infrastructure programs and scientific research — but, since the COVID-19 pandemic, that figure has ballooned to more than $600B. Cases of embezzlement, theft, bribery, false claims and wire fraud have been tied to government grants.

Often, there’s a lot of flexibility in implementing the grants, so that can prompt questions about where to draw the line, Larimore said. “We’re working with an agency now to perform a proactive transaction review and help them identify and correct issues of non-compliance created by confusion due to fiscal flexibilities and changing program rules. Ultimately, these types of proactive reviews can help agencies gain valuable insight into areas of confusion and frustration that grantees are experiencing.”

Fraud can have major consequences on participants, and its impact can result in more than just financial losses.

In one case known as the Fat Leonard scandal, a Malaysian businessman was charged with bribing U.S. Navy officials with more than $500,000 cash, as well as prostitutes and expensive cars and meals, to get classified information about the movements of Navy vessels so that the man’s company would have its goods and services at the forefront when the ships arrived. More than 30 people were charged in the scheme, including more than a dozen Navy officers.

“Senior officials were accepting these bribes, which allowed the more junior officers to say, ‘Well, gosh, I didn’t think this was okay — but look, he’s doing it, so I guess it is okay,’” Miller said. 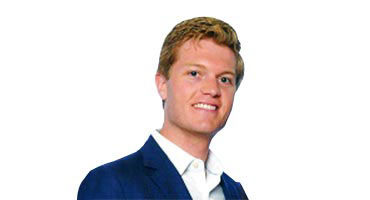 “You don’t want to introduce bias or conflicts of interest into the process because, at the end of the day, that’s going to create issues that could lead to fines and criminal penalties.”

A fair procurement process is essential, Larimore said. “You don’t want to introduce bias or conflicts of interest into the process because, at the end of the day, that’s going to create issues that could lead to fines and criminal penalties.”

Or worse: In Afghanistan, explosive devices were killing American soldiers at culverts along an important highway, even though the Navy had paid contractors to install security bars on all of the culverts. The contractors had submitted photos of bars placed on the culverts, but investigators found out that “over and over again, they showed the same image” so the Navy did not know that only a few culverts were protected, Miller said. “There are more than just financial impacts here. This can lead to human loss of life, damage to the environment, and health and safety threats,” she said.

The federal government may be expanding its resources to fight procurement fraud, but it’s ultimately essential for individual companies to closely monitor their own activities.

“You can establish controls and monitor metrics, but your culture and education are fundamentally important,” Miller said. Consider these factors to help your company stay on the right side of the law:

The ACFE issued an anti-fraud playbook that balances the fraud triangle with the integrity triangle.

The fraud triangle “is the concept that fraud is most likely to occur where there is the presence of opportunity, motivation and rationalization,” Miller said. Motivation, for instance, could occur if there is financial pressure. Rationalization could result if an employee thinks the government is really big and no one will notice.

On the other hand, the integrity triangle embodies the concepts of responsibility, accountability, and authority, and counteracts the fraud triangle.

The message of integrity must come from the company leaders and be a part of the company’s culture at every level. “Creating and driving a culture fueled by integrity is as important to preventing procurement fraud as any controls,” Miller said.

Linda Miller is a nationally recognized expert in fraud risk management and has helped dozens of organizations manage their fraud and financial crime risk. 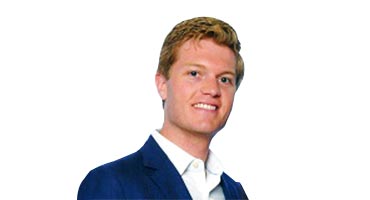