Over the past decade, the “table stakes” for environmental, social and governance (ESG) have increased as North American firms have attempted to keep pace with European advancements in establishing and implementing frameworks. Action is currently voluntary. But most private equity firms are taking steps, prompted by a combination of European examples, imminent regulation, limited partner expectations, and their own sense of what needs to be done.

Grant Thornton ESG & Sustainability Services Director Angela Jhanji noted that, as awareness has grown, choices such as which ESG framework to adopt, how to right-size ESG for each firm, and how to best implement it across portfolios have become more important. Likewise, as firms have moved to implement ESG policies, complexities surrounding data, tracking and communicating with stakeholders are creating uncertainty for firms navigating this environment.

Grant Thornton brought together, in a video call, private equity executives responsible for their firm’s ESG initiatives and, through this discussion, some basic implementation strategies were explored.

When establishing an ESG framework, private equity executives noted the tensions between common key performance indicators which can be applied horizontally across various industry types within a portfolio and the metrics which reflect the business models of each asset.

Different firms have tried — and iterated — different approaches. Because of its emphasis on materiality, the Sustainability Accounting Standards Board (SASB) set of standards was a preferred starting point. One participant noted that his firm identified nine out of an ever-growing list suggested by SASB as fundamental elements which his company leaders believed were most impactful and used enterprise risk management to further refine the parameters. They reviewed responses, compiled them into a report that shaped the conversation at the board meeting, and repeated the process annually. This approach, like many others, was flexible, with a strong reliance on early assessment and rapid refinement.

The creation of benchmarks for salient ESG topics, such as carbon footprint, diversity, equity, and inclusion (DE&I), board diversity, and supply chain efficiency is becoming more common as organizations try to streamline and focus their efforts on standardized cross-industry data. The next step is to tie ESG metrics to plans of action, growth metrics and eventually financial performance.

One firm acknowledged asset differences by asking each of its portfolio companies to choose two metrics from each ESG dimension — environmental, social and governance.

Another participant suggested that the ideal way forward would be to identify multiple assets that could be meaningfully compared — and then create a two-by-two grid positioning them based on their impact and effort (commonly referred to as a materiality assessment).

Given the early stage of ESG adoption, one firm found it useful to focus on a single element as an entry point. For instance, because it applies across portfolio assets, DE&I has been an early focus of many companies. To the question of whether it should be included in ESG evaluations or be a separate concern, Jhanji clarified that it depends on the company. The current thinking in private equity, she said, places it under the “social” dimension in ESG; in human capital and talent management conversations, DE&I is usually treated separately.

In practice, DE&I showcases the interconnectivity of ESG topics and the advantages firms can find in tracking processes through this lens. For example, when scrutinizing board composition (a traditional “governance” issue), firms found they could measure recruitment activities, sourcing quality, step-by-step equity and drop-out rates to ensure the process was as unbiased as possible.

Firms increasingly have to simultaneously satisfy ESG advocates and persuade ESG skeptics. The major visible push comes from limited partners who, for example, continually share numerous Due Diligence Questionnaires (DDQs). General partners advocated that the nuances they discovered could not always be captured in the automated DDQs. A participant shared an example of growth portfolio assets in which they had intervened. In this case, using a one-time snapshot was missing the point of growth entirely. For instance, the baseline for measuring ESG standards can be set at the time of acquisition, not at current progress or growth. Metrics are reported based on asset vintage: companies acquired five years ago are judged by different criteria than companies acquired two years ago. This time-sensitive analysis provides a more meaningful indication of progress.

Conversely, some firms reiterated the need to sell the value of ESG to the deal teams who must create time for it. Ultimately, the function needs to be incorporated into the way firms do business, not siloed somewhere between the management and deal teams.

Quick wins, such as steps to remove bias from board recruitment, helped persuade those executive committees which were still skeptical.

From advocacy to implementation

While implementation is advocated by limited partners and prioritized by executive committees, it is initiated by the ESG leads in firms — an increasing number of whom are specialists. That said, successful implementation needs to be led by the CEOs of portfolio companies. To that end, ESG is being included in CEO performance reviews but has not yet been tied to compensation. Additionally, in Europe, ESG metrics continue to be tied to financial performance.

Participants agreed that ESG expectations will continue to evolve — and rise, often taking cues from Europe. Even in the absence of SEC or other regulatory intervention, companies need to accelerate their efforts. Asked by one participant if climate disclosure would become table stakes in the next 16 months, the audience wholeheartedly agreed. What is important is to get past an “issue-of-the-year” mentality (such as biodiversity). Private equity firms without robust ESG programs may be shut out of deals, which should be a strong motivator for any company. 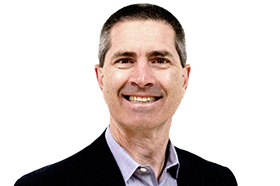 Jim is a partner at Grant Thornton and oversees the firm’s ESG & Sustainability services. In this role he develops sustainability strategies and reporting solutions as well as attestation offerings. 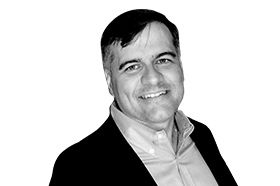 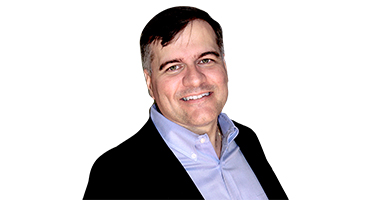