An international perspective on arts and culture post-pandemic

The outbreak of COVID-19 has had a profound effect on every aspect of life in societies and economies across the world. The shutdown of the arts and cultural sectors mirrored the enforced global hibernation. Now, as nearly two years of torpor appear to be ending, how is the sector re-energizing, and how has it changed? In September 2021, Grant Thornton’s international not-for-profit network brought together senior leaders from some of the largest and most prominent institutions from across the UK, the United States and Canada to look to the future opportunities and challenges in the sector.

The meeting was held under the Chatham House Rule, so this document is a summary of the key points that were debated, but we do not quote any of the participants directly or attribute particular comments to individuals or their institutions.

The institutions represented at the virtual roundtable faced many of the same challenges as other businesses during the pandemic — how to adjust to home or hybrid working, the dramatic loss of revenue from trading, meeting unavoidable costs and planning for an uncertain date to reopen.

The sector operates across a range of domains including tourism, performance, charity, investor and educator. This means it overlaps with other economic activities, as well representing something more vital — each respective society’s repository of collective identity. How the thousands of institutions responded, and were affected, depended on many factors such as their dependence on tourism, the size of any reserves or endowments to weather the storm, and the uncertain availability of emergency state support.

Most institutions attending the roundtable had weathered the initial shock as large, well-governed institutions would have expected to. However, as the pandemic restrictions tightened, relaxed and then returned with new peaks of infection, it has become clear that the short-term implications are morphing into longer-term aftershocks that will continue to be felt. COVID has become a multiyear challenge, stretching beyond the usual business planning horizons. Roundtable attendees were clear that the effect on finances will echo for several years to come.

All the attendees had attempted to model future business models and cash flows, but this proved extremely difficult; one attendee called it “virtually impossible.” In common with other parts of the global economy, there was little insight that could be gleaned from previous experience, so there was an assumption that aftershocks will continue to occur. For example, since the roundtable was held, inflation has become a much greater near-term risk across many of the largest global economies, with underlying costs likely to rise while revenues have still to recover their former strength.

An opportunity for change

All participants were clear that the pandemic had dramatically altered the arts and cultural sector landscape, particularly with regard to the workforce. The majority of the participants in the roundtable have unionized workforces, with long-standing collective bargaining agreements. A common theme of co-operation and engagement was obvious across many participants, as unions recognized the unparalleled scale and complexity of the implications of lockdowns. Unions set aside previous collective agreements and, at least while COVID was seen as temporary, staff were supportive on the assumption that there would be (or will be) a reversion to previous practice. This represented a window of opportunity for long-standing structural changes to be made with less media interest and more acceptance.

However, as theatres, galleries and halls remained closed, staff morale and well-being has become a greater concern. One participant highlighted the relative youthfulness of its performers, which meant a wave of COVID infection when restrictions were eased but before that age group had been vaccinated. The results in many cases were unplanned closures just as potential audiences were returning to work and to arts and culture venues.

Where redundancies and restructures have taken place, there is a risk of losing organizational memory and what makes an institution special. The key, as one participant put it, was to promote these changes as a positive that will build a stronger foundation for a sustainable future.

In addition, the competition for talent has intensified. Content producers like Netflix that have benefited from stay-at-home orders are now offering large salaries and new opportunities for arts and cultural talent, both in front of and behind the camera. Retaining those gifted individuals is going to require a strong vision of the social and cultural benefit delivered by the sector if it is to compete on something other than attractive wages.

Alongside the pandemic, no attendee hesitated in highlighting the importance of the ongoing efforts to drive social reform.

An attendee with a strong historical record for diversity and inclusion was clear that racial equity was now a much bigger part of all conversations, with much more openness to positive inclusion actions. This ranged from color-blind casting to requiring professional advisors to have multi-ethnic teams and suppliers having proof of diversity policies.

Workforces are also more forthright about bringing forward issues of grievance and the need to see real changes in attitude and practice. What was particularly noteworthy was that this pressure is replicated by audiences as well. If institutions are to continue to fulfil the role of social conscience and cultural memory, there is an expectation that they will lead where others will follow.

Selling the changes enforced on organizations by the pandemic as a positive, as well as exhibiting the changes demanded by social change, means that arts and cultural institutions have to alter their engagement with the public. Attendees had clearly picked up the pace and saw these two threads as intertwined; delivering one would help deliver the other. Thinking afresh about how the public consume content in the very broadest sense could allow institutions to grow and fulfil their changing social mission much more effectively.

Lockdown meant closed buildings, so many institutions went online and some simply went outdoors. Institutions previously rooted to one location in one city began to reach out via new channels to new audiences eager for experiences while at home. This is unlikely to be a short-term phenomenon. Even where lockdowns have largely ended, at least for now, workforce patterns have changed. In large cities, the night-time economy may look very different with fewer people in the office Monday through Friday. Will people go to the opera after work, for example, if they’ve not commuted to the city that day?

With new channels, participants reported a much broader engaged demographic, but opinions varied on how best to retain and grow that demographic. In practice, a move toward more digital engagement means running, in parallel, two institutions — an online virtual one, and the physical establishment. While lockdowns persisted, providing digital engagement was a useful and beneficial activity for staff that would otherwise have had little to do. But as institutions reopen and those people return to their previous roles, one attendee was concerned that major investment would be needed to sustain the online presence. It’s a competitive space and one that institutions need to understand much more completely than was necessary before the pandemic.

COVID has clearly fundamentally altered the underlying economics and, in conjunction with calls for social reform, has changed the social mission of institutions that are keystones in our cultural lives. Roundtable attendees are fully aware of this transformation and are not only working to mitigate the risks but also to embrace the opportunities. Some of the changes may not be by choice, but creative thinking is one of the strengths of the sector, as is the talent to make those changes beneficial for everyone. 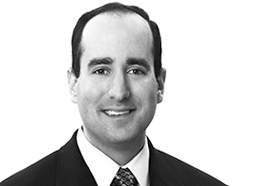 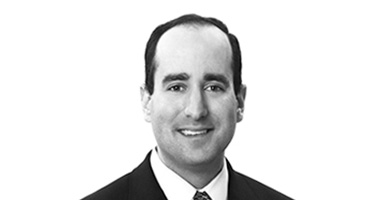 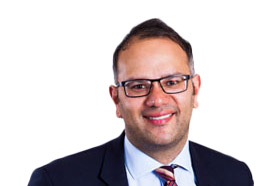 Director, UK Head of Not for Profit