Every manufacturer can find unique value from tech

Leading manufacturers are already investing in business technology, but many are still seeking more clarity about the best options available.

A Grant Thornton survey of more than 100 manufacturing CFOs indicated that most have invested in a range of business-side technology. For instance, 32% have built automated analytics into their finance functions — and another 56% plan to do so in the next two years.

We asked manufacturing CFOs when, if ever, they expect their finance functions to implement the following automation technologies:

Robert Hersh, Grant Thornton National Managing Principal for Manufacturing, said, “Those in the middle market spend a lot of intellectual capital keeping the business running — and they’re running very lean. They know these technologies are out there, and that they can help them, but they struggle with exactly how to proceed.”

“They know these technologies are out there, and that they can help them, but they struggle with exactly how to proceed.”

The 180,000 US manufacturers with fewer than 20 employees are often risk averse, with limited capital and technology resources at their disposal. They might be using spreadsheets as their planning software now; they need to be very strategic about their next technology investments.

These companies can become the innovators of tomorrow. But, the first step is to find the right approach.

Hersh asked a team of industry experts and researchers about the best approach to tech innovation during a recent Grant Thornton event for manufacturers.

The consensus was that it’s important to start small with a measurable ROI and rapid payback. For example, a company can begin with a small number of sensors attached to key assets, measuring usage, energy consumption, wear-and-tear, deviation from specifications and more. Through a continuous stream or periodic transmission, the information can be gathered into a database as a critical resource for planning. As the value of the approach becomes clear, the manufacturer could add more.

Rainer Hebert, Director of the Pratt & Whitney Additive Manufacturing Center, emphasized that automation is not “one size fits all.” For some companies, sensors which could reduce asset management costs would be a meaningful first project. For others, it might make more sense to implement manufacturing execution software, introduce robotics, create digital twins of key assets or use software to simulate manufacturing processes such as casting or forging (reducing expensive trial and error).

George Bollas, UTC Endowed Chair Professor of Advanced Systems Engineering at the University of Connecticut, described how a precision manufacturer asked technicians to develop a sensor that recorded sound from a mechanism and uploaded the sound to a cloud-based system that analyzed it for deviations. “It’s quite challenging to think that there is a continuous audio that’s being streamed into a cloud where you can actually have access to that and generate these machine learning algorithms for diagnostics or prognostics,” Bollas said. But it’s now possible, and clear results can yield valuable returns on this targeted investment.

To arrive at the right technology for your company, the key is to start with process. That means understanding and possibly improving process before you do anything else.

“If you digitize a bad process, it’s still a bad process,” said Berardino Baratta, Vice President of Projects & Engineering at MxD. On the other hand, a good process can serve as a model for an even better digital process. One company learned this the hard way, Baratta recalled. The company processed an enormous mix of different parts, so it invested in creating a comprehensive and detailed digital tracking system.

“I was there the day it was rolled out,” Baratta said. The designers had asked one of the workers for their impression of it. “I still remember her name — Mary. She said, ‘It’s a waste of time. It’s not using our MES system, and it’s not integrated with anything we do. It takes me longer, and I actually can’t keep up.’” The system didn’t flow with the processes around it — workers were using a simple card system to create a first-in-first-out queue. It was an essential part of the larger process, but that hadn’t been identified or considered. “They didn’t involve the people that were doing the work, day to day. So, they created a whole system with a bunch of cool technology that actually didn’t solve the problem they had — and they went back and digitized the card solution.”

However, another manufacturer found success by building a system to target a pain point in its process. The company’s fast-moving assembly process suffered from product defects when a small washer wasn’t attached. By attaching the washers to a sensor that held the product until the washer was pulled, the company dramatically reduced their defects.

There is no one innovation that will yield results for every manufacturer, but every company has a unique path to innovation that must pass through its workflow, pain points and ROI.

While change should be incremental, it should not be piecemeal. All facets of a change should be fully considered, even beyond the process workflow. On the business side, companies must determine relevant staffing needs, executive champions, training, KPIs and ROIs. For the solution itself, companies must determine what to automate, how to automate it, what data to collect, how the data should be transmitted and stored, whether machine learning should be involved, upgrade paths and, of course, security.

When a single breach can result in millions of dollars in losses, or shut down operations, security is critical. Laurent Michel, Synchrony Chair in Cybersecurity at the University of Connecticut, outlined an approach inspired by the National Institute of Standards and Technology (NIST) framework:

The realities of funding also shape technology investment decisions. The need to justify funding, especially in smaller companies, argues for small, impactful and measurable initiatives. Sometimes, the best ROI can be gained through training, rather than capital expenditures. Training can drive best practices that reduce security threats while getting more out of existing technology.

The talent for the tech

Nationally, open manufacturing jobs stand at nearly a half million positions now — and even more may open up in the near future. That makes it challenging for manufacturers to recruit talent, especially for technology.

To recruit the talent for technology, manufacturers may need to change the industry’s reputation as dangerous and low-tech. “So many people still think manufacturing is out of the forties, and showers of sparks — it’s this dangerous environment, and there’s no technology. It’s not true,” Baratta said. Contemporary manufacturing is actually infused with technology.

Companies must also reach out, actively and creatively. This could mean forming partnerships with high schools, community colleges or university engineering programs. Often, foundations will underwrite these efforts. For example, manufacturers can fund senior capstone engineering projects, engage with students through faculty before they declare majors or work with not-for-profits to expose high school students to manufacturing skills.

For manufacturers that are ready to innovate with technology but need clarity about the best options and approaches, the team summarized five top takeaways: 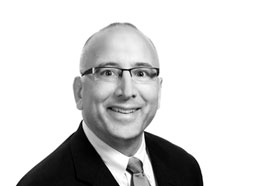 Bob Hersh is a partner in Grant Thornton’s East region Business Advisory Services practice and the practice leader for the Metro New York/New England market territory. Based in our Boston office, Hersh has more than 25 years of consulting experience in enterprise system design and implementation, IT strategy and planning, process analysis and design, strategic planning, and operations management.