Though the pandemic saw a decrease in regulatory actions related to corrupt practices, that lull reflected global circumstances and political transitions, not a conscious change in emphasis by regulators.

Life sciences companies are already experiencing an increase in scrutiny and, as travel restrictions relax and businesses take more steps toward normalcy, regulatory scrutiny could increase. In addition to the Biden administration’s explicit prioritization of anti-corruption efforts, state attorneys general — often with the support of legislators — are focusing on drug price increases and transparency. Your life sciences company will need to revisit its compliance program in order to coordinate compliance and commercial functions. Regulators will assume this coordination.

It will be wise to also address third-party risk management, virtual and in-person interactions with healthcare professionals — including perks or payments — and implications of sanctions prompted by the invasion of Ukraine.

“The FCPA and renewed efforts by the current administration reflect the belief that corruption and other unethical behaviors create an uneven playing field for global organizations, and particularly in the life sciences industry.”

While particular manifestations can be new, the essence of anti-corruption efforts remains rooted in the Foreign Corrupt Practices Act (FCPA), which passed in 1977 after years of revelations about unethical corporate practices. The Watergate prosecution uncovered falsified financial records and slush funds for illegal campaign payments, as well as dubious foreign payments. A Senate committee further illuminated the practice — and culture — of making off-the-books payments to foreign governments and actors.

All of this led to the passage of the FCPA, which remains the cornerstone of anti-corruption efforts. Grant Thornton Forensics Advisory Services Partner Frederick Kohm explained, “The FCPA and renewed efforts by the current administration reflect the belief that corruption and other unethical behaviors create an uneven playing field for global organizations, and particularly in the life sciences industry.”

The FCPA is enforced by the Department of Justice’s (DoJ) special unit that prosecutes criminal cases, and a similarly specialized unit within the SEC that undertakes civil actions. The DoJ’s jurisdiction is broad and includes public companies and their officers, directors, employees, agents, or stockholders acting on their behalf; U.S. citizens, nationals and residents; U.S. businesses and their officers, directors, employees, agents, and stockholders acting on behalf of domestic concerns and certain foreign persons and businesses that act on behalf of U.S. companies in the U.S. The SEC unit’s scope is limited to public companies and various parties acting on their behalf. They work with the DoJ, other federal agencies and international partners.

Further, Kohm explained: “In the life sciences industry, external pressures, rationalization of actions, and opportunities due to lack of or weak controls continue to be driving factors in the bribery and corruption matters we’ve recently worked on with our clients.”

“In addition to FCPA enforcement, life sciences has seen additional enforcement and sanctions around the False Claims Act and the Sunshine Act. Various organizations paid over $400 million in violations in 2021.”

Grant Thornton’s senior associate in Forensics Advisory Services Mary Bohrer noted, “In essence, the act prohibits bribery, which it understands as the offer, pay or promise to pay any foreign official or intermediary for the purpose of obtaining or retaining business that it defines as both direct bribes and bribes effected through intermediaries.”

Although it specifies foreign corrupt practices, the act has also been applied to domestic bribery. Penalties are harsh — criminal fines up to $2 million per violation for entities; up to $250,000 per violation and up to five years in prison for individuals; and civil fines of up to $16,000 per violation for entities and individuals. Courts can order the forfeiture of profits resulting from the illegal action and, in some cases, fines equal to twice the anticipated gains. Violators may be barred from bidding on government contracts or holding export privileges. In addition to these disincentives, whistleblowers are incentivized to report violations either to the SEC or to company officials.

Perhaps of more immediate concern for many life sciences companies are perks and resources given to healthcare providers in the normal course of business — be they meals, marketing materials or incidental purchases. Understanding the rules regarding such transactions and properly documenting them are essential responsibilities. Documentation makes the nature of the transaction clear, with no need for additional explanation or context.

“In regards to prosecution around the anti-bribery provision, having fraudulent books and record-keeping can be interpreted as the issuer having knowingly made illegitimate transactions and can therefore be seen as proof of corrupt intent.”

The warning within accounting and compliance provisions

Ensuring that such documentation is provided and best practices are followed is the provenance of the FCPA’s accounting and compliance provisions.

You can meet the “books and records” requirement by retaining pertinent documents and information such as annual and quarterly reports, maintaining books in reasonable detail, and following standard and acceptable methods of accounting and financial recordkeeping, eliminating room for mischaracterization of bribes and slush funds.

Internal compliance systems are mandated so that, among other purposes, assets are compared with plans at reasonable intervals.

The accounting and compliance provisions are meant to work in tandem to avoid situations such as employees misclassifying expenditures as legitimate business costs when they are or appear to be bribes. The provisions carry a warning that deliberate failure to follow proper accounting practices and impose proper controls can bring on punitive action.

“Consider the case of Arriva Medical, formerly the nation’s largest Medicare mail order diabetic testing supplier. Allegations were that Arriva and its parent company made or caused claims to Medicare that were false. Regulators argued that this met the criteria for bribery under the statute. Arriva’s Medicare supplier status was revoked, and the company ultimately ceased operations.”

How to establish active compliance

To avoid the consequences of violations, Grant Thornton Forensics Advisory Services Manager Keith Mellott advised infusing your compliance program with these key aspects: “Shape the program to your particular business and market; promote it from the highest levels to front-line employees; grant autonomy, prestige and resources to your compliance function; monitor both executive statements and executive actions; and consider incentives such as linking compliance assignments, education, and impeccable records to career advancement and bonuses.”

On the flip side, Mellott said, is reinforcing a culture of compliance by publicizing compliance failures. In addition, he said, disincentives can be effective. One example is precluding the sales team from receiving financial rewards if compliance infractions reach a set bar.

Education should be ongoing, responsive to current issues and reflective of any past missteps, Mellott said. A code of conduct should be promulgated, up-to-date and easily accessed.

Updating could range from accounting for virtual contacts to formulating a response to sanctions imposed on an aggressor government. While companies such as Coca Cola and Starbucks might take the step of refusing to do business in certain situations, life sciences companies can make a legitimate case that the essential nature of their product demands a different approach. That said, the specific contours of an engagement should be clearly enumerated.

From pricing to healthcare provider relationships, life sciences companies have unique FCPA compliance issues. Those issues may be thrown into relief as enforcement actions increase. But an understanding of the harms the law was intended to prevent and a vigorous compliance program developed specifically for your company will help you move forward with confidence.

For further details, register to replay the webcast, Enforcement Actions: A Spotlight on Life Sciences. 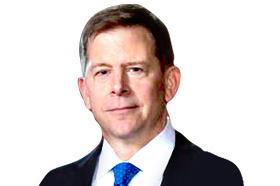 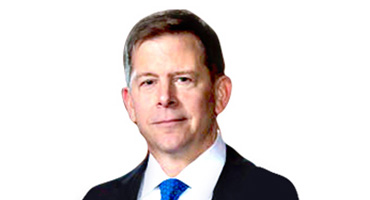 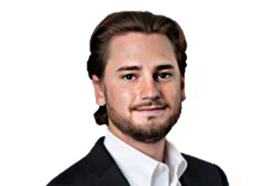 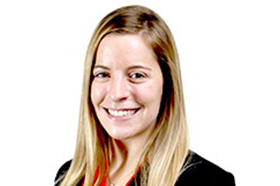