How to avoid Sarbanes-Oxley compliance surprises

The recent popularity of SPACs (Special Purpose Acquisition Companies)—according to Grant Thornton research, they raised more than $26 billion in January 2021 alone— has brought well-deserved attention to the many benefits that accompany going public. Unfortunately, far less attention has been paid to the requirements and effort such a transition triggers—too often overlooked and underestimated.

The biggest shock to many new public companies is the significant ICFR obligations associated with the Sarbanes-Oxley Act of 2002 (SOX). Regardless of your SEC filing status, all public companies are expected to design and operate an effective ICFR environment that is aligned to a suitable framework (e.g., COSO Internal Control – Integrated Framework (2013)). Those controls also need to be tested annually by the company to support financial statement disclosures regarding internal control.

The internal control expectations for modern public companies are substantial. While virtually all private organizations recognize the importance of effective ICFR, many have gaps in control, insufficient control documentation, unmitigated segregation of duties risks, and other challenges they need to quickly overcome. Becoming SOX compliant often necessitates changes to underlying business and information technology (IT) processes and financial applications that companies had not contemplated.

This effort requires specialized skills to design and operate controls, implement corrective actions, and execute the SOX compliance program. According to Alan Demir, Director, Risk Advisory, “Formalizing your internal controls, and establishing a sustainable SOX compliance program can be a huge project. Many companies preparing to go public via SPAC haven’t adequately considered the cost or effort to build the program, the temporary and ongoing resources required, or the strain it will put on their teams.”

While there are grace periods for meeting SOX demands, they are relatively brief given the work required to comply. The clock starts when the SPAC goes public, not when your transaction is completed. And grace periods can be further truncated if certain thresholds (such as annual gross revenues) are reached.

Consider this best-case business scenario, which is a worst-case SOX compliance scenario: A company completes the transaction in year 2 of the SPAC. They were already a large private company with nearly $2 billion in revenue. After the transaction, the stock price has increased substantially and at the end of the first quarter, they have over $1 billion in public float. This combination likely results in the company having an SEC filing status of “Large Accelerated Filer”. However, for SOX compliance, that means in the year the transaction is completed, the company needs to design and operate an effective ICFR as of fiscal year end, and those controls are required to be audited by the financial statement auditor in accordance with SOX 404(b).

Contributing to the ICFR challenge

Successful private companies with long-tenured staff may have more difficulty meeting ICFR requirements, because the lack of turnover means fewer employees with public company experience. Even if your team is very capable, training is often required to increase awareness, understanding and acceptance of internal control expectations. “Successful private companies often have highly tenured staff, with limited turnover, or they're not hiring from public companies,” Demir observed. “Those folks likely won’t have the recent experience necessary to understand or address many of the SOX compliance requirements.”

Does your team know the difference between “process” and “control”?

If you ask a team member to explain a given control and they respond with “I take this report and discuss it with Sally. Then we send it to Dave who…”, you likely have some work to do. They are discussing the process, and may not fully understand the specific risk(s) intended to be mitigated, or the discrete actions that constitute the control.

Because much of this work consists of documentation, documentation, and more documentation, those same well-run companies often have difficulty evidencing the control operated. “A material weakness in internal control is the potential for misstatement; not that one actually occurred,” says Maximilian Geier, Senior Manager, Risk Advisory. “The real pain and frustration for private companies is that you can be doing all the right things, but if you don’t formally execute controls or have adequate documentation to support those activities, deficiencies will be identified.”

The consequences of noncompliance

Tangible and costly impacts result from ineffective ICFR, especially if the company has one or more material weaknesses. The likelihood of these negative impacts increases if significant deficiencies or material weaknesses recur each year. They can include, but are not limited, to:

We’ve never met a Chief Financial Officer who looks forward to explaining a material weakness on an investor call.

We have helped companies complete this process under very short timelines. However, a 3 - 6+ month process to design and deploy an internal control framework, and test those controls is more typical, and the minimum recommended timeframe.

Even if you are just starting to think about a transaction, these actions will allow you to move forward with confidence:

The keys to success

Going public via a SPAC is a great leap forward for companies. With proper planning, it doesn’t have to be a leap into a thicket of regulatory demands. Even if you don’t go public, internal controls are good for your business. They have been proven to reduce risk and improve business performance. Take advantage of the opportunity to formalize and advance your internal controls where appropriate. 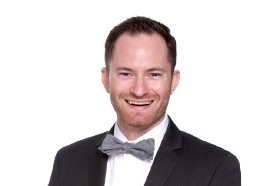 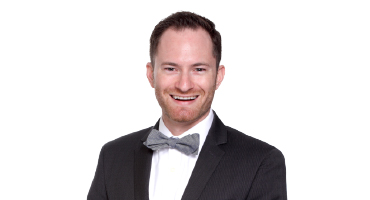