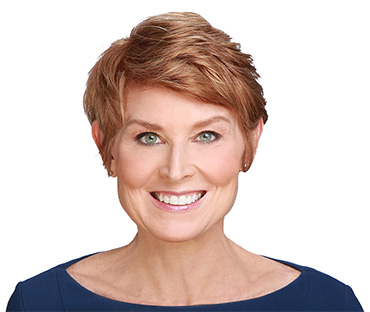 Diane Swonk
Chief Economist
@DianeSwonk
Revisions to real GDP growth for the third quarter showed that the economy grew at a 2.1% pace, up slightly from the initial estimate of 1.9% last October. The two real positives in the report were upward revisions to exports and residential investment. Home buying and building have been the largest beneficiaries of a cut in interest rates by the Federal Reserve.

Inventories were not drained as much as initially hoped. Companies were hedging against tariff hikes on September 1 and December 15. Tariffs on China have been rolled back partially, but remain several times higher than they were two years ago before the trade wars started. Those inventories will need to be drained in coming quarters. The holiday season has been slow to take off, which means we are likely to enter the new year with inventories still liquidating. The sidelining of production of the Boeing 737 Max is expected to exacerbate those losses and alone could shave up to a half of one percent from growth in the first quarter. The next six months will look a bit rocky.

The bad news was in business investment, which continued to contract. Uncertainty over trade has been the primary driver of those losses. CEOs remain cautious instead of confident on surveys about both investment and hiring. The “phase one” deal with China does not reverse the largest uncertainties with regard to trade; that is, who will the U.S. government allow firms to sell and buy from?

Consumer spending slowed; it looks like it slowed even more than initially reported in the third quarter. The preliminary data for the fourth quarter suggest that the consumer is hanging on but continued to slow relative to the third quarter. (See below.)

Personal disposable income growth rebounded 0.4% in November after adjusting for inflation. That contrasts with a 0.2% inflation-adjusted contraction in October. The decline in October was driven by the end of farm subsidies used to offset the costs of tariffs on farmers. Those payouts have now far exceeded the vehicle industry bailouts we saw during the height of the financial crisis a decade ago.

Gains in income were broad-based. Even farm income picked up as China started to buy a little more of our agricultural exports. It remains unclear whether China can meet the targets implicit in the phase one trade deal. Moreover, the gains came too late for smaller farmers who were unable to gain access to the subsidies and have already declared bankruptcy. The weakness is showing up as a reduction in the number of banks servicing rural communities.

Personal consumption expenditures increased at a 0.3% pace after adjusting for inflation. That marks a much needed pickup from the 0.1% gain we saw in October. Gains were concentrated in health care and vehicles; dealers offered record incentives to move inventories during the month. Spending on nondurable goods, which represents the bulk of holiday spending, actually decelerated on an inflation-adjusted basis from a 0.3% pace in October to a 0.1% pace in November. Expect heavy discounts as retailers scramble to get as much as they can out of the consumer this last weekend before the Christmas holiday. A pickup in home buying, spending on housing-related durables and an increase in entertaining at home instead of out are also siphoning spending from more traditional holiday spending.

The saving rate ticked higher to 7.9% in November from 7.8% in October. That marks a major shift from the period leading up to the crisis when saving dipped dramatically as consumers tapped the equity in their homes to support spending gains. The personal savings rate hit a low of 2.2% during the height of the housing bubble and mortgage restructuring in mid-2005.

The Personal Consumption Expenditures (PCE) deflator, which more accurately measures the trade-offs that consumers make in their purchases, rose 0.2% in November, the same as October. Gains on a year-over-year basis were 1.5%, up one-tenth of one percent from what we saw in October but still well below the Federal Reserve’s 2% target. Core PCE inflation, which is the best predictor of future inflation, edged up 0.1% during the month but decelerated to a 1.6% gain on a year-over-year basis. The Fed has been concerned about the lack of heat we are seeing in wages and inflation. We are expecting the Fed to cut rates at least once again in 2020 as it moves to add more heat to the economy.

Finally, consumer sentiment measures edged a bit higher in late November. The downside is that nearly all of the improvement we saw in sentiment was concentrated in high-income households. This reflects the meteoric rise in equity prices, which are looking a bit rich (understatement). Long-term inflation expectations dipped a bit, another reason for the Fed to cut rates again in 2020.

The economy held up over the summer despite ongoing weakness in business investment. Data for November show a rebound in incomes and spending, but not in the right places for retailers during the holiday season. Consumers took advantage of record vehicle incentives and low mortgage rates. Growth is expected to dip back below 2% in the fourth quarter. The real weakness will come in the first quarter from the drop in production at Boeing.