On June 30, 2022, the Wisconsin Supreme Court decided that a lower circuit court improperly dismissed a lawsuit challenging the Wisconsin Department of Revenue’s interpretation of a personal property tax exemption involving machinery, tools and patterns.1 In reversing the appellate and circuit courts, the Court determined that the circuit court was better suited to decide the issue of whether the Department’s position constituted an “unpromulgated rule” instead of deferring to the Wisconsin Tax Appeals Commission (TAC). The Court remanded the case to the circuit court, finding that it had the proper jurisdiction to decide questions of law outside the TAC’s expertise.

In response, WMC filed a declaratory judgment action in circuit court, claiming that: (i) the Department’s position constituted an “unpromulgated rule” and was therefore invalid; (ii) the letter was invalid because it was inconsistent with the text of the exemption; and (iii) the interpretation violated both the Wisconsin and U.S. constitutions. The circuit court dismissed all three claims under the primary jurisdiction doctrine, finding that the TAC, an administrative venue, was better suited to use its expertise in determining the issue. WMC appealed the decision to the appeals court, which affirmed the circuit court’s dismissal of the case. On appeal, WMC sought the Court’s review regarding only the unpromulgated rule claim.

On appeal, the Court began with a review of the primary jurisdiction doctrine, which applies when both a court and an administrative agency have jurisdiction over resolution of judicial issues. Consulting Wisconsin case law, the Court explained that the circuit court may defer to the expertise of the agency where factual or technical issues predominate the dispute that fit “squarely within the very area for which the agency was created.”3 In contrast, the Court noted, the courts are better suited to decide the question first when the dispute involves statutory interpretation or significant issues of law. While Wisconsin courts historically deferred to agencies’ conclusions of law in many cases, the Court ended that practice in a 2018 decision.4 In summarizing the current state of the primary jurisdiction doctrine, the Court stated that “courts generally should decide pure questions of law when they are presented, particularly when those questions lie outside an agency’s area of expertise.”

Turning to the facts of the case, the Court noted that WMC’s unpromulgated rule claim involves the interpretation and application of a statute that defines an administrative rule, thus presenting a pure question of law. In the Court’s view, such a claim does not draw upon the TAC’s expertise in tax matters or its fact-finding capabilities. Rather, the Court reasoned, the question of whether the Department’s position on the machinery exemption constitutes an unpromulgated administrative rule that should “ultimately be decided independently by a court, without deference to the [TAC].”

Reviewing the circuit court’s reasoning for dismissing the case, the Court found that the court erroneously exercised its discretion in deferring to the TAC because it did not apply the proper standard of law. While the TAC interprets and administers the tax code and adjudicates taxpayer claims, the Court pointed out that the agency lacks expertise over whether a Department letter fits the definition of a “rule.” While declining to express an opinion on the merits of WMC’s unpromulgated rule claim, the Court determined that the issue presents a pure question of administrative law that is “properly addressed to the court’s expertise.” Concluding that deference to the TAC was not warranted in this case, the Court reversed the appeals court’s decision and remanded the case to the circuit court.

Agreeing with the judgment of the Court, two justices issued separate concurrences. One concurring justice opined that the circuit court should have considered the dispute because the TAC lacked jurisdiction in the first place to decide whether the Department’s response was an unpromulgated rule. In the justice’s view, “the question of primary jurisdiction does not arise until there has first been a conclusion that both the agency and the court have jurisdiction over the dispute.” As such, the justice concluded that reliance on the primary jurisdiction doctrine was inappropriate and that only the circuit court had the power to review WMC’s unpromulgated review claim.

In a separate concurring opinion, the chief justice noted that she would have reviewed the case on the narrower grounds that WMC could not bring its claims before the TAC because it did not challenge a specific assessment that could be appealed. For this reason, the concurrence determined that the circuit court erroneously exercised its discretion in applying the primary jurisdiction to a party “that cannot go before the TAC.” Finding that the primary jurisdiction does not apply here, the concurrence concluded that the courts are the only jurisdiction where WMC could bring its claims.

While the Court’s decision does not directly address the larger substantive issue of whether manufacturers may claim the machinery, patterns and tools exemption from personal property tax if such materials are not used in manufacturing, the ruling resolves an important procedural question regarding who can decide the issue. Based on its application of the primary jurisdiction doctrine, the Court rejected the circuit court’s deference to the TAC based on the facts of the case. Agreeing with the taxpayer that the Department’s position on the machinery exemption constituted an unpromulgated rule, the Court determined that the issue presents pure questions of law that requires the interpretation and application of a statute, an issue that lies squarely within the expertise of the courts. The decision could act to restrict the scope of what the TAC may be able to decide in future controversies that come before the agency, especially if a taxpayer or the Department requests a determination on an issue that could be broadly characterized as a pure question of law.

In ruling that the circuit court is the proper party to review the taxpayer’s substantive claims, the Court’s decision carries important implications regarding how broadly the machinery personal property tax exemption may be applied. In recent years, the Department has more frequently interpreted Wisconsin tax law and made policy through the issuance of private letter rulings to taxpayers such as WMC rather than engaging in a more formal rulemaking process that would invite comment from the taxpayer and practitioner community. With this decision, the Court has directed the circuit court to review the Department’s interpretation of the machinery exemption instead of the TAC, based on the important questions of law at issue. The outcome of the substantive issues at play has the potential to impact a variety of manufacturers operating in Wisconsin on a prospective basis. 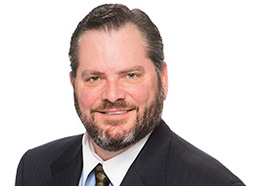 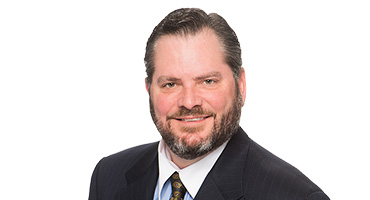