Massachusetts has updated its 2021 Corporate Excise Tax Return to include the so-called FAS 1091 deduction originally allowed by tax reform legislation enacted in 2008 but repeatedly delayed by subsequent legislation. This deduction was approved in 2008 for certain publicly held companies as part of Massachusetts legislation that lowered the corporate excise tax rate and adopted mandatory unitary combined reporting for tax years beginning on or after Jan. 1, 2009. A publicly held company must have filed an electronic statement by July 1, 2009, to be eligible for the deduction.

On July 3, 2008, Massachusetts enacted major tax reform legislation, an Act Relative to Tax Fairness and Business Competitiveness (“the Act”).2 Under the Act, for tax years beginning on or after January 1, 2009, a corporation engaged in a unitary business3 with one or more corporations subject to combination must calculate its taxable net income in accordance with combined reporting.4 The term unitary business “is to be construed to the broadest extent permitted by the United States Constitution.”5

To claim the future FAS 109 deduction, the principal reporting corporation must have electronically filed a statement with the Massachusetts Department of Revenue on or before July 1, 2009.10 This statement cannot be amended unless the taxpayer obtains information that would lower the deduction amount. It is compulsory for the taxpayer to report any changes that would reduce the amount of the FAS 109 deduction.

For tax reporting years beginning on or after Jan. 1, 2021, the Department has updated Massachusetts Form 355U: Excise for Taxpayers Subject to Combined Reporting, Schedule U-E to include Line 24 for the FAS 109 deduction. This deduction only may be taken by eligible taxpayers that filed the FAS 109 Deduction Statement in 2009. The amount of the deduction is one-thirtieth of the amount reported on the 2009 statement, subject to verification by the Department.14 The financial statement impact amount reported on the 2009 statement must be apportioned to reflect the impact attributable to Massachusetts using the corporation’s current year Massachusetts apportionment percentage.

Massachusetts repeatedly delayed implementing the FAS 109 deduction since its original inception in 2008, but the deduction is now available to certain taxpayers, as reflected in the Department’s updated corporate excise tax form. For tax years beginning on or after Jan. 1, 2021, eligible taxpayers who filed an electronic statement in 2009 to report the financial statement impact resulting from the change from separate to combined reporting in Massachusetts will need to ensure proper documentation and records for each year in which a deduction is claimed. Documentation should include the amount originally calculated in 2009, the amount allowable for each tax reporting year (one-thirtieth), and the Massachusetts apportionment percentage for the current year. There is a possibility that the mechanics of the FAS 109 deduction may cause further financial statement impact. If a taxpayer originally recorded the benefit, but did not receive the full benefit because some of the deduction was not usable, the taxpayer should assess whether an adjustment of the deferred tax asset is necessary. Taxpayers should remain alert to any future legislation or administrative guidance that may impact the FAS 109 deduction in Massachusetts. 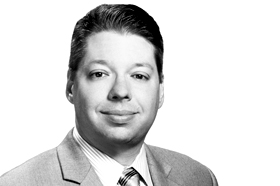 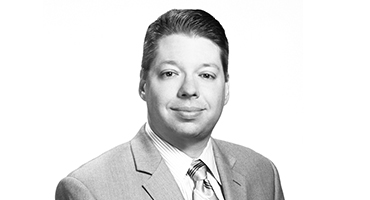