On Oct. 14, 2021, the Texas Court of Appeals ruled that a taxpayer could only include the net gain from the sale of non-inventory securities in its sales factor, instead of the gross proceeds.1 The taxpayer purchased and sold the securities to manage risk with respect to the value of the taxpayer’s overall inventory, and such securities were not sold to customers in the ordinary course of the taxpayer’s business.

The taxpayer, which refines crude oil and sells gasoline, jet fuel, lubricants, petrochemicals, and petroleum-based industrial products, owned and operated three crude oil refineries during the 2008 and 2009 tax report years, one of which was located in Texas. The taxpayer filed a Texas combined group return that included a subsidiary trading company in the combined group. The trading company traded commodity futures contracts and options on commodity futures contracts. The purpose of the trading activity was to manage the risks associated with the fluctuation in the value of the taxpayer’s overall inventory. The futures contracts and options in question met the Texas franchise tax definition of “security.”2 The trading company bought and sold these securities on the New York Mercantile Exchange and the Intercontinental Exchange, and none of the trading activity took place in Texas. Since the securities were not sold to customers in the regular course of business, the trading company did not hold these securities as inventory, and hence they were characterized as “non-inventory securities.”

For the 2008 and 2009 Texas franchise tax report years, the taxpayer included the gross proceeds from the trading company’s non-inventory securities in the denominator of the Texas apportionment factor. Since none of the trading activity took place in Texas, the taxpayer did not allocate any receipts related to the trading activity in the numerator of the apportionment factor. The Comptroller disagreed with this treatment, contending that only the net gain should have been included in the denominator, as opposed to the gross proceeds. The taxpayer paid approximately $2 million in additional taxes and protested the Comptroller’s determination, which was upheld by the Travis County District Court and appealed to the Texas Court of Appeals.

Treatment of securities as net gain

Historically, Texas generally required that only the net gain from the sale of securities be included in the apportionment factor.3 However, Texas provides an exception to the general rule if the securities are treated as inventory for federal income tax purposes. Tex. Tax Code Sec. 171.106(f) provides that “notwithstanding section 171.1055, if a loan or security is treated as inventory of the seller for federal income tax purposes, the gross proceeds of the sale of that loan or security are considered gross receipts.”

The Court of Appeals’ decision, which is being appealed by the taxpayer, is in line with prior rulings and Comptroller positions that place emphasis on the classification of securities as “inventory of the seller for federal income tax” in order to be afforded gross proceeds treatment under Tex. Tax Code Sec. 171.106(f). The decision hinted at, but did not explicitly cite, additional statutory support for this determination that provides specific authority for including only certain federal income tax line items in the Texas franchise tax base. For corporate taxpayers determining the franchise tax base, Texas requires that taxpayers report gross receipts as reported on lines 1c, and 4-10 of the federal income tax return, with certain modifications.4 As the court pointed out, Texas also requires that the Texas apportionment denominator equal total gross receipts, again with certain modifications.

For federal income tax purposes, the taxpayer reported the trading company’s net proceeds from the sale of the non-inventory securities on line 9 of the federal income tax return. Although the decision does not state this, presumably, for purposes of calculating the Texas tax base, the taxpayer included the net proceeds from the federal income tax return, not the gross proceeds. However, for apportionment purposes, the taxpayer tried to include the gross proceeds from the sale of the non-inventory securities. This non-parallel treatment would have led to a significant difference between the taxpayer’s franchise tax base and its apportionment factor denominator, which would not have been supported by either the Texas statutes or regulations. While such a divergence may be permitted for securities treated as inventory, the state continues to heavily scrutinize federal classifications of inventory under IRC Sec. 475.

The court pointed out that the taxpayer reported the sale of the securities on line 9 of its federal income tax return, not on line 1 of the return where proceeds from the sale of inventory would normally be reported. Despite the taxpayer’s reflection of the sale on line 9, the taxpayer still tried to reclassify such sales as inventory in Texas through its IRC Sec. 475(e) and (f) elections. By doing so, the taxpayer failed to adhere to the Texas provision generally requiring a taxpayer’s apportionment factor denominator to equal its franchise tax base. To have prevailed in this case, the taxpayer would have had to more adequately demonstrate that the securities in question constituted inventory for federal income tax purposes rather than hedging transactions, and explained why its franchise tax base differed so substantially from its apportionment factor denominator.

1 CITGO Petroleum Corp. v. Hegar, Texas Court of Appeals (Austin), No. 03-21-00011-CV, Oct. 14, 2021.
2 TEX. TAX CODE ANN. § 171.0001(13-a), which defines security (for purposes of several Texas provisions, including TEX. TAX CODE ANN. § 171.106(f)), in the same manner as IRC § 475(c)(2), and includes instruments described by IRC § 475(e)(2)(B), (C), and (D).
3 See TEX. TAX CODE ANN. § 171.105(b), which states that if a taxable entity “sells an investment or capital asset, the taxable entity’s gross receipts from its entire business for taxable margin includes only the net gain from the sale,” and TEX. TAX CODE ANN. § 171.1055(a), which states that with respect to apportionment, receipts excluded from total revenue are likewise excluded from the apportionment factor. It should be noted that for reports due prior to January 1, 2021, a taxpayer could net gains and loss transactions (but not below zero) in determining the amounts to include both for numerator and denominator purposes. However, pursuant to amendments to 34 TEX. ADMIN. CODE § 3.591(e), the Comptroller contends that only gains are includable for apportionment purposes and such gains cannot be offset by losses for reports due on or after January 1, 2021.
4 TEX. TAX CODE ANN. § 171.1011(c). 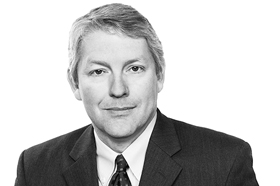 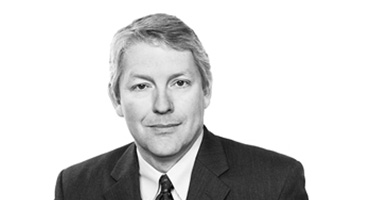