The Ohio Board of Tax Appeals (Board) recently ruled that gross receipts received from broadcast and media revenue should be sourced to Ohio for purposes of the Ohio Commercial Activity Tax (CAT).1 In affirming an Ohio Department of Taxation (Department) tax assessment against NASCAR Holdings, Inc. (NASCAR), the Board found that the Department properly sourced such receipts to Ohio based on the number of cable televisions in Ohio as a measure of the Ohio viewing audience. Additionally, the Board upheld the Department’s sourcing of NASCAR license and corporate sponsor fees to Ohio based on a national population ratio.

The CAT is a privilege tax that generally applies to taxable gross receipts in Ohio received on or after July 1, 2005.2 ”Gross receipts” are defined as the total amount realized, without deduction for the cost of goods sold or other expenses incurred, from activities that contribute to the production of gross income.3 Several statutory exemptions are available. Since taxable gross receipts include only “gross receipts sitused to this state,” the sourcing of receipts can have significant impact on a taxpayer’s overall CAT liability.4 Ohio law provides general rules for sourcing receipts, including proceeds from the sales of real property, tangible personal property, intangible property and delineated services.5 For receipts not otherwise addressed, sourcing is based on the proportion that the purchaser’s benefit in Ohio bears to the purchaser’s benefit everywhere with respect to what was purchased.6

NASCAR is the reporting member of a combined group that includes the National Association for Stock Car Auto Racing. The company is headquartered in Daytona Beach, Florida and sanctions races at tracks in more than 30 states in addition to international locations. NASCAR’s revenue streams are separated into several categories, including broadcast revenue, media revenue from sponsors, license fees, sponsor fees, sanction fees and membership revenue.

NASCAR adhered to a receipts sourcing methodology that sourced virtually no revenue to Ohio, except for revenue from sanction agreements for Ohio events. NASCAR sourced all other revenues to Florida, the company’s state of domicile. NASCAR did not file Ohio CAT returns for the 2005-2010 tax years, resulting in an audit by the Department for that period.

Under audit, the Department assessed tax, interest and penalties related to the sourcing of different revenue streams, noting that revenue was realized both within and outside Ohio. With respect to broadcast and media revenues, the auditor sought to source amounts to Ohio based on the portion of the audience located in Ohio. Where available, the Department used Nielsen ratings data to source a portion of broadcast revenues to Ohio based on the Ohio audience factor. However, since Nielsen data was not available for the latter years in the audit period, the Department used Ohio’s percentage of the U.S. population based on U.S. Census population data. Other event-specific racing revenue was sourced based on the location of the actual event.

At the conclusion of the audit, NASCAR petitioned for reassessment, challenging the Department’s rejection of its sourcing methodology and requesting abatement of penalties. After a hearing, the Department issued a final determination affirming the assessment, resulting in approximately $550,000 in tax, penalty and interest due for the audit period. NASCAR appealed the final determination to the Ohio Board of Tax Appeals.

Board of Tax Appeals decision

First, the Board analyzed which sourcing statute properly applied to NASCAR’s broadcast and media revenue streams. The Department originally applied Ohio Rev. Code Sec. 5751.033(I), which provides for the sourcing of receipts from services and receipts not otherwise sourced elsewhere in the statute based on the purchaser’s benefit received in Ohio. NASCAR argued that the Department should have applied Ohio. Rev. Code Sec. 5751.033(F), which sources receipts from intangible property, including the right to use trademarks, trade names, patents, copyrights and other intellectual property in Ohio.8 The Board agreed with NASCAR that Ohio Rev. Code Sec. 5751.033(F) was the appropriate statutory provision to apply, but rejected NASCAR’s motion to vacate the assessment for applying the incorrect statute.

Having determined that Ohio Rev. Code Sec. 5751.033(F) applies to the revenue streams at issue, the Board determined that NASCAR’s broadcasting revenue should be sourced based on the purchaser’s use, or right to use, the intellectual property in Ohio. The Board rejected NASCAR’s argument that sourcing its broadcasting revenues to Florida was reasonable because it granted its purchasers (i.e. television stations and other media outlets) a non-divisible right to broadcast to a wider territory and not Ohio specifically. However, the Board observed, NASCAR’s proposed methodology ignored the fact that Ohio was included in this territory and that the purchasers of these rights obtained the right to use the intellectual property in Ohio.

The Board next considered the Department’s methodology used to source broadcast revenues to Ohio based either on the percentage of the population located in Ohio, or the ratio of Ohio to overall cable televisions. NASCAR argued that sourcing the company’s receipts based on Ohio’s share of the U.S. population or cable televisions would overstate receipts attributable to the use of intellectual property in Ohio due to the company’s international presence and broadcasting agreements that allowed its events to be broadcast in other countries. However, the Board pointed to evidence indicating that NASCAR declined to provide ratings data from FOX when requested by the Department during the audit, even though access to that information had been readily available. Further, NASCAR’s proposed method of sourcing receipts to Florida ignored the extent to which receipts could have been sourced to other countries. Therefore, the Board refused to reject the Department’s sourcing methods as inaccurate. Additionally, the Board declined to remand the case to the Department to recalculate the tax due under Ohio Rev. Code Sec. 5751.033(F), finding that a recalculation would not change the ultimate result of the assessment.

Finally, the Board rejected NASCAR’s argument that a recent Ohio Supreme Court decision in Defender Security Co v. McClain9 should be considered in the present case. In Defender Security, the court held that a company’s gross receipts from the sale of security monitoring services contracts should be sourced to the location where purchasers received the benefit from purchasing the intangible contract rights. Reasoning that the court’s analysis in that decision was controlled by Ohio Rev. Code Sec. 5751.033(I), and not 5751.033(F), the Board found that Defender Security did not apply to NASCAR’s appeal. For these reasons, the Board affirmed the Department’s assessment and final determination, finding it to be reasonable and lawful.

The Board’s decision provides guidance for taxpayers seeking to source receipts from the use of intangible property for CAT purposes, especially receipts that may fall under what is considered the “catch-all situsing provision” at issue in this case. Before the Ohio Supreme Court’s decision in Defender Security, there had been relatively few decisions detailing how to apply Ohio’s receipts sourcing provisions, leaving interpretation of the catch-all provision to taxpayers without adequate guidance.

Since the adoption of the CAT, many other states have adopted general market-based sourcing provisions for sales of other than tangible personal property for corporate income tax purposes. Certain states have adhered to a purchaser benefit sourcing rule for receipts from the sales of certain services. Therefore, the NASCAR decision may provide further clues as to how an Ohio court might interpret these types of market-based sourcing provisions. In particular, the decision provides some guidance for a relatively common intangible asset transaction involving the use of, or right to use, intellectual property. Here, NASCAR attempted to source all broadcast receipts to Florida by arguing that it received the income stream related to such intangible property in that state. Understanding the national presence of races and other events, the Department relied on the metric of Nielsen ratings and U.S. population data to measure the benefit or use of the intellectual property in Ohio. While Ohio has not specifically adopted broadcaster-specific sourcing rules or regulations, other states, including New Jersey, commonly use viewer location or population data for purposes of sourcing broadcast receipts.10

With no specific sourcing regulations or guidance available, taxpayers have typically been left to interpret the proper sourcing of intangible receipts under the CAT. Although not dispositive in other states for purposes of interpreting market-based sourcing, the Board’s analysis provides taxpayers with a starting point to consider in interpreting similar language. However, NASCAR recently appealed the Board’s decision to the Ohio Supreme Court, so the Board’s decision is not a final disposition of the case.11 On appeal, the court will have the opportunity to consider the application of Ohio Rev. Code Sec. 5751.033(F) to NASCAR’s revenue streams and to distinguish its decision in Defender Security. 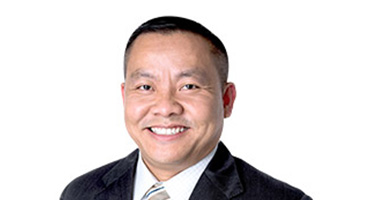