On May 13, 2021, the Nevada Supreme Court ruled that two revenue-raising measures enacted by the state in 2019 were unconstitutional because they failed to receive a two-thirds supermajority vote in the Nevada legislature as required under the Nevada Constitution.1 One bill extended corporate payroll tax rate increases under the state’s modified business tax (MBT),2 while the other bill preserved a Department of Motor Vehicles (DMV) transaction fee.3 Finding that both bills were revenue-generating measures subject to the supermajority requirement, the Court affirmed a lower court ruling that invalidated the provisions because they passed with merely simple majorities in the Nevada senate, one vote short of a two-thirds supermajority.

In 2015, Nevada enacted legislation that reduced corporate payroll tax rates under the state MBT if tax revenues exceed fiscal projections by a certain amount.4 When 2018 tax revenues exceeded the stated threshold, the Nevada Department of Taxation announced the reduction of payroll tax rates effective July 1, 2019. That year, the Nevada legislature introduced Senate Bill 551 (MBT Bill), which would repeal the payroll tax rate reductions and result in an estimated $98.2 million in additional tax collections over the next two-year budget cycle. The bill passed the state Senate by a 13-8 vote and was signed into law. As a result, the legislation extended payroll tax rates indefinitely, leaving a 1.475% tax rate in effect for most employers, and maintaining a 2% rate for financial institutions and mining companies.

The Nevada legislature also approved legislation in 2015 adding a $1 technology fee to every DMV transaction that was already subject to a fee.5 The additional $1 fee was originally set to expire on June 30, 2020. In 2019, the legislature introduced Senate Bill 542 (DMV Bill), which would extend the sunset provision by two years to June 30, 2022. Lawmakers projected an additional $7 million in estimated DMV collections for each year of the extension. Similar to the MBT Bill, the DMV Bill passed the state Senate with a 13-8 vote and was also signed into law.

The Nevada Constitution requires a vote of at least two-thirds of each house of the Nevada legislature to pass any bill that “creates, generates or increases any public revenue in any form, including but not limited to taxes, fees, assessments and rates, or changes in the computation bases for taxes, fees, assessments and rates.”6 After the enactment of the tax extension bills, Senate Republicans and several business groups filed a lawsuit in state trial court, asking the court to invalidate the bills because they did not receive a supermajority vote in the state Senate. The trial court determined that both bills generated revenue and were therefore subject to the state constitution’s supermajority provision. The state appealed the decision to the Nevada Supreme Court, arguing that the supermajority provision did not apply because the bills maintained existing revenue levels rather than increasing them.

In affirming the lower court’s decision, the Court examined the plain meaning of the supermajority provision, finding that the words “create,” “generate” and “increase” plainly encompass a bill that results in the state receiving more public revenue than it would have realized without such a measure. The Court further determined that “the provision has broad application and applies broadly to all bills that create, generate, or increase public revenue at any time.” As such, the Court agreed with the lower court that the bills at issue were subject to the supermajority requirement.

Applying the constitutional provision to each of the bills, the Court explained that the DMV Bill created public revenue that would otherwise not exist, meaning that the state would not recognize approximately $14 million in revenue over a two-year period if not for the bill’s enactment. Similarly, the Court reasoned, the state would not receive approximately $98 million in public revenue over a two-year period without the enactment of the MBT Bill. Finding that both bills created, generated or increased public revenue, the Court concluded that the bills unconstitutionally passed the Nevada senate without a supermajority vote.

The Court was unpersuaded by the state’s contention that the supermajority provision did not apply because the bills “maintained” current revenue levels. Specifically, the state argued that the bills removed the reduced payroll tax rates under the MBT and extended the sunset date of the DMV fee before the reduced rates or original sunset date took effect. According to the Court, the state’s argument that current revenue levels remained unchanged ignored the fact that the bills created, generated or increased revenue within the plain meaning of those words. The Court rejected the state’s interpretation that the supermajority provision only applies to bills that directly bring about new increased revenue, because it would require the Court “to read language into the provision that it does not contain.” Finding that both bills did not satisfy the supermajority requirement, the Court concluded that the measures were unconstitutional and affirmed the lower court ruling granting declaratory and injunctive relief to block their enforcement.7

In striking down the payroll tax rate extension provisions of the MBT Bill in addition to the extended DMV fee, the Nevada Supreme Court determined that the supermajority constitutional provision applied to the bills based on the plain language of that provision. As the “ultimate interpreter” of the Nevada Constitution, the Court determined that the Nevada legislature’s interpretation of the supermajority requirement was not entitled to deference when the law’s language is plain.8 Based on the Court’s interpretation, the measures resulted in additional revenue that would not otherwise exist without the bills, regardless of what tax rates were in effect when the legislation was passed.

As a result of the decision, the state stands to lose over $100 million in revenue that has been collected since the enactment of the MBT Bill in 2019, and approximately $7 million in additional DMV transaction fees expected to be collected between July 1, 2020, and June 30, 2021. As such, the decision may significantly impact state budget projections, forcing the Governor’s office and legislative leaders to reconsider future state budgets. On the other hand, the decision presents significant refund opportunities for impacted employers that collected MBT at higher rates since the 2019 enactment date. 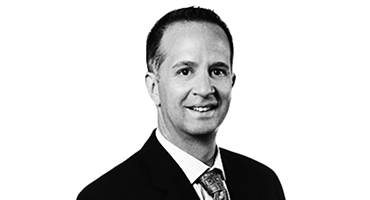