The phaseout is not contingent upon other events and should be considered in the current quarter for financial statement purposes. There is no provision for a future income modification to offset any detrimental impact to the financial statements of public filers which may result from the change in deferred tax rate or valuation allowances applicable to deferred tax assets.

Federal conformity and other changes

North Carolina updated its conformity to the IRC from May 1, 2020, to April 1, 2021.3 As a result, North Carolina now conforms to the federal treatment of Paycheck Protection Program (PPP) loans, allowing the deduction for these expenses while not including the forgiveness as income. Further, the previous disallowance of deductions for expenses to the extent payment of such expenses results in forgiveness of a covered loan is retroactively rendered inapplicable by advancing the applicability date of such disallowance provision to Jan. 1, 2023.4 Taxpayers who added such expenses back on their originally filed 2020 returns should consider amending their return for a refund.

Under prior law, North Carolina decoupled from the changes to IRC Sec. 163(j) under the Coronavirus Aid, Relief and Economic Security (CARES) Act.5 As a result of decoupling, taxpayers were required to add to taxable income an amount equal to the excess of the interest deduction under the CARES Act over the amount allowed prior to the CARES Act. However, there was no mechanism to recapture such amount, resulting in a permanent disallowance of such portion of interest expense for North Carolina purposes. Taxpayers may now deduct 20% of the disallowed IRC Sec. 163(j) deductions from the 2019 and 2020 tax years for each of the first five tax years beginning in the 2021 tax year.6

The legislation eliminates two of the three tax bases on which taxpayers determined their North Carolina franchise tax.7 For franchise tax periods beginning in 2023 and reported on 2022 and later corporate income tax returns, taxpayers will only report their proportionate net worth. Under prior law, taxpayers were taxed on the greater of proportionate net worth, North Carolina investment in tangible property, or 55% of the appraised value of real and personal property in the state.8

Taxed S corporations with resident shareholders are allowed a proportionate credit for taxes paid to other states.14 Notably, it appears that while the legislative intent behind adoption of the pass-through entity tax regime was to treat partnerships and S corporations similarly, and include a similar credit mechanism for taxed partnerships, such provision is not included in the legislation. The credit includes the resident shareholder’s proportionate share of tax paid directly by the entity and any tax paid directly by the shareholder to another state but for which the income is now taxed at the entity level in North Carolina. By allowing for a credit for taxes paid at the taxed entity level, resident individuals will no longer be allowed a credit for taxes paid on their individual return related to income which is taxed at the entity level in North Carolina.15 Additionally, the credit is limited to the lesser of the tax paid to the other jurisdiction or the North Carolina tax owed on the portion of income taxed by the other jurisdiction.

For tax years beginning on or after Jan. 1, 2022, the legislation increases the standard deduction to the following amounts based on the taxpayer’s filing status:

The personal income tax rate is reduced from 5.25% as follows:

Additionally, the budget legislation increases the child deduction by $500 for the 2022 tax year and beyond, and slightly increases the adjusted gross income threshold at which the deduction is no longer available.19 Finally, the legislation also creates a new deduction to exclude military pension income from the North Carolina personal income tax base beginning in the 2021 tax year.20

Similar to the corporate income tax change, taxpayers who added back additional IRC Sec. 163(j) interest due to non-conformity with the CARES Act may deduct 20% of the disallowed IRC Sec. 163(j) deductions from the 2019 and 2020 tax years for each of the first five tax years beginning in the 2021 tax year.24

Finally, the failure to pay tax when due penalty was changed to be 2% per month up to a maximum of 10%, rather than 10% at the date tax was deemed to be not paid.25

The enactment of this legislation marked the end of a very lengthy legislative session and is the first comprehensive budget bill passed and approved by the governor in several years. The agreement comes after detailed negotiations between the House and the Senate followed by negotiations between the legislature and the governor. The outcome is contrary to recent years when the governor has vetoed much legislation, as there was incentive to reach a resolution to allow for an agreed-upon plan to utilize federal appropriations from the American Rescue Plan Act (ARPA).

S.B. 105, as passed, does not contain previously proposed changes to lower the franchise tax rate or to leave in place the corporate income tax regime which were considered in various proposed bills. The move to eliminate North Carolina’s comparatively low corporate income tax rate of 2.5% signals a continued mindset to build a business-friendly environment and to fund expenditures through increasing employment and direct and indirect taxes on those individuals. Based upon the most recently available statistics from the 2018 tax year, corporate income and franchise taxes accounted for only 2.9% and 2.6% of state tax revenues respectively, while individual income and sales and use taxes comprised 45.2% and 28.9% respectively.26 Accordingly, the repeal of the corporate income tax leaves a relatively small gap to fill, relative to total tax collections. Further, more than 70% of franchise taxes collected were computed using the net worth base which remains in effect, so the relief from simplifying the franchise tax will be more administrative than financial for most taxpayers.27

Additionally, the inclusion of a pass-through entity tax election follows approximately 20 other states in allowing for a workaround to the current SALT cap of $10,000 for federal individual income tax purposes. While the legislature sought to provide more substantial relief to North Carolina resident owners of multistate pass-throughs by taxing 100% of their distributable income rather than on an apportioned basis, the result is a very rigid, cumbersome, and complicated regime which may limit adoption by many taxpayers. Taxpayers and practitioners should exercise caution when considering such elections due to the potential for adverse tax implications of one or more shareholders or members. 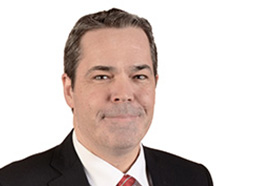 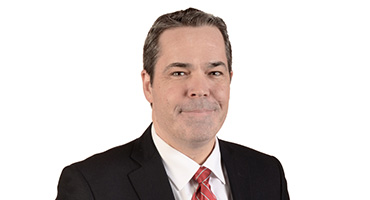