On Dec. 17, 2020, the Delaware Superior Court ruled that a Delaware Division of Revenue (Division) policy limiting a corporation’s net operating loss (NOL) deduction to the NOL of the taxpayer’s federal consolidated group violated the Uniformity Clause of the Delaware Constitution.1 Finding that the NOL policy was consistent with Delaware law and did not discriminate against interstate commerce, the Court nonetheless struck down the policy as a result of the uniformity violation.

First, Verisign argued that the Division’s NOL policy was inconsistent with Delaware law, which requires corporate taxpayers to compute NOLs on a separate company basis under the IRC.4 Delaware law provides that “the entire net income of a corporation for any income tax year means the amount of its federal taxable income for such year as computed for purposes of the federal income tax as modified.”5 In determining whether the policy is consistent with the statute, the court examined a prior decision, Cluett, Peabody, & Co. v. Director of Revenue.6

In Cluett, a Delaware corporation filed consolidated federal income tax returns with an affiliated group of corporations. A subsidiary of the taxpayer had significant NOLs, which were used to offset the group’s consolidated taxable income. After the taxpayer and subsidiary merged, the taxpayer calculated the subsidiary’s NOL carryovers on a separate company basis and attempted to use those NOLs to further reduce its Delaware taxable income, which the Division disallowed. During litigation, the parties stipulated that the subsidiary’s NOLs were exhausted, such that there were no NOLs available to claim for federal or Delaware income tax purposes. Based on this stipulation, the Court ruled that the NOLs were not available to offset the taxpayer’s Delaware taxable income.

Verisign argued that Cluett did not control because it had federal NOLs available that it should be allowed to use for Delaware income tax purposes, unlike the taxpayer in Cluett. The Division asserted that Cluett endorsed the Division’s policy of limiting separate company NOLs to the amount available on the federal consolidated return. Siding with the Division, the Court reasoned that even if Verisign’s interpretation was correct, the court in Cluett did not find the policy contrary to Delaware law. Finding that the Cluett court explicitly relied on the language of the Delaware statute, the Court concluded that the Division’s application of the NOL policy was consistent with Delaware law.

No discrimination against interstate commerce found

Next, Verisign argued that the Division’s NOL policy discriminated against interstate commerce in violation of the Commerce Clause. Verisign contended that the Division’s audit manual created a policy exception that favored Delaware taxpayers with affiliates conducting business in Delaware at the expense of taxpayers with out-of-state affiliates.7 In support of this argument, Verisign cited Fulton Corp. v. Faulkner, a U.S. Supreme Court decision that invalidated a North Carolina deduction for in-state businesses that was not available to out-of-state businesses.8 In contrast, the Division argued that the audit manual’s policy exception does not discriminate against out-of-state taxpayers because it does not impose any cost on group members that do not conduct business in Delaware.

Agreeing with the Division, the Court found that the policy exception did not rise to the level of “economic protectionism” that was found in Fulton, to the extent that in-state economic interests benefitted from a state law while out-of-state competitors suffered. Finding that the Division’s policy does not benefit Delaware taxpayers at the expense of non-Delaware taxpayers, the Court concluded that the policy exemption did not discriminate against interstate commerce.

Finally, Verisign argued that the Division’s policy violated Delaware’s Uniformity Clause based on a Delaware Supreme Court decision, Burpulis v. Director of Revenue.9 In Burpulis, a married couple claimed the two-earner married couple deduction on their joint federal income tax return. The taxpayers filed separate Delaware income tax returns, and one of them claimed the deduction. The Division disallowed the deduction, and the taxpayers appealed. The Delaware Supreme Court upheld the disallowance, reasoning that the federal deduction is meant to offset the federal marriage tax penalty, which Delaware does not impose. The court reasoned that married taxpayers would benefit from the deduction on account of their married status, while single taxpayers would not, resulting in a violation of the Delaware Uniformity Clause. The Division asserted that Burpulis was limited to the conclusion that deductions available to joint filers at the federal level cannot be claimed by taxpayers filing separate returns at the state level.

The Court agreed with Verisign that the Division’s NOL policy violated Delaware’s Uniformity Clause, finding that the policy treated taxpayers differently depending on their federal filing status, thus creating two classes of taxpayers. The Court reviewed the language of the Delaware Uniformity Clause, which provides that “[a]ll taxes shall be uniform upon the same class of subjects within the territorial limits of the authority levying the tax . . . .”10 The Court agreed that Burpulis stands for the proposition that dividing a group of similarly situated taxpayers into two different groups violates uniformity. In Verisign’s case, the policy divided Delaware corporate taxpayers into two groups based on their federal filing status -- consolidated filers and separate filers -- and then applied the NOL limitation to one group, but not the other. The Division argued that such differential treatment nonetheless meets uniformity requirements because it is reasonable. Under Delaware case law, the reasonableness of a classification is determined based on deference to the legislature and not administrative agencies.11 Noting that the NOL limitation policy was created by an administrative agency, the Court was unwilling to afford the same deference with respect to a uniformity challenge. For these reasons, the Court concluded that the Division improperly limited Verisign’s NOL amount in violation of Delaware’s Uniformity Clause.

While numerous state constitutions contain uniformity clauses providing for some level of uniformity in state taxation, the concept tends to be more strictly construed in the Mid-Atlantic states. For example, Pennsylvania courts have applied a strict interpretation of that state’s uniformity clause in recent years.12 Several court decisions have invalidated Pennsylvania statutes resulting in uniformity violations with respect to corporate income tax, property taxes, and gaming taxes.13 A key difference between Delaware and Pennsylvania appears to be that Delaware’s Uniformity Clause has been interpreted so far to allow for a degree of deference to the state legislature in determining the reasonableness of a classification regime. While a similar concept is recognized in Pennsylvania such that the legislature is permitted to create reasonable classifications of subjects of taxation, the courts have invalidated tax statutes that, while enacted for legitimate policy reasons, nonetheless resulted in the disparate treatment of taxpayers on an arbitrary, unreasonable and unfair basis.14 In Verisign, the Delaware Superior Court suggested that it would have upheld the divergent treatment of corporate taxpayers if the policy had been promulgated by the state legislature rather than an administrative body.

Pending the final disposition of the case, the Court’s decision presents refund opportunities for taxpayers that were assessed tax or filed original returns based on the Division’s limitation of Delaware separate company NOLs according to the amount of the NOL deduction claimed on a federal consolidated return. More broadly, the decision may present a potential framework for challenging other Division tax policies resulting in a difference in treatment between federal consolidated filing positions and Delaware separate company filing positions. Taxpayers should review any areas resulting in a less advantageous separate company tax position resulting from Division policy than reported for federal consolidated group filing purposes. These areas include provisions adopted under the federal Tax Cuts and Jobs Act of 2017 (as modified by the CARES Act) such as the IRC Sec. 163(j) business interest expense limitation, GILTI and FDII. 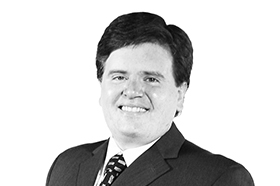 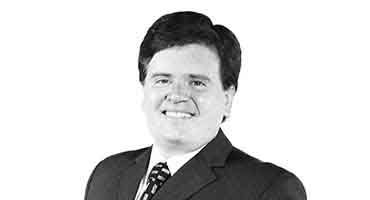