The Senate Finance Committee on Dec. 12 released an updated tax title to the Democratic reconciliation bill that makes several meaningful changes to House-passed version, including to the new proposed limit on interest deductions, the minimum tax on book income, energy credit enhancements, and the proposed changes to the dividends received deduction.

Democrats are racing to complete the legislation before year-end, but the new version does not represent a final bill. Democrats are still negotiating several contentious issues, including relief from the cap on state and local tax (SALT) deductions. The timing remains fluid, and the outcome is still uncertain. The success may hinge on Sen. Joe Manchin, D-W.V., who has expressed concerns about several specific provisions and the overall scope and timing of the bill.

The new Senate bill makes a significant number of technical changes, and a handful of more substantive revisions, to the House-passed reconciliation bill. The key changes include:

The Senate-revised bill would also:

See our prior story, “Democrats tweak tax bill for House vote,” for a full analysis of the tax proposals in the reconciliation bill.

The House passed its version of the bill just before Thanksgiving on Nov. 19. That bill includes $1.5 trillion in tax increases and more than $500 million in tax cuts, as well as the bulk of the Democratic spending agenda.

The Senate spent much of the last several weeks focused on raising the debt limit and extending government funding. The release of the new Senate version represents the first significant progress since House passage. The new text was immediately submitted to the Senate Parliamentarian to scrub for possible violations of the reconciliation rules—more commonly known as the “Byrd bath.” This process is named for former senator and long-time Budget Committee Chair Robert Byrd, D-W.V., and the procedure could take more than a week to complete.

Democrats are hoping to complete the bill before year-end in order to extend the enhanced child tax credit in time for the IRS to avoid an interruption in the advance payments. Legislation must be enacted by Dec. 28 for the IRS to send the Jan. 15 payment. The best-case scenario for Democrats appears to be Senate passage before Christmas, with the House subsequently passing the Senate’s amended bill before the New Year.

That timeline may be too optimistic. Both Senate Majority Leader Chuck Schumer, D-N.Y., and House Speaker Nancy Pelosi, D-Calif., are still publicly pushing hard for completion before year-end, but many rank-and-file members and congressional staff have been quietly acknowledging that the process could easily slip into January, especially if the House is unwilling to simply accept all Senate changes. The secondary deadline appears to be President Joe Biden’s State of the Union address, expected in late January. If Democrats cannot reach agreement by then, it may be impossible for them to pass the bill at all.

Many challenges to enactment remain. Even using the reconciliation process to avoid 60-vote procedural hurdles, Democrats cannot lose a single vote in the Senate. Manchin appears to be the biggest hurdle. He has expressed specific objections to several major provisions, including paid leave and union requirements for the electric vehicle credit. More importantly, he continues to have broader concerns with the overall size of the bill and the timing.

He has conspicuously avoided any assurances of overall support in recent comments, and while he said he would leave schedule in Schumer’s hands, he reiterated his personal desire for a “strategic pause.” He has repeatedly expressed concerns with both the new COVID-19 variant and inflation, and could use recent bad news on either front to push to shrink the bill, pause consideration of the bill, or kill it altogether.

Senate Democrats are also struggling to reconcile their differences on the SALT cap. The House bill would temporarily increase the cap to $80,000 beginning in 2021. The Senate is expected to put an income limit on any SALT cap relief, but Senate Democrats cannot agree on a threshold. Sen. Bernie Sanders, D-Vt., is pushing to begin the phase out at $400,000, while Sen. Bob Menendez, D-N.J., is proposing a $550,000 phaseout threshold for singles, and a threshold in the range of $800,000 or $900,000 for joint filers.

Other aspects of the tax title also remain contentious and could continue to evolve. Senate Finance Committee Chair Ron Wyden, D-Ore., is pushing to resurrect a “billionaire’s tax” on unrealized gains, but strong opposition makes the inclusion of this provision a long shot.

Despite the hurdles to enactment, a completed bill in the next several weeks remains very possible.

The new Senate revisions represent an important step forward, but the outlook remains in flux. The potential success of the bill will likely be determined over the next several weeks. Taxpayers should follow the legislative process closely and examine the current provisions to determine the potential impact. Reverse tax planning could still offer rate arbitrage for some investors or pass-throughs whose owners would pay the AGI surtax, domestic corporations benefiting from the deduction for foreign derived intangible income, and CFC owners who will pay tax under the global intangible low-taxed income regime. 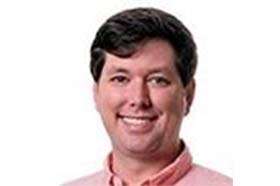 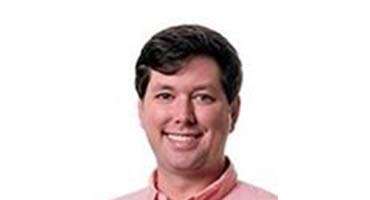