On June 29, 2020, Iowa Gov. Kim Reynolds signed into law H.F. 2641, an omnibus tax bill addressing Iowa’s previous conformity to some provisions of the Tax Cuts and Jobs Act of 2017 (TCJA).1 Further, the legislation adopts partnership audit rules based on the model uniform statute created by the Multistate Tax Commission (MTC). In addition, it applies the federal tax treatment of the Paycheck Protection Program (PPP) enacted as part of the Coronavirus Aid, Relief and Economic Security (CARES) Act of 2020.2 Finally, the legislation clarifies and codifies the existing regulatory provisions regarding the sales tax exemption for computer peripherals.

In 2018, Iowa enacted legislation advancing its conformity to the Internal Revenue Code (IRC) to March 24, 2018, for tax years beginning in 2019.3 As a result, Iowa generally conforms to the federal tax reform provisions contained in TCJA for tax years beginning on or after Jan. 1, 2019. The recently enacted Iowa legislation modifies Iowa’s conformity to two key provisions of TCJA: (i) global intangible low-taxed income (GILTI) under IRC Sec. 951A; and (ii) the interest expense limitation rules contained in IRC Sec. 163(j).

Beginning with the 2019 tax year, Iowa taxpayers are required to subtract GILTI amounts included in federal taxable income when computing Iowa taxable income.4 This legislation also rescinds the Iowa administrative rules addressing the treatment of GILTI amounts.5 Since Iowa did not conform to the GILTI provisions under IRC Sec. 951A for the 2018 tax year under existing law, this legislation effectively excludes GILTI from inclusion in the Iowa tax base.

For tax years beginning on or after Jan. 1, 2020, Iowa shifted from a static IRC-conformity state to a rolling IRC-conformity state.9 As a result, Iowa automatically conforms to the IRC provisions contained within the CARES Act for the 2020 tax year, but not for the 2019 tax year. This disconnect could create different outcomes for the treatment of certain tax provisions included in the CARES Act depending on whether the taxpayer is a calendar-year filer or a fiscal-year filer.

The Bipartisan Budget Act (BBA) of 2015 enacted new federal partnership audit and assessment procedures for tax years beginning after Dec. 31, 2017.11 These new procedures shift the burden for assessing tax after a partnership–level audit from the Internal Revenue Service (IRS) to the partnership.

Under H.F. 2641, Iowa creates a procedure for taxpayers to report changes to federal taxable income that result from federal partnership audits under the procedures detailed in the BBA.12 Such procedures closely align with the model statute adopted by the Multistate Tax Commission.13 Specifically, Iowa’s new law provides for the following:


The deadline for reporting federal partnership audit adjustments to the Iowa DOR is discussed below.16

Under Iowa Code Sec. 422.9(3), Iowa corporate net operating losses (NOLs) are carried back two taxable years, with any excess carried forward for 20 years. This provision also requires that individual taxpayers incurring small business losses or farming-related losses in a presidentially declared disaster area to carry back such losses for three taxable years. Under H.F. 2641, such taxpayers can make an irrevocable election to waive such loss carrybacks for NOLs generated for taxable years beginning on or after January 1, 2020.17

Exemption for sale of computer peripherals

Effective for sales made on or after July 1, 2020, H.F. 2641 expands the existing sales tax exemption for computers under Iowa Code Sec. 423.3.47 to include any “computer peripheral.” This new term is defined as “an ancillary device connected to the computer digitally, by cable, or by other medium, used to put information into or get information out of a computer.”18 Prior to the enactment of H.F. 2641, some (but not all) devices meeting this new definition of “computer peripheral” were already exempt from Iowa sales tax under the expanded definition of “computer” within the Iowa Administrative Code that included devices connected by a signal cable to a computer.19 Because the term “computer peripheral” is codified to capture those devices included in the expanded definition of “computer” within the Iowa regulations, such definitions of “computer” are no longer consistent with the Iowa Code and are rescinded by H.F. 2641.20

Beginning in 2019, several new services such as software as a service (SaaS) became taxable in Iowa.21 The state imposes sales tax on services arising from or related to installing, maintaining, servicing, repairing, operating, upgrading, or enhancing specified digital products.22 The statute is expanded to include these services as they relate to software sold as tangible personal property.23 Under existing law, a taxable “bundled transaction” excludes the retail sale of tangible personal property and a service where the tangible personal property is essential to use of the service, and is provided exclusively in connection with the service, and the true object of the transaction is the service.24 The statute is expanded to include the retail sale of a specified digital product and a service.

For all federal audit adjustments other than those resulting from a federal partnership audit, H.F. 2641 amends Iowa Code Sec. 421.27.2.c to increase the statute of limitations for reporting such audit changes from 60 days to 180 days from the final determination date.

Under existing law, Iowa imposes a penalty for failure to file a tax return equal to 10% of the tax due.28 Furthermore, taxpayers that willfully fail to file a return with the intent to evade tax are subject to the much higher penalty of 75% of the tax due.29 Thus, for taxpayers that simply have a filing requirement with no tax due, the failure to timely file penalty would be $0.

In addition, H.F. 2641 expands the amount due for refunds, credits, reimbursements, rebates, or other payments applied for by fraudulent means to include a 75% penalty of the amounts received or the benefit being claimed.33 Previously, such a taxpayer was only required to remit the amount of the fraudulently obtained payment, plus interest.

Significant changes were made to Iowa’s conformity to the key TCJA provisions of GILTI and IRC Sec. 163(j). Given budgetary constraints, H.F. 2641 did not decouple from the interest expense limitation under IRC Sec. 163(j) for the 2019 tax year. That said, many Iowa corporate taxpayers are relieved that Iowa will not conform to the GILTI provision of TCJA for any tax years, and will only subject Iowa taxable income to the IRC Sec. 163(j) limitation for one tax year. Furthermore, this legislation does not adjust in any way Iowa’s conformity to the deduction allowed under IRC Sec. 250 for foreign derived intangible income (FDII) for tax years beginning on or after January 1, 2019.

Expanding Iowa’s conformity to the PPP provisions of the federal CARES Act to include fiscal-year taxpayers further reduces the complexities and uncertainties surrounding the Iowa income tax ramifications of this emergency program. Several weeks ago, the Iowa DOR issued guidance on its website noting that due to IRC conformity issues, Iowa would conform to the PPP treatment of cancellation of debt income (CODI) and the disallowance of related payroll expenses for the 2020 tax year, but not for fiscal-year taxpayers who might have PPP implications on their 2019 Iowa tax return. Iowa’s expansion of its conformity to PPP to include fiscal-year filers addresses this unique issue to the administrative benefit of all Iowa taxpayers.

Iowa’s adoption of the partnership audit procedures that align with those of the MTC model statute is a positive step in pursuing uniformity in state procedures following federal partnership audit adjustments. As discussed above, the new federal procedures are intended to shift the burden for assessing tax after a partnership-level adjustment from the IRS to the partnership. A federal partnership audit that produces an adjustment may change corresponding state tax liability, and often proves to be problematic for several reasons. For example, the identity of the partners in a partnership may change between the tax year in which the adjustment occurs, and the tax year in which the liability is finally fixed. In addition, while states have not had much opportunity to react to the new federal rules, a lack of uniformity in this area could make things extremely unwieldly for multistate partnerships and their partners. Iowa’s adoption of procedures that align with the MTC model statute should encourage other states to continue following this trend.

On the sales tax front, the Iowa legislation addresses the treatment of the multitude of computer peripherals that have proliferated in the marketplace over the years due to never-ending technological advances. In recent years, Iowa regulations seeking to clarify the definition of a tax-exempt “computer” had expanded beyond the statutory definition of the term, raising concerns that such regulations were in direct conflict with the Iowa Code. Furthermore, these expanded definitions required that the device be connected to a computer by a wired cable, thus failing to address the realities of the recent expansion of Bluetooth and other wireless connectivity of such devices. These concerns created confusion among both the buyers and sellers of these devices. In recent months, the Iowa DOR has worked diligently with both the business community and tax practitioners to draft the language included in H.F. 2641 to alleviate this confusion. By codifying the definition of “computer peripheral” and rescinding the regulations enacted in recent years that expanded the definition of “computer” to include many such devices, these concerns have now been addressed and resolved.

Iowa’s adoption of a 180-day deadline for filing an amended return reporting federal audit changes aligns its reporting requirement with that of several other states. Previously, taxpayers risked penalties if they failed to either notify the Iowa DOR during the course of a federal audit that such an audit was taking place, or if they failed to file an amended return reporting federal audit changes within 60 days of the final disposition of the audit. Increased conformity with a more reasonable 180-day deadline will help in alleviating complexities associated with multistate taxpayers notifying states of the results of federal audits. 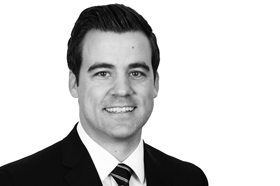 Chris Martin is a Tax partner in Grant Thornton LLP’s Tax Reporting and Advisory practice. He also serves as the office managing partner for the firm’s Boston office.