The IRS has issued proposed regulations (REG-100814-19) clarifying and expanding on the rules for deducting certain business meal and entertainment expenses. The long-awaited regulations build on the guidance issued under Notice 2018-76, expanding ability for taxpayers to deduct a portion of business meals with employees and narrowing eligibility for the full deduction for meal expenses that may have previously been claimed in certain situations as related to employee recreational and social activities.

The proposed regulations implement the legislative changes to meals and entertainment deductions enacted as part of the Tax Cuts and Jobs Act (TCJA), and provide additional guidance on existing exceptions to the 50% limit on meal deductions. Much of the new guidance offers taxpayer-favorable clarifications that could present opportunities for additional permanent deductions, including for certain separately stated food and beverage costs during an entertainment activity and business meals with an employee instead of a customer or client.

However, the proposed regulations also contain some clarifications that may be unfavorable, such as applying the 50% limit to food or beverages provided to employees in company break rooms. Taxpayers should carefully assess the impact of the changes and any opportunities. The proposed rules are not effective until final, but may be relied upon for expenses paid or incurred after Dec. 31, 2017. Taxpayers may also continue to rely on Notice 2018-76 until the final regulations are issued.

The TCJA eliminated the ability for businesses to deduct entertainment expenses (unless certain narrow exceptions apply) for amounts paid or incurred after Dec. 31, 2017. TCJA generally left intact the deduction for meal expenses, which are generally subject to a 50% limit. Certain narrow exceptions to the limit still allow for a 100% deduction for meals in some circumstances, but TCJA repealed the exception to the 50% limit for food or beverages excludable from employee income as a de minimis fringe benefit under Section 132(e). Beginning in 2026, the deduction for these de minimis fringe benefits is scheduled to be eliminated completely when associated with an employer facility.

The repeal of the deduction for entertainment expenses along with the retention of the deduction for meals created uncertainty because the definition of entertainment in the existing regulations is broad enough to include meal expenses. Yet the legislative history clearly provides that taxpayers should still generally be able to deduct 50% of meal expenses associated with operating their business.

In response, the IRS issued Notice 2018-76 in October 2018 to provide that taxpayers may deduct 50% of an otherwise allowable business meal expense if:

The proposed regulations restate the statutory rules under Section 274, which provide that no deduction is allowed for expenses with respect to an activity generally considered to be entertainment, or a facility used in connection with an entertainment activity.

The proposed regulations generally allow a 50% deduction for food and beverages if the following three requirements are met:

Grant Thornton Insight: The IRS received several questions regarding the types of costs to be included in “food or beverage expenses,” and this definition is provided as a response to the requests. However, Section 274(o), which is effective for amounts paid or incurred after Dec. 31, 2025, will include these types of costs, as well as food or beverage expenses themselves, and make any employer-operated eating facility non-deductible. We expect additional guidance addressing this issue in the future.
The proposed regulations introduce and define the term “business associate” as a person with whom the taxpayer could reasonably expect to engage or deal in the active conduct of the taxpayer’s trade or business such as the taxpayer’s customer, client, supplier, employee, agent, partner, or professional adviser, whether established or prospective.

Grant Thornton Insight: The definition of business associate provides additional clarity on whether a taxpayer may deduct 50% of an otherwise allowable business meal expense. Under Notice 2018-76, the food and beverages must be provided to a current or potential business customer, client, consultant or similar business contact. The proposed regulations provide welcome clarification that a business associate includes an employee. This expanded definition is illustrated by an example of allowing a 50% deduction for the food and beverage expenses incurred by the taxpayer where the taxpayer takes an employee out to lunch and discusses the employee’s annual performance review.
The proposed regulations also provide special rules for travel meals. Food or beverage expenses paid or incurred while traveling for business purposes are generally subject to the 50% deduction limitations outlined above, as well as the substantiation requirements provided in Section 274(d). Furthermore, the proposed regulations clarify that no deduction will be allowed for travel meal expenses of a spouse, dependent or others accompanying the taxpayer or an employee of the taxpayer while on business travel, unless 1) the person is an employee of the taxpayer, 2) it is for a bona fide business purpose of the taxpayer, and 3) the expense would otherwise be deductible by the spouse, dependent or other individual.

Exceptions to the food and beverage deduction limitation

The proposed regulations expand on several of the exceptions that are still available to the 50% deduction limitation for food and beverage expenses.

Expenses treated as compensation In general, if an employee is the recipient of food or beverages, the employer is not subject to the deduction limitation to the extent that the expense is treated:

For food and beverage expenses paid or incurred by one person performing services for another, the deduction limitations apply either to the person who makes the expenditure or to the person who actually bears the expense, but not to both, regardless of whether the two persons are in an employer-employee relationship or not.

The proposed regulations distinguish how the reimbursement arrangements should be treated between employees and independent contractors:

The 50% limit does not apply for food or beverage cost for a recreational, social, or similar activity, primarily for the benefit of taxpayer’s employees, provided that such food or beverages are not available under circumstances which discriminate in favor of officers, shareholders, other owners or highly compensated employees. Examples of expenses meeting this exception include holiday parties, annual picnics or summer outings.

Grant Thornton Insight: The proposed regulations, through an example, clarify that free food or beverages provided to all employees in a break room do not meet the 100% exception. According to the example, the mere provision or availability of food or beverages is not a recreational, social or similar activity, despite the fact that employees may incidentally socialize while they are in the break room. Taxpayers should take caution against deducting 100% of such food or beverages.

Items available to the public

Goods or services sold to customers

Grant Thornton Insight: There is an opportunity for restaurants and catering businesses to deduct 100% of their costs for food or beverage items purchased in connection with preparing meals to its paying customers, which are also consumed at a work site by employees who work in the employer’s restaurant or catering business. While the Joint Committee on Taxation’s Bluebook acknowledged this unique fact pattern, taxpayers may now rely on explicit guidance in the proposed regulations.

The proposed rules contain several taxpayer-favorable clarifications that may present potential opportunities for additional permanent deductions. The term “entertainment” no longer includes food or beverages unless provided at or during an entertainment activity and costs are not separately stated from entertainment costs. As such, taxpayers may wish to consider the way in which food or beverages during or at an entertainment activity are purchased or documented in order to treat the expenses as 50% deductible rather than nondeductible. Additionally, the proposed regulations expand the definition of the term “business associate” to include an employee, which may provide an opportunity for taxpayers to deduct 50% of certain meals that were previously limited to business customers or clients.

However, taxpayers should note that not all proposed changes are favorable. Taxpayers should consider that the proposed regulations clarify that complimentary food or beverages provided to employees in company break rooms are subject to the 50% disallowance. Taxpayers that have paid or incurred meal and entertainment expenses after Dec. 31, 2017, should carefully consider the proposed rules and evaluate the deductibility of such costs, along with data capture, documentation and substantiation. 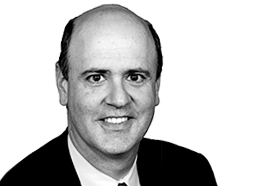 David Auclair is National Managing Principal of the Washington National Tax Office. He consults with clients on a wide range of accounting method issues, including income recognition, deduction timing, capitalization of expenditures, and other specialized methods of tax accounting. 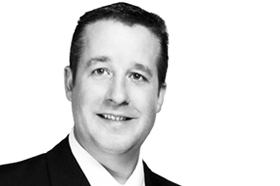