The IRS issued guidance (Rev. Procs. 2020-20 and 2020-27) on April 21, 2020, to address potential tax challenges and uncertainty facing internationally mobile employees impacted by COVID-19 and their employers.

Whether an individual has been infected personally, Rev. Proc. 2020-20 acknowledges that travel has been significantly restricted through quarantine, stay-at-home orders, flight cancellations and disruptions or the cascading implications of governments taking measures to restrict the spread of the virus. Recognizing the potential health considerations in traveling and that individuals may “feel unsafe,” the IRS has provided very wide applicability of the guidance to cross-border taxpayers.

The two revenue procedures specifically address individual federal tax residency, the availability of relief under U.S. double tax treaties, and qualification for income exclusions in alleviating unintended tax consequences for international employees. However, it is uncertain whether these measures will be sufficient in the event of a prolonged U.S. lockdown. Questions also remain on their practicality for some individuals and how they align with tax relief announced by other countries.

Rev. Proc. 2020-20 contains relief for individuals who are present in the United States during present travel restrictions and who are regarded as non-resident aliens or would be were it not for the impact of COVID-19 on their travel. Federal tax residency is determined by the substantial presence test (SPT), which under Section 7701(b) applies to individuals who are not resident as U.S. citizens or lawful permanent residents (“green card” holders). An individual will be regarded as tax resident if they are present in the United States for 31 days in the current tax year and a total of 183 days or more taking into consideration all current year days of presence, one third of prior year, and one sixth of the year prior to that.

Days spent in the United States for medical reasons may be excluded from counting towards the SPT if an individual intended to leave but was prevented from doing so for medical reasons. This exception does not apply where the medical condition existed prior to travel to the United States and was known to the individual. To claim the exclusion of days, Form 8843, “Statement for Exempt Individuals and Individuals With a Medical Condition” must be filed with a tax return, or be available on request if a return does not need to be filed.

The IRS has extended the medical condition exception for time spent in the United States during this time. An individual can exclude a single period of 60 consecutive days of U.S. presence, known as their “COVID-19 Emergency Period,” from counting towards the SPT, provided they meet all of the following requirements:


Importantly, in extending the medical condition exception to the SPT, COVID-19 will not be regarded as a pre-existing condition irrespective of the country in which the individual’s travel originated. Similarly, the fact the individual intended to leave the United States during the COVID-19 Emergency Period is presumed rather than requiring evidence to substantiate prior travel plans.

The IRS also provides guidance on the steps to claim the COVID-19 Emergency Period, where taxpayers include Form 8843 in their 2020 tax return. Where other exceptions to the SPT apply, such as where an individual maintains a ‘closer connection’ to a foreign country or can claim residency in another country under a double tax treaty, they may still be claimed.

The Rev. Proc. 2020-20 also addresses individuals who could exclude their employment income from U.S. taxation under the terms of a double tax treaty but would otherwise be prevented from doing so as a result of an increased number of US days of presence. While U.S. double tax treaties include differing provisions, the U.S. model treaty outlines that a resident of a treaty partner country, who is not a U.S. citizen or green card holder, may exclude employment income from U.S. tax if they meet all the following conditions:


The COVID-19 Emergency Period exclusion of 60 days of presence may also be used to reduce those counting towards the treaty days count. Individuals do not need to qualify as an “Eligible Individual” in order to claim this exclusion and must indicate the claim on Form 8843 in their tax return.

Where an individual also claims relief from U.S. tax withholding under a double tax treaty, they must file Form 8233, “Exemption From Withholding on Compensation for Independent (and Certain Dependent) Personal Services of a Nonresident Alien Individual,” with the U.S. employer if one has not previously been filed. There is no additional requirement to indicate the exclusion of days on Form 8833, “Treaty-Based Return Position Disclosure Under Section 6114 or 7701(b).” If a new form is not provided or tax has been withheld, an individual can include a statement in their tax return that includes the relevant information that would be included to provide relevant COVID-19 Emergency Period details.

COVID-19 has seen some employees choose to return to the United States rather than remain overseas, which could have an impact on eligibility for certain income exclusions. Section 911 of the Internal Revenue Code allows certain U.S. taxpayers working overseas to mitigate federal taxation on overseas earnings by claiming the Foreign Earned Income Exclusion and/or Foreign Housing Exclusion on Form 2555 in their tax return.


Taxpayers who may otherwise qualify under these tests but have to leave a foreign country because of adverse circumstances can benefit from the exclusions where the IRS provides a waiver. Rev. Proc. 2020-14 previously outlined countries where a waiver applies.

Rev. Proc. 2020-27 provides a significant extension of the waiver to all countries where individuals have had to leave after the following dates due to COVID-19:


Importantly, an individual must have been present or resident in the foreign country before the starting dates outlined above. For example, an individual who moved to China for a two-year assignment on July 1, 2019, and who returned before Dec. 1, 2019, would not be eligible for the waiver.

While unqualifying criteria are waived for the bona fide resident or physical presence tests, the individual may claim a pro-rata amount of the exclusions for the periods they were present in the foreign country if they can establish a ‘reasonable expectation’ they would have otherwise have been outside the United States.

The effect of the additional COVID-19 relief

The measures outlined in the two revenue procedures provide many taxpayers with greater certainty in determining the effect of COVID-19 on their 2019 and 2020 taxes. While they address the current COVID-19’s impact, uncertainties will continue to linger for some taxpayers.

The measures will be welcomed by internationally mobile taxpayers in providing some clarity in managing their U.S. taxes. Individuals should review how these might apply to their specific circumstances and monitor future announcements from the IRS for additional developments. 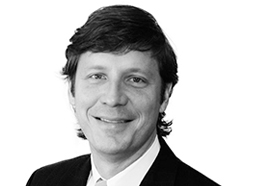 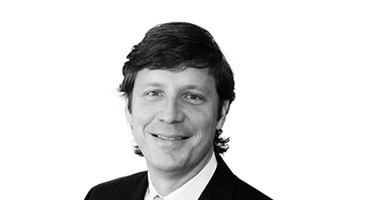