The final regulations adopt the general structure and approach of proposed regulations issued in December 2018, which exercised a broad grant of authority provided under Sections 267A and 245A(e) to implement far-reaching rules targeting hybrid dividends, hybrid transactions and other transactions with hybrid entities. They also make several helpful clarifications and changes in response to many comments received by taxpayers. The final regulations generally apply to tax years which begin after Dec. 31, 2017, and end on or after Dec. 20, 2018. However, some provisions are subject to a special applicability date (i.e. tax years beginning on or after Dec. 20, 2018).

The new proposed regulations expand current anti-conduit rules under Section 881 and create new rules related to adjustments to hybrid deduction accounts (HDA) and the deductibility of certain pre-payments made in the global intangible low tax income (GILTI) gap period. The new proposed regulations have varying applicability dates, which are described in detail later in this article.

The TCJA enacted two new provisions targeting so-called “hybrid arrangements,” which generally look to exploit differences in the tax treatment of a transaction or entity under the laws of two or more tax jurisdictions to achieve double non-taxation, double deductions, or other tax benefits resulting from inconsistent treatment between local law and U.S. law.

The TCJA amendments came on the heels of an international response to hybrid arrangements in Action 2 of the Organisation for Economic Co-operation and Development’s (OECD) Base Erosion and Profit Shifting (BEPS) Project that addressed hybrid and branch mismatch arrangements. The new provisions include Section 245A(e), which denies the dividends received deduction under Section 245A with respect to hybrid dividends, and Section 267A, which denies certain interest or royalty deductions involving hybrid transactions or hybrid entities.

The 2018 proposed regulations generally implemented the Section 245A(e) provisions that deny a dividends received deduction (DRD) with respect to a hybrid dividend received by a domestic corporation from a CFC. The rules provide that if a U.S. shareholder of a CFC receives a “hybrid dividend” the recipient is not allowed a DRD and foreign tax credits and deductions are also disallowed with respect to the dividend.

In general, a dividend is a “hybrid dividend” if it would otherwise qualify for the Section 245A DRD, and the CFC (or a related person) paying the dividend is or was allowed a hybrid deduction or other tax benefit under relevant foreign tax law with respect to such dividend. The proposed regulations defined hybrid deductions and provided operating rules that require a connection between the hybrid deduction or other tax benefits under the relevant foreign tax law and the instrument that is stock for U.S. tax purposes.

To address situations where a dividend and a hybrid deduction are recognized in different taxable years, the 2018 proposed regulations instituted a tracking system. The tracking system requires maintenance of an HDA by either the domestic corporation or the CFC receiving the dividend. A dividend paid by a CFC to a shareholder that has an HDA is generally treated as a hybrid dividend or a tiered hybrid dividend to the extent of the shareholder’s balance in all its HDAs with respect to the CFC.

The final regulations under Section 245A(e) largely adopt the structure discussed above but do make several revisions. The most significant clarifications, changes and departures made are highlighted below.:

The final regulations make several changes and clarifications with respect to HDAs following a stock transfer:

Post-TCJA, taxpayers have numerous attributes to track with respect to both domestic and foreign corporations. HDAs will need to be continually tracked and monitored. The final regulations provide helpful guidance surrounding the treatment of HDAs following a stock transfer. These attributes should be considered in the M&A context when conducting due diligence.

Regulations under Section 267A The 2018 proposed regulations implemented the provisions of Section 267A by disallowing deductions of “specified parties” for certain interest and royalty payments made to related parties. A specified party is defined to be either a tax resident of the United States, a CFC with at least one U.S. shareholder (i.e., a U.S. person that owns at least 10% directly or indirectly by vote or value of the stock of the CFC), or a U.S. taxable branch of a foreign corporation.

The deduction disallowed under Section 267A is limited to the amount of the no-inclusion aspect of a D/NI situation. The 2018 proposed regulations provide that only “tax residents” or “taxable branches” are considered to include an amount in income. A payment is included in income of a tax resident or taxable branch to the extent that under its local tax law it is included in the tax base and taxed at the full marginal tax rate imposed on ordinary income and not reduced or offset by exemptions, credits or other preferential regimes. Additionally, income that is deferred beyond 36 months is treated as a no-inclusion outcome under a “long-term deferral” provision.

The rules implemented in the 2018 proposed regulations generally only apply to one of three categories of payments consisting of disqualified hybrid amounts, disqualified imported mismatch amounts and specified payments satisfying anti-abuse requirements. A disqualified hybrid amount is a payment that produces a D/NI outcome as a result of a hybrid or branch arrangement. These would include payments with differing characterizations by the payor and the payee (e.g., payments treated as interest expense by payor, but as equity by payee) and payments that are disregarded under the payee’s tax law but regarded by the payors. A disqualified imported mismatch amount is a payment that produces an indirect D/NI outcome as a result of the effects of an offshore hybrid or branch arrangement being imported into the United States. These would include non-hybrid payments to a foreign recipient for which the income is offset by a hybrid deduction. Finally, the anti-abuse requirements would be satisfied by any payment made pursuant to a transaction the principal purpose of which was to avoid the purposes of the regulations and that produces a D/NI outcome. Examples may include certain structured transactions and use of intermediaries to avoid the purposes of Section 267A.

Imported mismatch rules The general approach taken in the 2018 proposed regulations with respect to the imported mismatch rule has been retained by Treasury and the IRS, however changes have been made to reduce complexity and help facilitate compliance with the rule:

Other issues addressed in the final regulation package

Although the final Section 267A regulations follow many of the provisions contained in the proposed regulations, they do contain numerous changes and modifications. Intercompany interest and royalty arrangements should be reviewed to assess the impact of these final regulations.

Under existing conduit financing regulations, an instrument that is treated as equity for U.S. tax purposes generally will not be characterized as a financing transaction, even though the instrument gives rise to a deduction or other benefit under the tax laws of the issuer’s jurisdiction. The 2020 proposed regulations under Section 881 expand the current rules related to conduit financing arrangements. Under existing regulations, an instrument that was treated as equity for U.S. tax purposes would not be treated as a financing transaction unless it contains provisions that provide the holder with significant redemption and other rights under the existing regulations.

The 2020 proposed regulations include two new situations in which financial instruments would be treated as a financing transaction: 1. financial instruments are treated as financing transactions if a deduction or other tax benefit is allowed to the issuer on amounts paid, accrued or deemed to be paid (including notional interest deductions) under the laws of the issuer’s country, or 2. a person related to the issuer that is under the issuer’s country of residence allowed a refund or tax credit for taxes paid by the issuer on amounts paid, accrued, or distributed without regard to the related person’s tax liability in the tax laws of the issuer.

The proposed anti-conduit regulations could impact a number of financing arrangements that previously were not subject to the conduit rules. Equity instruments that generate tax deductions or refunds would become subject to the conduit rules upon finalization of these rules. Existing financing structures should be reviewed in light of these rules and the Section 267A final regulations for applicability and impact.

The 2020 proposed rules under Section 245A(e) are proposed to apply to tax years ending on or after the related final regulation is published in the Federal Register, although they may be relied on by taxpayers if applied consistently.

Proposed rules under Section 951A The GILTI final regulations include a rule that provides that a deduction attributable to basis created by the transfer of property from a CFC to a related CFC during the period after Dec. 31, 2017, the final date for measuring E&P for purposes of Section 965, and before the date on which Section 951A first applies with respect to the transferor CFC’s income (i.e. the “GILTI gap period), is allocated and apportioned solely to residual CFC gross income. The purpose of the rule is to ensure that taxpayers cannot take advantage of the GILTI gap period to enter into transaction that would have the effect of reducing their tested income or increasing their tested loss over time, without resulting in any current tax cost.

The 2020 proposed regulations expand the aforementioned rule to address other transactions in the GILTI gap period that may create a similar benefit, such as deductions attributable to pre-payments such as prepaid rents and royalties. Accordingly, a deduction by a CFC related to a deductible payment to a related recipient CFC during the GILTI gap period is treated as allocated and apportioned solely to residual CFC gross income. 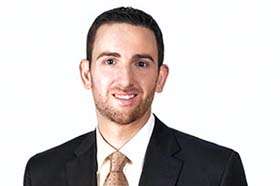 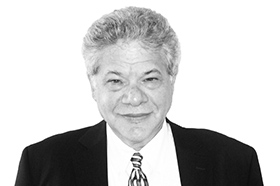