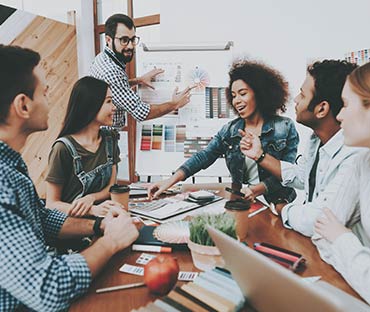 The IRS recently released long-awaited proposed regulations (REG-122180-18) on the new version of Section 162(m) that incorporate most of the initial, interim guidance provided in Notice 2018-68, but also make a number of significant changes. In addition, the proposed regulations provide guidance in areas not covered by the notice, including several provisions in the existing regulations that were not directly changed by the Tax Cuts and Jobs Act (TCJA).

Section 162(m) limits a public company’s annual compensation deduction to $1 million for each covered employee, and was amended by the TCJA. The proposed regulations address the new definitions of “publicly held corporation” and “covered employee” and the grandfather relief for the TCJA changes to Section 162(m). They also make significant changes to the existing regulations, such as eliminating the transition relief for new public companies, expanding the reach of the affiliated group rules to include private parent corporations, and requiring compensation paid by a partnership to a covered employee of a corporate owner in the partnership to be included in the compensation subject to Section 162(m).

Companies should re-evaluate their deferred tax assets for compensation items to determine whether adjustments should be made. For calendar-year companies, this should be done for the fourth quarter statement.

More detailed information on the rules is provided below.

Background Section 162(m) limits a public company’s annual compensation deduction to $1 million per covered employee. Prior to the TCJA’s enactment, a covered employee was defined as the CEO, or an individual serving such a role, and the company’s three highest-paid officers, other than the CEO and CFO, as of the last day of the taxable year (the CFO was thus excluded entirely as a covered employee). More notably, companies could exclude qualified performance-based compensation and commissions from the $1 million annual limit.

The TCJA made three major changes to Section 162(m), which are statutorily effective for taxable years beginning after Dec. 31, 2017:

When determining whether the executive is among the top three paid employees other than the CEO and CFO, the company will be required to calculate the amount of an executive’s compensation pursuant to the applicable SEC rules for executive compensation disclosure. This is typically different from the executive’s Form W-2 compensation or the amount of otherwise deductible compensation. This may mean that officers who have never been reported on the proxy statement are included in the top three paid group because of severance and other payments in the year of termination.

Under the pre-TCJA rules, the $1 million limit often did not apply to a public company’s short taxable year because the public company generally did not file a proxy statement disclosing officer compensation for the short period. Because the definition of a covered employee was directly tied to the executive compensation required to be disclosed on the proxy statement, there were no covered employees for that short taxable year.

In contrast, under the amendments made to Section 162(m) and the proposed regulations, if a company has a short taxable year for which a proxy statement is not filed, the company will have covered employees for that short year. The top three paid officers other than the CEO and CFO are determined based on calculating compensation under the SEC rules for executive compensation disclosure, treating the short-taxable year as a fiscal year. This will require a special calculation of compensation pursuant to the SEC disclosure rules, taking into account payments related to a change in control if the change in control results in a short taxable year.

Under the proposed new rules, a corporation’s covered employees include covered employees of a “predecessor” public corporation for any preceding taxable year beginning after Dec. 31, 2016. The proposed regulations address the identification of predecessor corporations under various situations, including the types of transactions that result in predecessors. These include corporate reorganizations, corporate divisions (e.g., spin-offs), stock acquisitions and asset acquisitions. The proposed regulations also address situations in which the target company in the transaction was publicly held at one point, but was privately held immediately before the transaction.

The proposed regulations also provide other guidance with respect to the definition of a publicly-held corporation, including the following:


TCJA grandfather rule In determining whether a contract is binding under the TCJA grandfather rule, the IRS effectively defers to the law applicable to that specific contract, such as state contract law. To the extent a contract was in effect on Nov. 2, 2017, any amount a corporation would be obligated to pay pursuant to that contract under applicable law is not subject to the amendments made to Section 162(m) by the TCJA. This is especially important when determining whether performance-based compensation is grandfathered and exempt from the $1 million limit and how the definition of “covered employee” is applied.

The proposed regulations do not provide a safe harbor for determining whether compensation is paid pursuant to a written binding contract. They still require the determination to be made under applicable law, which is generally state contract law. This leads to some uncertainty as to how state law applies when a compensation plan or agreement includes negative discretion.

The proposed regulations also address clawback provisions included in compensation plans. These provisions generally require or permit the corporation to recoup compensation paid to employees if it is later determined that the compensation should not have been paid to the employee. For example, an employee may have been paid a bonus because the original financial statements show that the applicable performance goals were achieved. If it is later determined that the financial statements were incorrect and the performance goal was not achieved, a clawback provision may require an employee to repay all or a portion the bonus.

Under the proposed regulations, if there is a clawback, but the employee is entitled to retain the remaining portion of the compensation under applicable law, the remaining portion is considered paid under a binding contract. In addition, if a company has discretion to recoup compensation, only the amount of compensation that the corporation is obligated to pay under applicable law that is not subject to the discretionary clawback is considered a binding contract.

Compensation that exceeds the amount a corporation is required to pay under applicable law, however, will be subject to the amended Section 162(m) rules. This same treatment also applies to compensation paid under a written binding contract that is renewed after Nov. 2, 2017, as well as to contracts that automatically renew thereafter or are slated to terminate after that date, but are ultimately renewed, provided the corporation possessed the power to terminate the contract without the employee’s consent.

A “material modification” is generally defined as an amendment that increases the compensation payable to the employee. This includes an acceleration of compensation, unless it is discounted to reflect the time value of money, and a deferral of compensation, unless the amount ultimately paid to the employee does not exceed a reasonable rate of interest or predetermined return on investment adjusted for actual gains or losses.

Supplemental contracts providing for increased compensation generally are considered material modifications if the facts and circumstances show the compensation is based on substantially the same elements or conditions as compensation otherwise paid under the written binding contract. However, a material modification does not include supplemental payments equal to or less than a reasonable cost-of-living increase over the payment made in the prior year pursuant to the written binding contract. But the amount of the cost-of-living adjustment is not a grandfathered amount.

The definitions of “written binding contract” and “material modification” are proposed to apply to taxable years ending on or after Sept. 10, 2018.

According to the IRS, this transition relief is no longer needed because the performance-based compensation exemption no longer applies. As a result, corporations do not need time to change their plans and obtain shareholder approval.

The elimination of this transition relief is proposed to be effective for corporations that become publicly held after Dec. 20, 2019. Companies that became publicly held prior to that date may still rely on the transition relief in the existing regulations through the end of the applicable reliance period, even if the reliance period extends beyond Dec. 20, 2019.

The proposed regulations clarify that compensation includes an amount that is includible in the income of, or is paid to a person other than, the covered employee. This includes payments to a beneficiary after the death of an employee. It also likely includes payments that are directed to an alternate payee, such as under a divorce decree.

Next steps Section 162(m), as amended, generally applies to taxable years beginning on or after Jan. 1, 2018. The regulations are proposed to apply to compensation that is otherwise deductible for taxable years beginning on or after the date the final regulations are published. However, as noted above, several of the provisions in the regulations are proposed to be effective for earlier taxable years. Companies should re-evaluate their deferred tax assets for compensation items to determine whether adjustments should be made. For calendar year companies, this should be done for the 2019 fourth quarter statement. Any written or electronic comments regarding the proposed regulations must be received by the IRS by Feb. 18, 2020.